French President Emmanuel Macron on Friday (2 October) demanded that Turkey explain what he said was the arrival of jihadist fighters in Azerbaijan – and urged NATO to face up to its ally’s actions.

“A red line has been crossed, which is unacceptable,” Macron said. “I urge all NATO partners to face up to the behaviour of a NATO member.

“France’s response is to ask Turkey for an explanation on this point,” he said.

Macron was speaking after a summit in Brussels at which EU leaders agreed to threaten Turkey with sanctions over its gas drilling in Cypriot waters.

But the French leader was also infuriated by events in disputed Nagorno-Karabakh, where there has been heavy fighting between Armenian and Azerbaijani forces.

He alleged that intelligence reports had established that 300 Syrian fighters drawn from “jihadist groups” from the Syrian city of Aleppo had passed through the Turkish city of Gaziantep en route for Azerbaijan.

“These fighters are known, tracked and identified,” he alleged, adding that he would call Turkey’s President Recep Tayyip Erdoğan “in the coming days.”

He also said he had spoken to Russian President Vladimir Putin, making it clear that the two shared the same concerns.

France and Russia, together with the US, are the three members of the OSCE Minsk Group, created in 1992 to encourage a negotiated resolution to the Nagorno-Karabakh conflict. 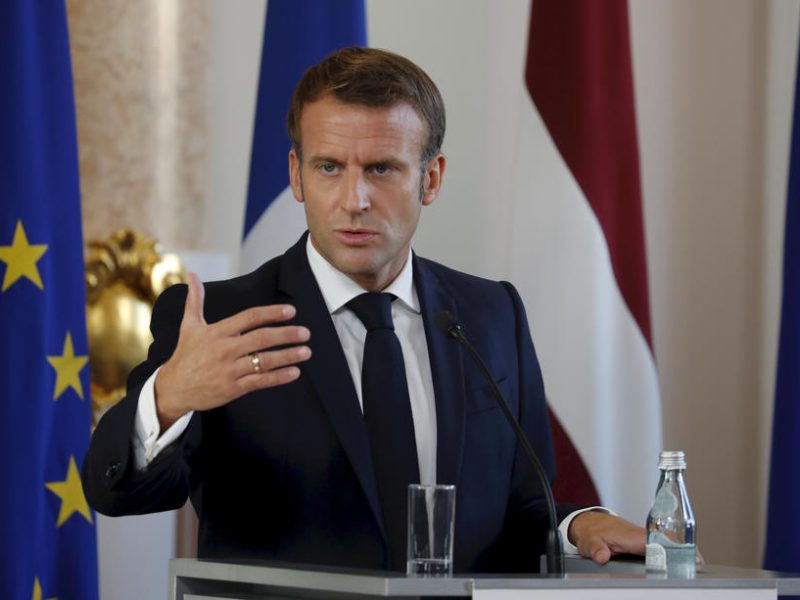 Armenia too has accused Turkey of sending mercenaries to back its ally Azerbaijan and on Monday the Britain-based Syrian Observatory for Human Rights said Ankara had dispatched at least 300 proxies from northern Syria.

From the perspective of Turkey, France has a clear pro-Yerevan bias, due to the sizeable Armenian diaspora.

Armenia and Russia are both members of a military alliance, the Collective Security Treaty Organization (CSTO), along with four other ex-Soviet countries, a relationship that Armenia finds essential to its security vis-à-vis its arch-foe Azerbaijan.

Nagorno-Karabakh has seen many flare-ups of hostilities, but this is the first time when the conflict risks degenerating into a regional conflict. 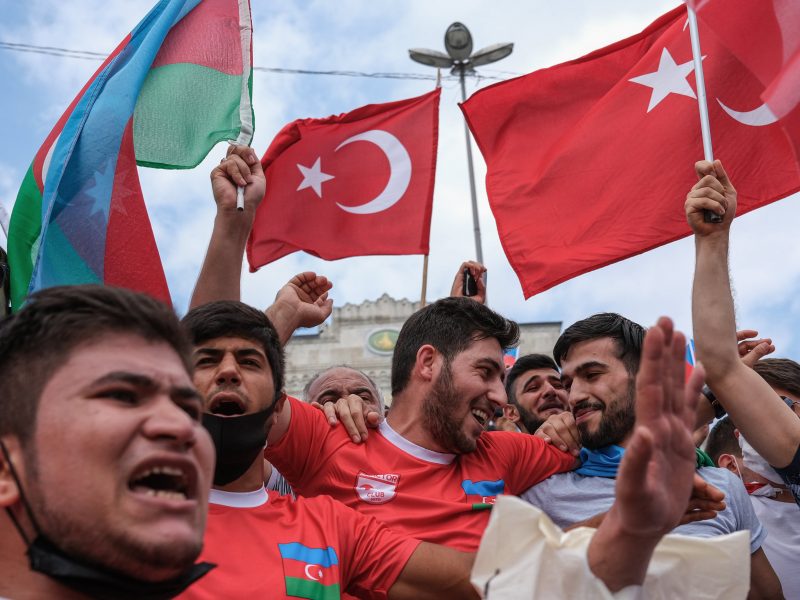 Nagorno-Karabakh is officially a territory of Azerbaijan, but Baku lost control of the region after a war in the early 1990s that claimed 30,000 lives. Ethnic cleansing was conducted and now there are no Azeris in Nagorno-Karabakh.

According to Baku, 80,000 Azeris were forced out from these territories by Armenian military forces through violent ethnic cleansing.

The region is not recognised as independent by any country, including Armenia. Doing so would certainly constitute a casus belli for Azerbaijan. There are no diplomatic relations between Baku and Yerevan – in fact the two countries are technically at war.

The EU keeps its distance from the conflict, considering that the Minsk Group is the appropriate form to address the issues. Up to now, EU statements have been drafted in a style under which Armenia and Azerbaijan take equal blame for the Nagorno-Karabakh conflict.

Both Armenia and Azerbaijan are part of the same landmark EU initiative – the Eastern Partnership.