Mammadyarov and Mogherini in Brussels on 4 April 2019. [Council newsroom]

In an exclusive interview with EURACTIV last October, Azerbaijan’s Foreign Minister Elmar Mammadyarov said his country hoped the agreement could be initialed under the term of the present Commission, which is set to end on 1 November.

Speaking to the press after an EU-Azerbaijan Cooperation Council, the 16th of its kind, Mogherini said Brussels and Baku were at “the final, crucial phase” of talks on the “new, ambitious bilateral agreement”.

Unlike Ukraine, Georgia and Moldova, all of which have signed association agreements with the EU, as well as “deep and comprehensive free trade agreements”, Azerbaijan, a country rich in oil and gas, seeks very close relations with the EU, stopping short of regulatory alignment.

Mammadyarov said there were “technical issues” on which his country had demonstrated flexibility, but expected the same from the EU. Reportedly, these refer to trade.

EURACTIV asked Mogherini and Mammadyarov to be more specific, and Mogherini said that at this stage of the negotiations, there was a golden rule not to comment publicly on details.

“Whenever there is a strong political will, things become realistic, so inshallah, we might get there”, she said.

Mammadyarov said that irrespective of which chapters were still outstanding, the most important was the good will. He said Azerbaijan hoped that the parts where there is agreement would be initialised. “My impression is that there is good will,” he said.

EURACTIV also asked about the prospects for solving the Nagorno-Karabakh issue, where a positive momentum has been observed, and the role of the EU in the process.

Mogherini answered that the Organisation for Security and Cooperation in Europe (OSCE) had the leading role in this process while the EU was preparing to assist the future settlement and was already accompanying the process, investing in people-to-people contacts, working with society, and encouraging the parties to engage constructively.

Last week the EU welcomed the first high-level meeting of the leaders of Azerbaijan and Armenia over the Nagorno-Karabakh conflict, held in Vienna under the so-called Minsk group of OSCE. 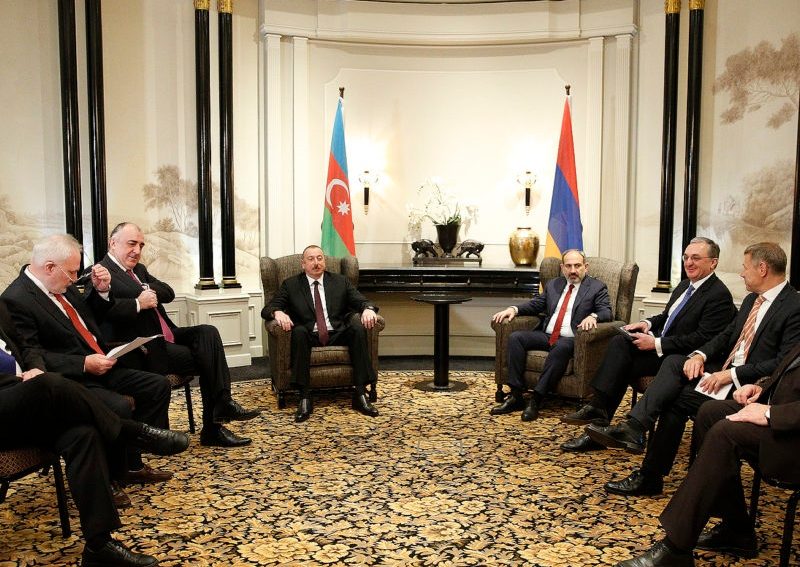 Conflicting messages about the Nagorno-Karabakh conflict have been aired in recent days: “Territories for peace” and a “new war for new territories”.  But the European Union made it clear it trusted the messages of peace.

On Nagorno-Karabakh, Mammadyarov regretted the statement of Armenia’s Defence minister three hours after the Vienna meeting.

“One thing is for sure: military must go back to their barracks”, he said. “Military can create a lot of trouble, not solutions.”

Southern Gas corridor and the Western Balkans: next decade

EURACTIV asked about the future of the Southern Gas Corridor (SGC), a project to bring Azeri gas to the southern part of Italy, with a bifurcation from Greece into Bulgaria and further in the Balkans. Mammadyarov said in his initial statement that the project was on track to reach Italy in 2020 and could be expanded in other countries, particularly in the Balkans.

For the gas to reach the Balkans, Bulgaria must complete the Greece-Bulgaria interconnector, a project that has experienced many delays.

Answering this question, Mammadyarov seemed open-minded about the timing. He emphasised that most of the Balkan countries had shown interest in being connected to SGC, including at an advisory meeting of the SGC held in February.

“Now what we need to do is to make some good assessment that this strategic approach will be moved for the next decade.”

He added: “Supplying Italy is not the end of SGC. [The project] has the ability to be [reach] other parts. The Balkan states are very much interested”.

One response to “Mogherini: ‘Inshallah, EU and Azerbaijan will soon finalise their agreement’”