Russian President Vladimir Putin and French leader Emmanuel Macron called for a “complete” halt to fighting in Nagorno-Karabakh and said they were ready to intensify diplomatic efforts to help solve the conflict.

“Vladimir Putin and Emmanuel Macron called on the warring sides to halt fire completely and as soon as possible, de-escalate tensions and show maximum restraint,” the Kremlin said on Wednesday (30 September).

In a telephone conversation that came at Macron’s initiative, the two leaders discussed “concrete parameters of further cooperation, first and foremost within the framework of the OSCE Minsk Group,” the Kremlin said in a statement.

The leaders expressed “readiness” to see a statement made on behalf of the co-chairs of the Minsk Group — Russia, France and the US — that would call for an “immediate” end to fighting and start of talks, the Kremlin added.

Putin also told Macron that any attempts to meddle in affairs of a third country were “unacceptable” as the two discussed Belarus, the Kremlin said.

Putin noted Russia’s “principled position” that “any attempts to interfere in internal affairs of a sovereign state and outside pressure on legitimate authorities are unacceptable,” the Kremlin said.

The phone call between the two leaders came after Macron met Belarusian opposition figure Svetlana Tikhanovskaya in Vilnius on Tuesday. The Kremlin statement made no mention of the meeting.

Belarus has seen weeks of protests following an election in which strongman Alexander Lukashenko was declared a landslide winner but the opposition says was rigged.

France under Macron has pursued a policy of dialogue with Russia, a position that has sometimes put him at odds with EU allies. 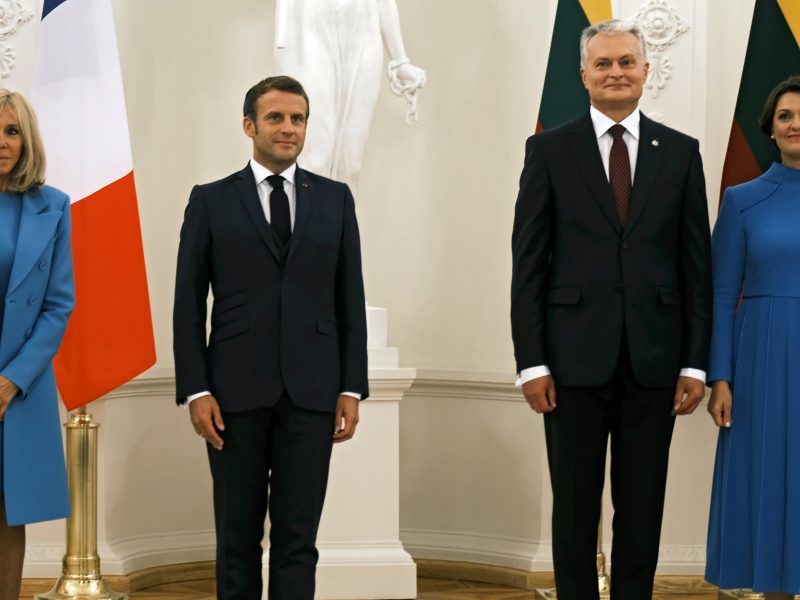 French President Emmanuel Macron insisted on Monday (28 September) that Europe should cooperate with Russia to build peace in Europe, despite calls among European Union peers to review his stance towards Moscow after the poisoning of a Russian opposition leader.

But it has recently started to match Berlin’s tougher rhetoric, with the French foreign ministry describing the poisoning of Russian opposition leader Alexei Navalny as a “criminal act”.

Last week, the French daily Le Monde reported that in a phone call when Macron demanded that Putin shed light on the incident, the Russian leader had suggested that Navalny may have taken the poison himself “for a non-specified reason”.