A still image taken from a handout video footage made available 9 November 2020 on the official website of the Azerbaijan's Defence Ministry shows view of Shusha fortress in the town of Shushi (another spelling Shusha) after the Azerbaijani Army took the town under its control, in Nagorno-Karabakh. [Handout photo/EPA/EFE]

Russian peacekeeping troops deployed to the war-ravaged enclave of Nagorno-Karabakh in the early hours of Tuesday (10 November) as part of a Russia-brokered ceasefire deal. Reactions in Yerevan suggest that the deal seals a defeat for Armenia and territorial gains for Azerbaijan.

Armenia, Azerbaijan and Russia said they have signed a deal with to end the military conflict after six weeks of bloodshed.

“The signed trilateral statement will become a (crucial) point in the settlement of the conflict,” Aliyev said in a televised online meeting with Russian President Vladimir Putin.

The deal, agreed by Armenia, Azerbaijan and Russia, ushered in a full ceasefire from midnight Moscow time on 10 November, freezing a conflict that in the last six weeks has killed thousands, displaced many more and threatened to plunge the wider region into war.

The territory is internationally recognised as part of Azerbaijan but populated and, until recently, fully controlled by ethnic Armenians who have been relentlessly pushed back by the armed forces of Azerbaijan in six weeks of heavy fighting. Ethnic cleansing has been conducted in the 1990s and the Azeri population has been expelled.

Baku said earlier on Monday it had seized dozens more settlements in Nagorno-Karabakh, a day after proclaiming victory in the battle for the enclave’s strategically positioned second-largest city.

The Azeri advance however was marred by an incident. On Monday Azerbaijan has admitted mistakenly shooting down a Russian Mi-24 military helicopter over Armenia, killing two crew members and injuring a third. In a statement, Azerbaijan apologised, offering to pay compensation.

But it looks like the capture of the city called Shusha by Azeris but known by Armenians as Shushi had been a turning point.

It sits on a mountaintop overlooking Stepanakert, the city regarded as the enclave’s capital by its ethnic Armenian administration.

Under the deal, Azerbaijan will get to keep all of its territorial gains, including the enclave’s second city of Shusha, and ethnic Armenian forces must hand over control of a slew of other territories between now and 1 December. 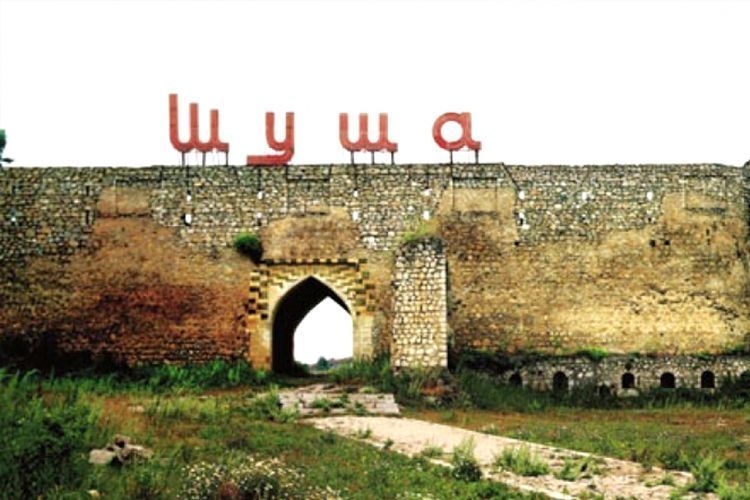 The fortress city of Shusha that sits in the very heart of Karabakh has been the primary Azeri objective since the start of the war and the battle expected in the period around mid-November is going to decide the Karabakh war, writes Neil Hauer.

Russian peacekeepers will stay in place for at least five years. Putin said they would be deployed along the frontline in Nagorno-Karabakh and in a corridor linking the region and Armenia.

“We are operating on the premise that the agreements will create the necessary conditions for a long-term and fully-fledged settlement of the crisis around Nagorno-Karabakh on a fair basis and in the interests of the Armenian and Azeri peoples,” Putin said.

The Russian defence ministry said it had started deploying 1,960 servicemen, who were en route to an unnamed air base to be airlifted along with their equipment and vehicles.

The deal is likely to be seen as a sign that Russia is still the main arbiter in the two former Soviet republics, though the scale of Turkish involvement remained unclear and Ankara’s interest in the region has sharply increased.

Turkey staunchly supported Azerbaijan, while Russia has a defence pact with Armenia and a military base there.

Ankara said on Tuesday that a the cease-fire deal had secured important gains for its close ally Azerbaijan in the conflict with Armenia.

“The brotherly Azerbaijan has achieved an important gain on the battleground and table. I sincerely congratulate this sacred success,” Turkey’s Foreign Minister Mevlüt Çavuşoğlu said on Twitter. “We will continue to be one nation, one spirit with our Azeri brothers.”

Arayik Harutyunyan, the leader of the internationally unrecognized Nagorno-Karabakh region, said on Facebook that he gave agreement “to end the war as soon as possible”.

“The decision is made basing on the deep analyses of the combat situation and in discussion with best experts of the field,” Prime Minister Pashinyan said.

Ilham Aliyev, the president of Azerbaijan, said Turkey would also be involved in peacekeeping efforts. There was no immediate word from Ankara.

In Armenia, Prime Minister Pashinyan tried to put a brave face on the situation.

“The decision was made based on a deep analysis of the combat situation and in conjunction with the best experts,” he said of the deal on social media.

“This is not a victory, but there is no defeat until you consider yourself defeated. We will never consider ourselves defeated and this shall become a new start of an era of our national unity and rebirth.”

Unrest broke out in Yerevan, the Armenian capital, however, as several hundred protesters gathered in front of government buildings to protest against the deal and demand to see Pashinyan.

They shouted “We will not give it up,” referring to Nagorno-Karabakh.

Video posted on social media showed dozens of people breaking into a government building and the parliament and smashing up furniture inside. Pashinyan said anyone involved in the unrest would be severely punished.

Protests broke out in Armenia's capital after Prime Minister Nikol Pashinyan made the "unspeakably painful" and "extremely difficult" decision to sign an agreement with Russia and Azerbaijan to end the war in #NagornoKarabakh #Artsakh https://t.co/UCJHlX359i

Videos seen on social media showed crowds inside the building, but the prime minister’s location was unclear.