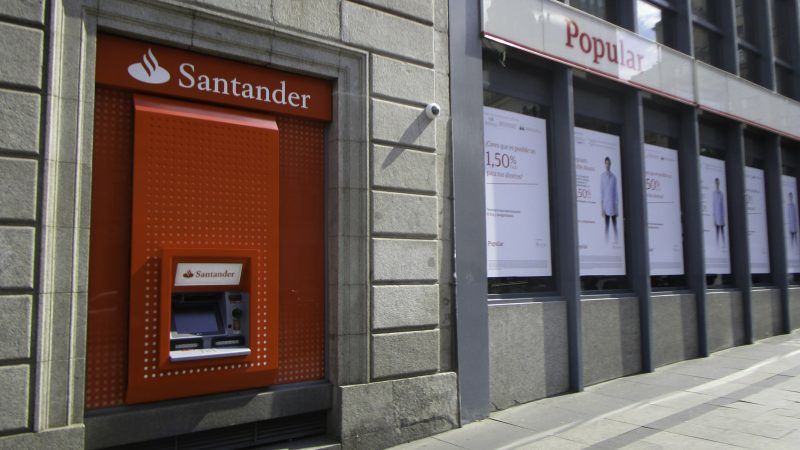 Banco Popular intervention was a success story although more than 12,000 of the Spanish bank’s shareholders requested to be heard in the complaint process, the European Commission and the Single Resolution Board (SRB) said on Monday (15 October).

“We were lucky for this first case,” which can be considered “a success,” said Dominique Laboureix, member of the SRB during the annual conference of the board.

In June 2017, the European Central Bank determined that the Spanish lender was “failing or likely to fail.” The SRB decided then to sell the entity to Banco Santander, “in the public interest,” for €1.

Putting the bank on the market and selling it as fast as it happened, and to an entity with sufficient liquidity to save it, was “very helpful for us,” Laboureix underlined.

An evaluation of the intervention carried out by Deloitte determined that “under normal insolvency proceedings the overall losses would have been substantially higher than the losses that were realised in resolution.”

Based on this assessment, the SRB “preliminarily” decided not to pay compensations to Banco Popular’s 300.000 shareholders and creditors affected by the resolution.

Before making a final decision, the Board launched the ‘right to be heard procedure’ through which those who suffered the consequences of the intervention can request to be heard before the institution.

More than 12,000 requests have been submitted since the procedure was launched in August this year, the chair of the board, Elke König, announced on Monday (15 October).

Despite the high number, König defended the success of the resolution, given that the financial stability was preserved, the bank opened the following morning, no taxpayers’ money was used and the operation had no impact on Spain’s public debt.

The second phase of the complaint process will start in November when only eligible parties will be able to provide their comments on the intervention.

During that second phase, they will be able to challenge in writing the SRB’s decision not to compensate creditors and shareholders.

Banco Popular intervention was “the first test” for the SRB, said Valdis Dombrovskis, vice-president of the European Commission in charge of financial stability, financial services and capital markets union.

“Together with the Commission, the European Central Bank and the national authority in question, the SRB took effective and rapid action,” Dombrovskis said.

“This action shows the importance of carefully planning for resolving complex and interconnected financial institutions,” insisted the vice-president.

The SRB is part of the Single Resolution Mechanism, which was introduced to ensure an “orderly resolution” of failing banks “with minimum impact on the real economy and public finances” of the participating member states and beyond.