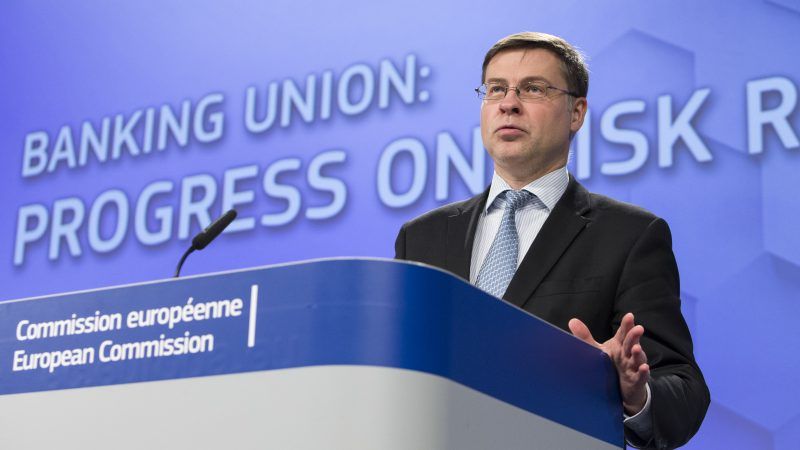 The new measures aimed at reducing the volume of non-performing loans (NPLs) would help smooth the negotiations on a European deposit guarantee scheme.

This European Deposit Insurance Scheme (EDIS), the outstanding pillar of the banking union, is one of the most controversial proposals on the EU’s plate to complete the economic and monetary union.

Germany, Netherlands, Nordic and Baltic states have opposed the creation of the common guarantee unless banks have taken further steps to reduce their risky loans.

“As Europe and its economy regain strength, Europe must seize the momentum and accelerate the reduction of NPLs,” said Commission vice-president Valdis Dombrovskis.

The overall non-performing loan ratio in Europe stood at 4.4% in the third quarter of 2017, down by a third since the end of 2014. However, NPLs are still well above pre-crisis levels, and  are unevenly distributed across EU countries.

The main proposal unveiled on Wednesday is the introduction of minimum levels for funds European banks must set aside to cover losses caused by new loans that become non-performing. 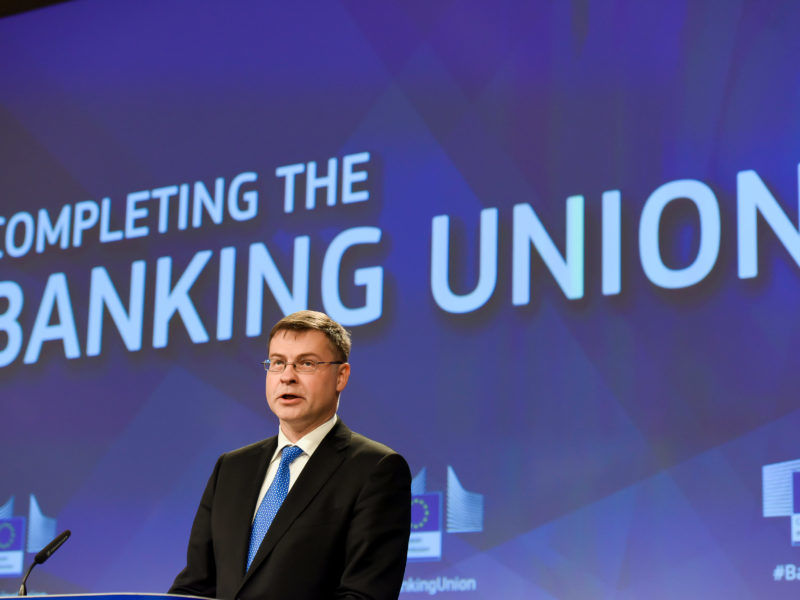 To that end, the Commission will amend the Capital Requirements Regulation.

“These requirements would create incentives for banks to work out NPLs at an early stage, and avoid excessive accumulations,” said Dombrovskis.

The Commission initially considered the option of postponing the date at which new loans would be covered by the proposed stricter measures, to when the proposal is approved by EU states and legislators, which could take several months, Reuters reported.

If a bank does not meet the applicable minimum level, it would be automatically deducted from its own funds, the new rules stated.

Under the proposal, which needs the approval of ministers and the European Parliament, banks will have two years to fully cover potential losses from new loans that are not backed by collateral.

The European Banking Authority supported the new rules and said that the cumulative impact on banks’ profits would be “modest”.

The EU’s regulator added that there is a high correlation between low bank profitability and relatively high amounts of bad loans on the books.

“This may support the conclusion that a decrease in the overall level of NPLs, as a result of this policy decision and other actions taken in parallel… will, in general, contribute to the profitability of banks,” the EBA said in a statement.

However, banks were not happy with the measures. Simon Lewis, Chief Executive at the Association for Financial Markets in Europe (AFME), said the “one-size-fits-all” backstops were “unnecessary”.

As part of the package, the EU executive also proposed to create a European secondary market where banks could sell their NPLs and improve their books.

The consolidation of a market could attract more bidders and increase the price of the assets.

This proposal has been offered as an alternative to the more ambitious idea of setting up a European ‘bad bank’ to absorb ‘bad loans’ across the region.

Italy is considering setting up a state-backed “bad bank” to help clean up its banking sector, Pier Carlo Padoan said in a newspaper interview on Sunday.

According to Dombrovskis, this market could help to increase NPL sales by 15% per year, and therefore, speed up their reduction.

The new rules “would harmonise requirements for credit servicing, and allow those servicers that meet them to operate across the EU based on a single authorisation,” Dombrovskis explained.

It would also include legal safeguards and transparency rules to ensure that the transfer of a loan does not affect the borrower’s rights.

The Commission also proposed setting up an out-of-the-court mechanism to speed up the procedure for banks to recover the collateral pledged as part of a business loan.

Finally, the executive published a blueprint for setting up Asset Management Companies, the so-called ‘bad banks’ created by countries including Ireland and Spain to deal with NPLs.

The Irish government has announced plans to establish a ‘bad bank’ in a bid to quarantine toxic assets and restore confidence in its ailing financial system. The move comes as part of a tough emergency budget, and makes Ireland the first EU member state to adopt such a strategy to deal with the credit crisis.

The Commission stated that these public institutions should respect the EU’s state aid and bank resolution rules, which forbid illegal subsidies that distort the internal market, and protect taxpayers’ money in banking crises.