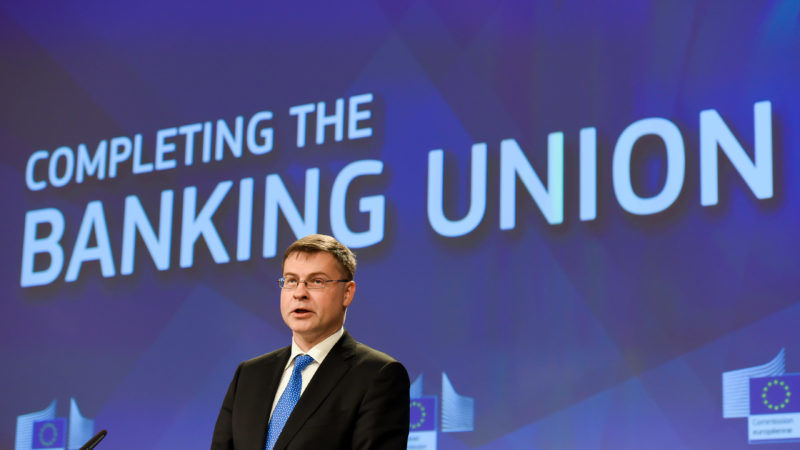 The new proposals were designed to win over Germany, the EU’s largest economy and the staunchest opponent of sharing banking risks among EU states, but the German banking lobby quickly dismissed them.

We need to strengthen the #euro in face of future challenges. Completing #BankingUnion is essential. My remarks: https://t.co/eM1VCIT9iY pic.twitter.com/ReAFovtWlG

The proposals could also slow the European Central Bank’s plans to reduce the exposure of banks to bad loans. Shares in Italian banks rose, since they would face big losses if the EU mandated they quickly unload bad debts.

The Commission proposal would reduce the sharing of banking risks and set strict conditions that states must meet before their banks gain access to safety nets funded at the EU level.

Those changes were intended to placate Germany, whose departing finance minister, Wolfgang Schäuble, repeatedly argued that sharing risks meant richer German banks would prop up weaker banks in other EU countries. His successor may be equally dubious. 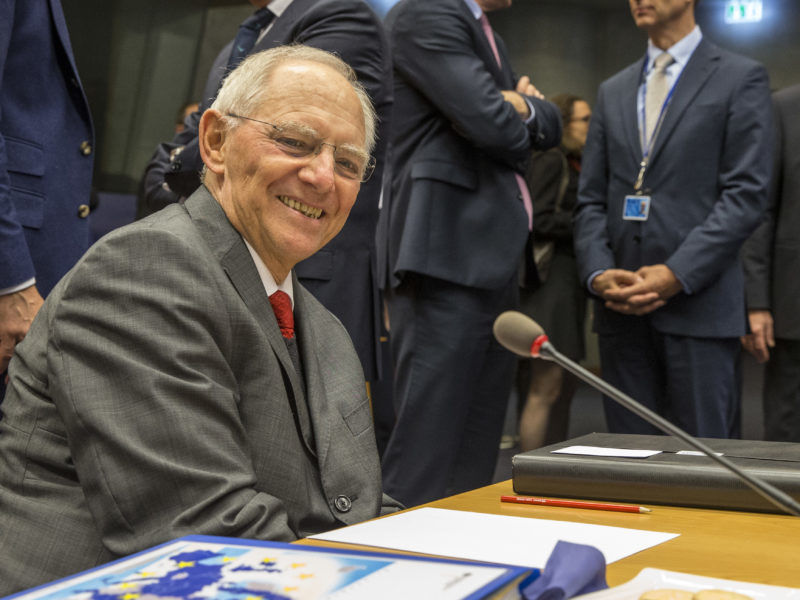 EU rules guarantee deposits up to €100,000, a provision meant to strengthen confidence in the region’s banks after a decade-long crisis that has seen the bailout of several top banks.

But existing national schemes to insure depositors are considered insufficient to cope with a major banking crisis. An EU backstop, funded by all banks in the bloc, is considered the best guarantee to protect savers and increase market confidence.

Under the new proposals, a European Deposit Insurance Scheme (EDIS) would intervene only after national schemes had spent all the money they had available.

In an initial phase, EDIS would lend to national insurers only enough to cover 30% of their losses. That would increase in stages to 90% in 2021.

In a second phase, EDIS would directly cover depositors’ losses, but only partly. National insurance schemes would continue to bear the brunt of a banking crisis.

The beginning of the second phase would not be automatic but would depend on banks’ ability to clean up their balance sheets and dispose of bad loans.

But the German banking lobby DK said the plan was “only a marginal advance” and urged measures to clean up bank balance sheets before the first phase began.

The Commission said it would make new legislative proposals by spring to address the NPLs problem, including measures to revamp a secondary market for bad loans and to favor banks’ recovery of soured credit, such as mortgages.

It will also consider possible legislative measures on “minimum levels of provisioning which banks must make for future NPLs arising from newly originated loans.”

The Commission document did not mention stricter provisions for existing bad loans, an omission that pushed Italian banks’ stocks up, traders said.

Italy’s bank index was up 0.9% by 1445 GMT, outperforming a 0.3% decline in the pan-European banking index after the Commission’s proposal.

Italian banks sold off over the past week after the European Central Bank disclosed plans to require lenders to set aside more money on new bad loans from next year and considered moves to reduce the existing stock of bad loans.

The Commission’s aims match the ECB plan, but a parallel process could slow things down. EU legislative proposals require the backing of EU states and parliamentarians, a process that usually takes months or years before rules enter into force.

Commission Vice President Valdis Dombrovskis told a news conference he expected the ECB to take into account opinions of other institutions and market participants before adopting any measure.

He also said that legislators and supervisors have different powers and the ECB could intervene to address risks on specific banks.

The president of the European Parliament, Antonio Tajani, urged the ECB to involve the parliament in decisions on bad loans.

But an EU legislator close to German Chancellor Angela Merkel, Markus Ferber, attacked the ECB on Wednesday, saying it lacked “modesty” with its NPL plans.

“I do not want to see the ECB creating a parallel regime of capital requirements that bypasses the legislator,” he said.