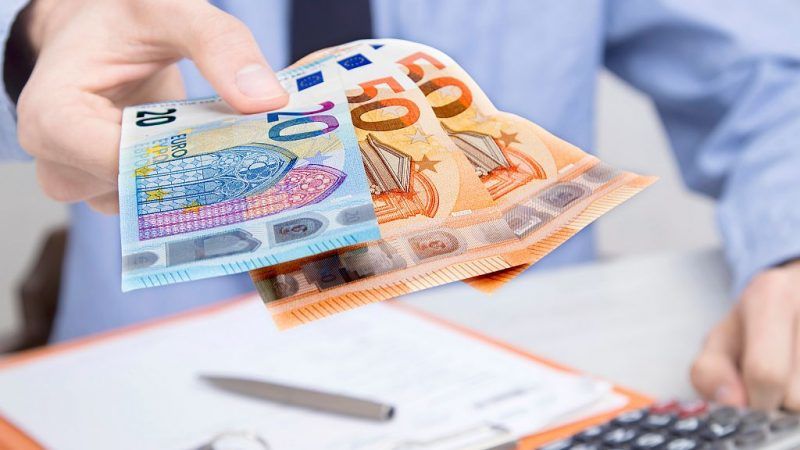 The European Commission is considering a stronger role for the euro. [carballo/Shutterstock]

By looking at the statistics, economists in the European executive found that the single currency was used by 60 countries around the world. Moreover, it was the second most important currency both as a reserve currency and for international payments, still behind the sacrosanct dollar.

“We do not want to replace the dollar, but we want there to be a choice between the two currencies,” said a source at the European Commission. The arguments for the euro also relate to its stability.

Over 20 years, the currency has proven to be more stable than the dollar, where the economy is subject to more violent fluctuations, both upward and downward.

This is the first time that the EU has considered its currency as a strategic tool rather than as a mere instrument to facilitate the functioning of the economy. In his State of the Union address, Commission President Jean-Claude Juncker highlighted the need for the currency to play a full role on the international stage.

France strongly supports this idea. Given the country’s trade balance deficit, the French are not hesitant to support the idea of having a strong currency, which would limit the consequences of this imbalance.

The European executive does not go that far and is limiting itself to calling for the economic and monetary union to be finalised. This would allow the credibility of the currency to be consolidated and solutions to be proposed to encourage economic actors to use the euro.

This would particularly encourage these economic actors to use the euro as a means of payment. Following the financial crisis, international trade in euros has fallen. The fact that payment services by non-European cards, such as Mastercard, are widely used is also a problem.

In practical terms, the tools available are limited. The Commission is considering asking states to contemplate the euro in their intergovernmental energy agreements, having to provide a justification if they do not use the euro.

But how do you convince the London Stock Exchange, in the middle of Brexit, to propose contracts in euros on Brent Crude oil or the West Texas Intermediate (WTI)? The EU is planning to start by holding a consultation with economic actors on the matter.

More generally, a currency’s credibility is based on the amount of liquidity it offers and the size of its debt. Therefore, developing the debt denominated in euros would be an interesting possibility to strengthen the weight of the currency.

This does not mean that the European Commission is considering abandoning the Maastricht criteria. The Commission is instead emphasising the importance of good-quality private debt.

This rather vague initiative is unlikely to succeed in the short term but reflects the real concerns about the dollar’s omnipotence and the risk that this situation presents to the EU. Every European bank carrying out transactions in dollars is liable to incur the wrath of American regulatory authorities.

For example, the US Congress brought down the Latvian finance sector by accusing one of its banks of large-scale money laundering, at a time when the EU remained unmoved. The US then forced all the European countries to discontinue all commercial activity with Iran, threating to prosecute European businesses for collaborating with a terrorist undertaking.

In this context, the independence of the single currency and of economic policy does not appear a certainty, faced with the dollar’s omnipotence.