Speaking on condition of anonymity, the official said that eurozone countries would have to “work very hard” to find a solution for the new scheme.

He admitted that the German government is the “real problem” on this issue among the group of member states frequently seen as opponents to deepening the euro area, which also includes the Netherlands, Finland and Austria, among others.

Other critical governments are “more flexible” when it comes to EDIS, despite having “some questions”, the source added.

Berlin keeps insisting on further improvements to the balance sheets of eurozone banks, in particular in Greece, Cyprus and Italy, before sharing the risks of protecting their deposits.

EU leaders decided in late June to start working on a roadmap to launch the “political negotiations” to agree on the new guarantee to protect European savers.

But the official admitted that it was unclear when these negotiations could start. 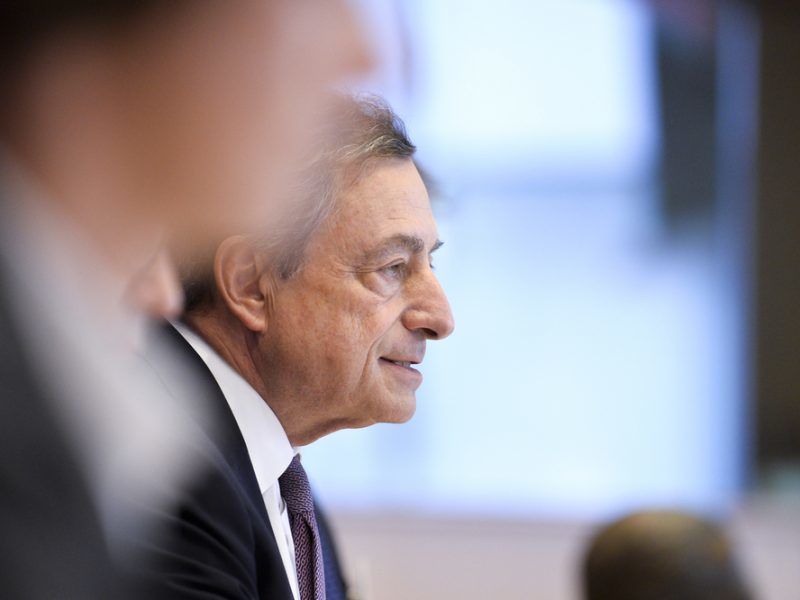 EDIS is the remaining pillar of the EU’s banking union and is considered the most ambitious reform since the launch of the single currency.

Member states had agreed on common supervision and equipped themselves with joint instruments to wind down failing banks.

The bloc is planning to set up a backstop to ensure the orderly resolution of teetering banks.

But negotiations on this front would also be “very tough”, as Germany and other countries demand strong political oversight when it comes to the disbursements, the senior EU official commented.

He added that it would not be “easy” reaching an agreement on the governance of the backstop, the main bone of contention.

The sceptics want eurozone countries to authorise the use of funds not only through their finance ministers but also their national parliaments.

But given that decisions could be taken overnight, as was the case with Spain’s Banco Popular, the European Commission and the ECB warned that such a procedure would slow down the approval of funds needed to contain any financial instability triggered by resolving a failing bank.

The European Stability Mechanism would provide around €60 billion for the backstop.

But the eurozone official pointed out that “more clever solutions” would be needed as Berlin does not accept sidelining its parliament, the Bundestag.

One of the options suggested would be that finance ministers inform key parliament officials during the process of resolving a bank and a parliamentary debate could be held afterwards to hold ministers to account.

EU leaders tasked eurozone finance ministers, meeting under the auspices of the Eurogroup, with coming up with the main features of the backstop (terms of reference) by December 2018.

The backstop is seen as the most feasible block to bolster the eurozone, as the impulse to deepen the economic and monetary union has lost momentum over the past few months.