Maroš Šefčovič is a Slovak diplomat who is currently a vice-president of the European Commission, in charge of the Energy Union. In September, he was nominated to lead up interinstitutional relations and foresight in the next EU executive.

He spoke to EURACTIV’s Sam Morgan on the sidelines of the latest European Battery Alliance stakeholders meeting in Brussels.

In terms of existing EU legislation, what rules need to be changed or tweaked to get the most out of the European Battery Alliance and tap fully into that particular multi-billion euro market?

I think the next big thing is going to be standardisation of batteries. We’re already working with authorities like CEN-CENELEC and we want to make sure that all the great work done by our researchers will be reflected in the new norms and standards. They are going to put European batteries in a top category, as the cleanest, greenest.

When I talk to citizens, especially young people, they want the whole story when they’re buying an electric car. Renewable energy, sustainable materials like steel, and of course sustainable batteries. They also want to have the positive feeling of having a battery connected to a smart grid, so they can help the promotion of intermittent energies like solar and wind. They also want to sell the electricity back during peak hours. Having this complex story requires software and design standards: batteries have to be fit for reuse and industrial recycling, so you don’t have to open up these packs with hammers to get materials out. This is what we’re intensively looking at, which legal means are the best, some of it could be eco-design and the Battery Directive. But we’re looking for the most apt solution. When we talk about Europe in the future, we have to be talking about only the most sustainable batteries on our market. 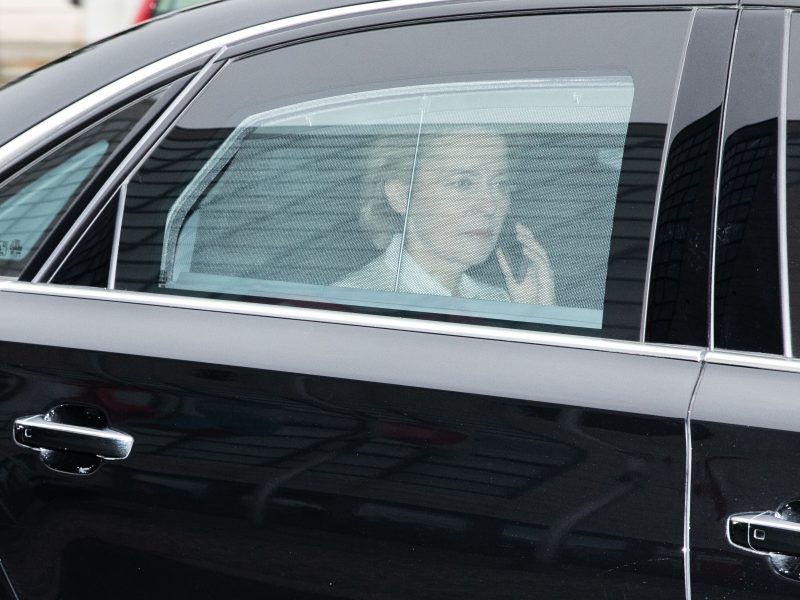 Transport and mobility policies look set to go into overdrive under the next European Commission, as a heady mix of climate change ambition and competition concerns dictate the direction of travel.

If standardisation is your jumping-off point, is it fair to say the Battery Directive is your endpoint?

Yes, for collecting and recycling. It could be one of several pieces of legislation because we are also looking at what would be the most efficient way to legislate and enforce. Clearly, from a legal point of view, that would be important. It should be our ambition to push for how we do things as the global international standard.

During your current mandate, you’ve dedicated a lot of time to battery as well as space policy. Given the technological crossovers between the two and the hunt for raw materials, is it encouraging to see ‘space’ given more space in the new Commission?

I think that we did a lot on space over the last five years. We really pushed Galileo to the next frontier, I would say. We’ll need it too when we’re thinking about self-driving and autonomous vehicles. The fact that Galileo is ten times more precise than GPS is going to help. Copernicus, of course, is considered by the scientific community as the best available Earth observation infrastructure in the world. Indeed, for prospecting raw materials it has an application but it also contributes to the tough story of climate change. It is at least making the case for clean mobility stronger. The world is a different place to five years ago, financial institutions, the industry and policy-makers are all going for clean and smart solutions now.

The Commission has to submit a long-term industrial strategy by the end of the year. How prominently should the Battery Alliance feature and should it actually be a template for the broader strategy? Is it right to call the Alliance a mini-industrial plan of its own?

That’s definitely the ambition that we’re presenting right now. There is a tight schedule, as the president-elect [Ursula von der Leyen] made several commitments on what we want to do in the first 100 days. This is definitely one of them.

So we will definitely use the second part of my portfolio, ‘Foresight’, where the president-elect was quite clear in making the point that I have a lot of knowledge already linked to the Joint Research Centre (JRC) and our in-house think-tanks. So we can be very strong there. We can use it in a way that can help the competitiveness of the European economy but we have to be much more practical. We have to work with scenarios, be clear in which technological mega-trends we want to lead.

By 2030, Europe will be at the top table with a strong industry. That is going to be one of the serious discussions we’ll have when the new Commission starts: on which mega-trends we want to focus. The EBA could be a good example of how to create this industrial pact. As we did an ‘Airbus’ for batteries, we can do the same approach for 5G, artificial intelligence, clean and green tech, and other areas where we want to be strong. We need strong cooperation between industrial actors, a proper legal framework, support for innovation, financial instruments and institutional support. You can do miracles in a very short period of time.

So the mega-trends issue is all about focusing on what Europe can and should do?

The top priorities for the next Commission include the Green Deal, which will help us ensure we’re the first climate-neutral continent. That means automotive, maritime, aviation, smart grids, clean buildings. We can be strong on industrial recycling, clean technology. Countries in Africa, Southeast Asia are very much interested in all that because they know if they want to go through economic development they can’t repeat our fossil fuel path. They have to focus on these new technologies.