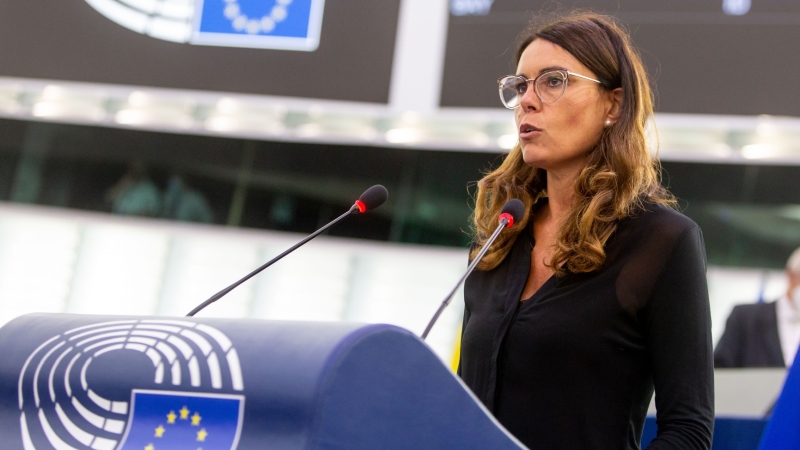 MEP Simona Bonafè spoke to EURACTIV about the EU’s proposed battery regulation and the future of battery production in Europe. [European Parliament]

The European Commission has proposed new standards to make batteries produced and sold in Europe the greenest in the world. If passed, the regulation will ensure greater amounts of precious metals are recovered through battery recycling, says the EU lawmaker in charge of the proposal.

Simona Bonafè is an Italian MEP sitting with the Socialists & Democrats (S&D) group in the European Parliament. She is rapporteur for the EU’s proposed battery regulation in the Parliament’s environment committee.

Did the European Commission strike the right balance in the EU battery regulation proposal in your opinion?

The Regulation we are discussing aims to create the first legislative framework. With the current Regulation proposal, the European Commission, for the first time, intends to legislate holistically on the entire life cycle of a product: from its design to its end of life.

I would like to underline that this new holistic approach must represent the “rule” for future legislation on the circular economy and sustainable products.

Discussions in the Council have seen concerns raised over various aspects of the regulation, such as the recycling and collection targets. Are you concerned that it will be difficult to reach an agreement with member states?

The data reported in the Commission’s impact assessment in support of the proposal speak for themselves and support the need to define specific sustainability criteria for batteries.

It is estimated, in fact, that the total of industrial batteries could go from the current 0.7 million tonnes to almost 4.4 million tonnes in 2035. Among these, batteries for electric vehicles, which should represent approximately 87% of the market share, will play the predominant role.

These numbers imply an exponential increase in the use of strategic materials such as those at the base of lithium-ion technology and in particular cobalt, lithium, nickel, and manganese, of which Europe is poor and today completely dependent on imports.

To be able to keep pace with our global competitors, guaranteeing strategic autonomy in procurement and exploiting the potential of new technologies, industrialisation policies will have to be implemented that use the principles of circularity as the main lever of sustainable development.

So, it is clearly understandable that we need ambitious targets to support the uptake of secondary raw material.

Several environmental ministers argued the same in the recent past, so I’m pretty confident that we will be able to work constructively with the Council during our trialogue negotiations.

Many Europeans were gravely concerned by reports of worker abuses and the use of child labour in the extraction of raw materials used in batteries. Does this legislation go far enough to combat that in your opinion?

I very much appreciated the new Article 39 which for the first time provides for the inclusion of mandatory measures concerning due diligence for a specific product.

I believe, however, that these rules should apply, not only as foreseen by the Commission proposal to industrial batteries and those for electric vehicles, but to all batteries covered by this regulation.

The risk of environmental, social, and economic exploitation does not occur on the basis of the type of batteries, but at the time of the procurement of raw materials.

To be truly sustainable, the entire battery supply chain will have to combine environmental sustainability with the social dimension. Several amendments that I have tabled are aimed precisely at this goal.

In a recent position paper, the European Automobile Manufacturers’ Association expressed concern that the proposals in the EU batteries regulation could drive up the cost of batteries and ultimately push up the price of electric vehicles. Could this law make electric vehicles more expensive?

At present, the potential of battery recycling within the EU remains untapped and therefore only a small part of materials used in battery manufacturing are secondary materials.

The European Commission’s impact assessment states clearly that batteries using recycled materials results in lower environmental impacts, when compared to the use of virgin resources.

Today, almost no lithium is recovered in the EU because it is not economical. If we would not create legislation to support the uptake of secondary raw materials through mandatory recycled content, Europe would run the risk that secondary materials obtained from the recycling of waste batteries would only substitute a relatively small quantity of the virgin material used.

In a context where the total demand keeps rising, this would mean the production of virgin materials would have to increase strongly to meet the demand, which will have higher environmental impacts and present a barrier to the development of cost-efficient technologies that can deliver battery-grade recycled materials.

The legislation includes some delegated acts which are triggered on the basis of scientific development, in order to keep the legislation updated in line with the latest technologies.

Vice-president Maroš Šefčovič has called for Europe to be “strategically autonomous” in the production of batteries. Do you think this is a realistic goal? Could Europe be a global leader in battery production in your opinion?

Batteries are a key technology for Europe’s energy transition. They are crucial for sustainable mobility and for storing renewable energy and are an integral part of everyday life in Europe.

For a sustainable transition in line with the objectives of the Green Deal, we need to boost the development of the batteries market.

For this reason, I agree with Vice-president Šefčovič. This new Regulation aims to lay down harmonised rules setting sustainability standards to promote end-to-end battery production in the so called ‘gigafactories’.

These new standards could become a benchmark for the entire global battery market and should apply to all types of battery sold on the European market, including those imported from non-EU countries. At the same time to get Europe “strategically autonomous”, Europe will have to continue to invest in new infrastructure and in research into new technologies.