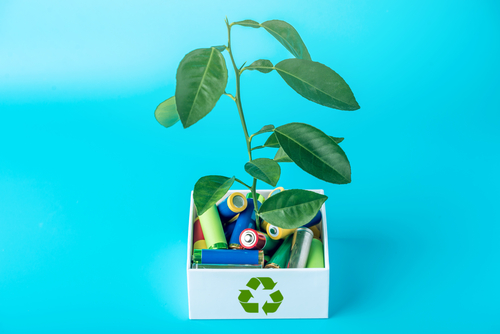 This article is part of our special report Resource efficiency: towards a circular economy.

In September 2011, Belgium’s first battery recycling plant opened in Hoboken. The €25 million battery recycling and development centre can recover nearly all the elements used in electric and hybrid cars, but so far only two car companies have signed deals with it. Despite the EU batteries directive, recycling lithium is an expensive process and for the moment, the Hoboken plant is operating beneath its capacity.

Sybolt Brouwer is the general manager of the Umicore battery recycling plant. He was talking to EURACTIV’s environment and energy correspondent, Arthur Neslen

Are you satisfied that electric car manufacturers have given enough thought to what will happen to their lithium batteries at the end of their life cycle?

Yes I think so, because we talk to car manufacturers and they all consider us to be a serious candidate for recycling their batteries. With a lot of these things, during the development phase, recycling or end-of-life gets a bit forgotten. Automobiles are not a unique example of that. Design for recycling is something that a lot of manufacturers should consider more. There is room for improvement there.

Is there a chance that lithium batteries could end up being incinerated or buried in landfills?

I don’t think that’s an option. If you have a green policy and you have a green car – which is fantastic – then it’s very hard to make your battery’s end of life the end of your green image also.

And yet a number of car companies still don’t seem to have plans for recycling these batteries.

Well the market for end of life batteries is still small. They don’t have their own plans for that, but we offer them a service.

Who are you talking to about this?

We are talking a lot to everybody. Tesla is one that we have already talked about. They have decided to go public on that but we respect those who choose to be low profile.

Which batteries are recyclable?

There are two different types of batteries – the lithium-ion and the nickel metal hydride batteries – and two different types of application that we recycle. It’s the portables you find in your cellphone, laptop or kids toys because they’re the rechargeable nickel metal hydrides, and then there are the automobile batteries from hybrid and electric cars, like the Toyota Prius and the Honda Insight.

There was a disaster at a battery recycling plant in Hampshire in England recently. What’s your strategy to avoid a repetition of that?

It’s a lesson that we already knew: You have to know what you’re doing. Why? Because batteries are like a little chemical factory in themselves. They’re charged and when you make short cuts, short circuits, they can heat up and create a fire. What we’ve done over here in the handling and storage of batteries is take all the knowledge in the market and that we’ve built up ourselves [and create] a system that’s workable, a system with detection and segregation of storage so that if there is a fire, in the end, it cannot spread. There are a lot of things you can do to avoid fire. We have addressed a lot of them.

Are there any changes to product design requirements that would help your work?

Lithium-ion is quite a general term. In a Lithium-ion battery there can be cobalt, nickel, manganese iron, and other elements in all kinds of combinations. In the process of going from the old pure lithium cobalt batteries to a lithium-ion phosphate battery or lithium manganese battery, you decrease the value of the metals inside. But the cost of recycling will not decrease by the same amount. Depending on what kind of battery you have, this will cost money. The Tesla battery is a high end cobalt-containing battery that saves money in recycling, but with many of the others, recycling is a cost. We can recover lithium from batteries in our [recycling] process but it is more expensive than the price of primary lithium for the moment.

I would like to communicate – and this is our responsibility also – to the product designers the impact of their designs on recycling, but I am not a battery expert. We should make them aware of the impacts at least.

What quantities of batteries are you recycling that have been imported from abroad?

The majority. This facility has a capacity of 7,000 tonnes a year. That’s around 250 million small batteries and this capacity has not been filled yet. We didn’t expect it to because we are being proactive for the future. The amount coming from Belgium itself now is really limited because electric car batteries are in an introductory phase. Our main amounts come from mobile phones, and laptops, from collection networks all over Europe.

Can you tell me from which countries they mainly come from?

And from outside Europe?

You can imagine that most batteries are produced in Asia and not all of them are a success. Some of these are coming to us. But this kind of battery recycling is driven by legislation and there is legislation in Europe that says you have to collect 25% by next year and 45% by 2016.

Do you think we’re on track to meet it?

I think for some countries it will be a challenge but other countries have already developed, although there are a lot of countries which lag a little bit behind.

Maybe the ones I didn’t mention before. I don’t want to specifically mention any country.

Why do you think only two car companies have agreed recycling deals with you so far?

That’s a good question. I don’t know actually. Maybe this company [Tesla] was happy with the results and clearing out of all their batteries. For the others, this is a process. The recycling of batteries comes at a cost. It is a service that we give. This is unlike recycling a car catalyst, which is underneath, because we can pay for that. There’s money in it. This has to be paid for and that’s an important message that has to be explained many times.

Should there be greater assistance from member states and from the EU itself?

I think that the laws are already clear on this.

I’m talking about tariffs, or bringing recycling into the ETS more. Could there be ways of bringing revenue streams online that would help mitigate the costs?

Are you satisfied that the recycling points and collections going back to manufacturers and vendors – that were talked about in 2010 – are advancing at a fast enough speed?

You can look at the statistics and see that some countries are already beyond the 25% (target for 2012) and some others are lagging behind. But then I understand that some of these countries are making efforts to get there.

Which electric car batteries cause you the most problems?

There are differences between one electric car battery and another. These batteries can weigh be between 50 and 250 kilos. Some of them are designed for dismantling and recycling. You can take out the modules. There’s a big battery and all sorts of small modules that need to be recycled. Other batteries are more of a challenge to dismantle. That is what I mean by design for recycling, and that is also an incentive we give to car manufacturers in discussing and investing how this can be optimised.

This is the first battery recycling plant in Belgium. Why haven’t there been more? Why isn’t the EU legislation leading to a proliferation of these plants?

I think it’s because it’s the first industrial one on this scale. But the 7,000 tonnes I told you about is way beyond what we need at the moment. We don’t take that yet. For us this is important because we want to be ready (for when the EU batteries directive is implemented) and also this is a showcase, an experience-building thing.

No I don’t think so. There are a lot of other recycling companies and for the moment that seems to be enough. You can ask why other companies aren’t yet ready for something which will really be exploding in five or ten year’s time. We want to build the expertise to get ready for that time. We are convinced that we should go this way as a technology platform.

Nickel hydride batteries are the only ones that contain rare earths. In a lithium-ion battery there are none. Our aim as Umicore is to close the loop on metals. We do it now with cobalt and nickel and now we also have a supply of nickel metal hydride batteries which contain rare earths. We also designed a process together with Rhodia (a French chemical company) to refine and recycle, and get rare earths back into the process. We have sort of the same thing for lithium but that doesn’t pay off yet, because the price of lithium is low. For rare earths the price is high enough to do this but if prices go down to their historical level, we might come to a point where we stop it.

So you’re dependent on market prices for all of this?

But at the same time, environmentally there are resource needs and climate needs that might not be able to wait for prices to align correctly.

What’s the implication of that?

The implication is that if the prices fluctuate according to market supply and demand, then you might not be ready for the moment when you need to be.

Is that an argument for greater regulation of the markets or intervention by policy makers?

It might be an idea to ask for a certain amount of recycled material in your product. If you know that there are companies that can do the recycling and you need a recycled product, then these companies can compete amongst each other for a best price that is not related to the market price.

So if there was a requirement on them to use recycled materials in the manufacture of their products in the first place, that would guarantee a market for those recycled products?

2 responses to “Umicore chief: Recycling comes at a cost”