German carmaker BMW signed a battery-supply contract worth €2 billion with Swedish manufacturer Northvolt this week, in the latest example of Europe’s big auto firms preparing for a massive ramp-up in electric vehicle production.

Northvolt will start building batteries in northeast Sweden from 2024 at a factory powered by renewable energy, which will also be able to recycle used power packs. Carmakers are now scrambling to secure a share of the projected output.

BMW’s Andreas Wendt, a member of the firm’s management board, said that “signing this contract is another step towards meeting our growing need for battery cells in the long term. We are systematically driving electrification of our vehicle fleet.”

The Bavarian marque expects to have at least 25 electrified cars in its lineup by 2023 and will need batteries to power them. According to the contracts it has signed with ‘5th generation’ battery suppliers, they must be built using only green power.

“To make an effective contribution to climate protection, we aim to improve our products’ overall environmental balance – from resources to recycling. This applies in particular to energy-intensive production of high-voltage batteries,” said BMW chairman Oliver Zipse.

Europe’s carmakers are racing against time to drag their average fleet emissions down below a 95g of CO2 per km target before EU legislation on passenger vehicle pollution kicks in fully at the end of the year. Many are kicking their EV output into high gear to achieve it.

When it comes to procuring the raw materials needed to build power packs, BMW intends to work with Northvolt to procure cobalt and lithium “from mines that fulfil the high sustainability standards of both companies”.

Finland is the only country in the EU that can currently claim to have viable supplies of all the materials needed to make the current generation of batteries but its capacity is nowhere near what will be needed to satisfy the projected demand for e-mobility.

BMW’s rival Volkswagen has also tapped up Northvolt and agreed last year to form a joint venture geared around building a battery factory in Lower Saxony, with production expected to start by the beginning of 2024.

VW has fully embraced the drive towards EVs, pushing ahead with plans to debut its new low-cost all-electric ID:3 later this year – despite the impact of the coronavirus – and converting two big factories into purely EV assembly lines. 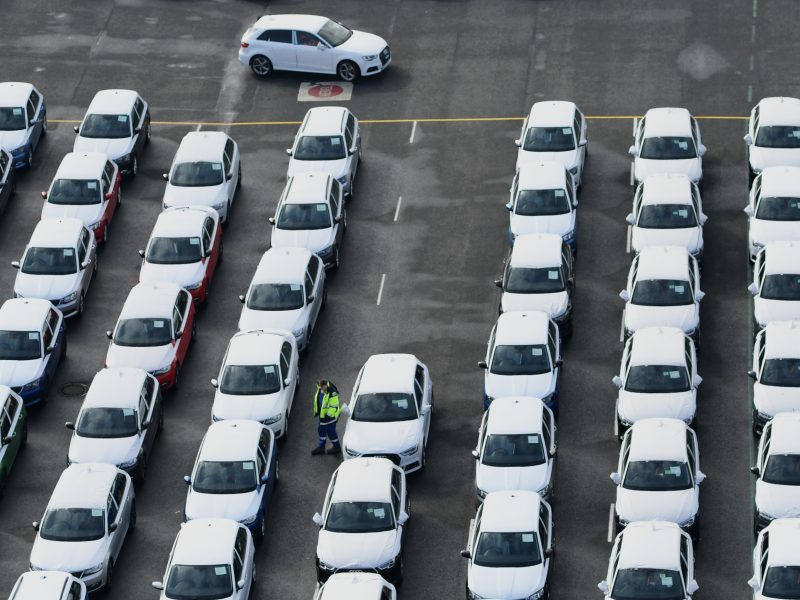 Volkswagen is set to remove production lines for all internal combustion engine vehicles from one of its key factories this year, replacing them with electric vehicle production capacity. EURACTIV’s media partner, edie.net, reports.

BMW’s €2bn Northvolt contract comes on top of the €10bn the auto giant has already shelled out on battery deals with China’s CATL – which also supplies Tesla – and Korea’s Samsung SDL.

Although Europe’s battery-production capacity is dwarfed by Southeast Asia’s, domestic carmakers are keen to secure contracts at home because EU rules, both current and planned, are set to penalise power packs that are not sustainable.

France and Germany are leading a European push to capture a slice of the global market by pumping money into new factories and championing the idea of ‘green batteries’. Paris and Berlin both see the sector as a future-proof source of employment.

Last year, the European Commission approved a selection of projects notified under an EU scheme that qualifies for relaxed state aid assessment by regulators. Another so-called IPCEI mega-project worth billions of euros is due to be given the green light this year.