"Given the complexity of the questions that we're looking at, remembering that we're talking about a very new regulation and given the divergence of opinion amongst the member states at this time, I have to admit that is not going to be easy to approve the proposal by the Council in June," said Portuguese minister João Pedro Matos Fernandes.

“This proposal, which is very ambitious, has to be realistic and fit with the expectations of those who are going to be on the receiving end of it,” Italian physicist Roberto Cingolani said during the Council debate on the Commission’s legislative proposal. “We should avoid legislative burdens for operators and for public authorities,” he added.

The EU’s proposed regulation aims to reduce the environmental and social impact of batteries amid expectations of soaring demand, as e-mobility increasingly replaces fossil fuel-powered transport. If passed, the proposal would set a minimum share of recycled cobalt, lithium, nickel, and lead that must be used in batteries produced in Europe from 2030.

The proposal would also make the environmental effect of batteries more transparent, forcing producers to flag the carbon footprint of each battery from 2024.

To aid recycling, the Commission wants to increase battery collection targets for EU countries from 45% at present to 65% of portable batteries by 2025, moving to 70% by 2030.

Denmark called the proposal a “real step in the right direction” but expressed concerns about the “economic and administrative burden” it may impose on SMEs.

The Czech Republic opined that it considers “the proposed sustainability requirements, the declaration of [each battery’s] carbon footprint, and minimum recycled content [targets] quite ambitious and burdensome for producers. The proposed regulation should, on the contrary, be more focused on the safety requirements for factories”.

Latvia similarly urged the European Commission to “simplify certain provisions and set realistic timeframes for their implementation”, noting the proposal’s potential to increase the “administrative and financial burden for producers and end users”.

Bulgaria warned that the 20% increase in the batteries collection target proposed by the Commission will raise the chances of non-compliance and non-implementation.

“Bulgaria has always called for rationality and feasibility when setting the level of ambition. In this sense, we consider the collection targets for portable batteries for 2025 as too ambitious,” Bulgaria said.

Belgium’s environment minister, Alain Maron, encouraged the Commission to go beyond carbon footprint analysis, which he called “too restrictive”.

“If we stress carbon footprint, we might have a negative impact in other areas, such as the use of minerals, the raw materials, toxicity, and so forth,” he said.

While the objective of a more circular approach to batteries was widely welcomed by member states, some environment ministers raised fears that moves towards harmonised standards simply glossed over the differences in capacity among EU countries.

Germany expressed concerns that the requirements set out in the proposal would undercut the work being done by individual governments.

“It’s important that we maintain existing and well-functioning national [battery] collection structures and that doesn’t seem to be possible under the current draft,” said German Environment Minister Svenja Schulze.

“We shouldn’t harmonise requirements for producer responsibility further – we will be proposing some changes to the draft in the course of further deliberations,” she said.

Estonia stated that batteries sold on the European market must “meet the highest standards of human health, safety and protection of property and the environment”, but noted that “stricter rules for the European producers may harm the competitiveness of our businesses”.

“We need to guarantee that the products that do not comply with the requirements will not be placed on the EU market,” added Estonia’s Tõnis Mölder.

Several member states, including France, Greece, and the Netherlands, questioned why light-vehicles, such as e-bikes and electric scooters, were not included in the Commission’s legislative proposal.

In response, the EU’s Environment Commissioner, Virginijus Sinkevičius, told delegates that the Commission’s Joint Research Centre is preparing a study with a view to setting specific battery collection targets for soft mobility vehicles.

He also reminded those present that “the clock is ticking” to make progress on greening batteries.

Asked about the possibility of approving the legislation during the Portuguese Council presidency, minister João Pedro Matos Fernandes, who chaired the debate, was sceptical.

“Given the complexity of the questions we’re looking at, remembering that we’re talking about a very new regulation and given the divergence of opinion amongst the member states at this time, I have to admit that is not going to be easy to approve the proposal by the Council in June,” he said.

Fernandes hopes the regulation will be approved by the end of the year, under the Slovenian presidency of the EU Council. 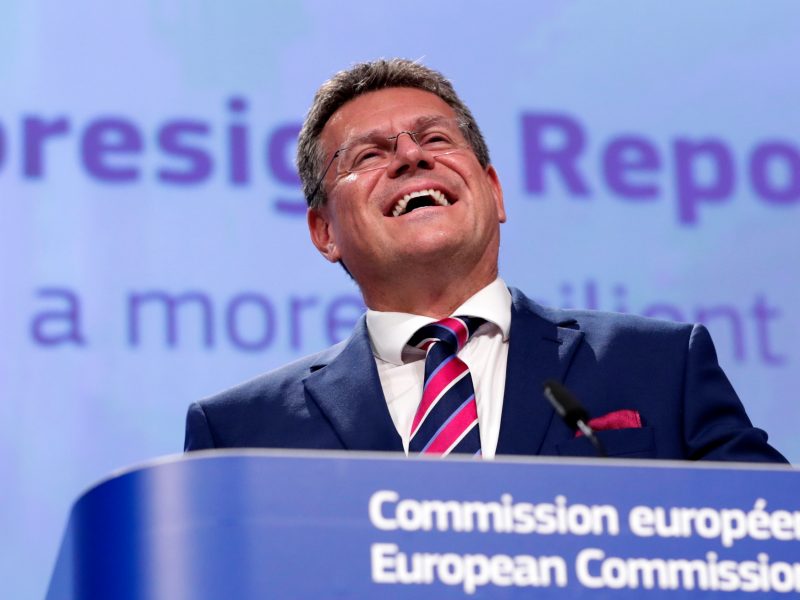