A new industry association was launched in Brussels last week with the aim of bringing together all the players in the supply chain of rare earth metals, which are vital to renewable and low-carbon technologies.

The new association is “the first truly global network” for rare earth metals, executives said at a launch event on Wednesday (26 June).

Named Rare Earths Industry Association (REIA), the group has 12 founding members from nations such as the UK, Germany, France, the Netherlands, Japan and China. It is the first rare earths trade association in Europe and the only one outside of China.

In a joint statement, members of the new trade group said a key aim is “supporting transparency” across the supply chain. Initially developed with funding from Europe’s Horizon 2020 research and innovation programme, the association is now independent.

Rare earths are a group of 17 metals usually found together in nature. Despite the name, they are relatively common, but their mining can be expensive and environmentally damaging. They improve the performance of technologies such as catalytic converters, X-ray machines and smartphones and make strong magnets used in electric cars and wind turbines.

The supply chain of rare earth metals is known for being opaque. China overwhelmingly dominates the mining, processing and manufacturing of the metals. Their supply concentration became clear during the “rare earth crisis” of 2010-2012, when a territorial dispute between China and Japan escalated to a trade embargo.

In the ensuing panic, tech companies stockpiled on rare earths and prices soared. Though rare earth trade has returned to relative stability, tensions between the US and China have stoked fears of another crisis.

Europe yesterday (13 March) challenged China in the World Trade Organization over its export restrictions on raw materials, simultaneously launching proceedings with the US and Japan for the first time.

“2011 showed the need for a global association,” says Nabeel Mancheri, a senior researcher at KU Leuven, who developed the new association. “Back then, there was an information gap between the different players in the industry,” he said.

Rare earths, unlike many other important metals, had no global industry group.

“This project was started with a core of internationalisation – we wanted to bring everyone to the table,” Mancheri added. He hopes an association can help improve trade relations. “We stand for open trade and liberal policies,” he says. “Though there are trade disputes taking place, we would always appeal to companies and governments against restrictions.”

Speaking at the conference accompanying the launch, Milan Grohol, policy officer at the European Commission’s Directorate on Raw Materials, was wary about what he called an increase in national protectionism.

“We have seen rare earths being used as a political weapon,” Grohol said. “As the EU is moving towards a carbon-neutral economy, we are quite concerned about it”. The EU official described the rare earths market as one of the most concentrated, “which is not very good news for free trade”.

According to the vice director of the Association of China Rare Earth Industry, Chen Zhanheng, the EU was by far the largest importer of China’s rare earth magnets in 2018, with 52% of exports. The US is the second largest with 17%. Zhanheng declined to comment on the effect of the trade war on rare earths supply chains.

The European Union is entirely dependent on imports for its rare earth supplies, most of them from China. After the price shocks of 2011, rare earths were added to the Commission’s list of critical metals and the Raw Materials Initiative, which aims to ensure the Union’s access to fair and sustainable supplies from abroad.

“It is not about being resource independent,” Grohol cautioned hower. “It is about diversification of supply”. In other words, looking for sources away from China.

A home supply of rare earths is also an aspect of the raw materials initiative. Since 2010, the EU has funded projects for the exploration rare earth mines. Despite “very good’ discoveries of potential mines, market conditions and price volatility is preventing them from launching, Grohol said.

Rene Kleijn, an industrial ecologist at the University of Leiden, thinks there will slowly be more rare earths mines in Europe, “though they will have to meet tougher environmental legislation and labour costs”.

Recycling rare earths has also been high on the agenda. According to a 2018 report, €39 million of EU funds has been spent on research and development of rare earths recycling in the last decade. However, there are no industrial recycling plants in the pipeline.

The report owed this to a lack of projects on recycling collection. Kleijn added that there is also a lag-time between consuming the rare earth technology and the point when they are recycled. “The first evolution of hybrid electric cars are only just reaching end of life, and wind turbines installed now won’t be recycled for another 10-15 years,” Kleijn said.

Grohol described the EU’s rare earths situation “as losing on all fronts, from mining and processing to recycling, which something which is quite worrying”. In order to secure supply, he says “we are for diversification and we value partnerships with other countries”.

The last call for H2020 projects will allocate almost €100 million to raw materials research and innovation. 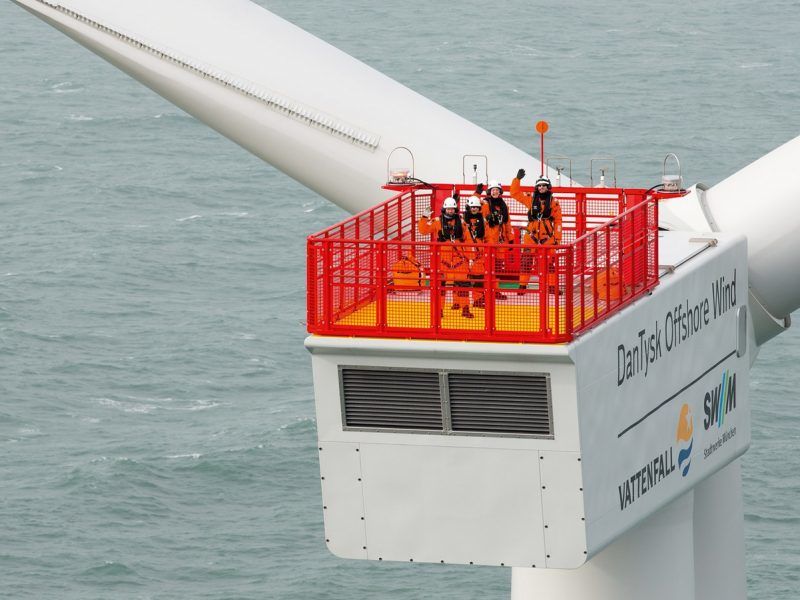