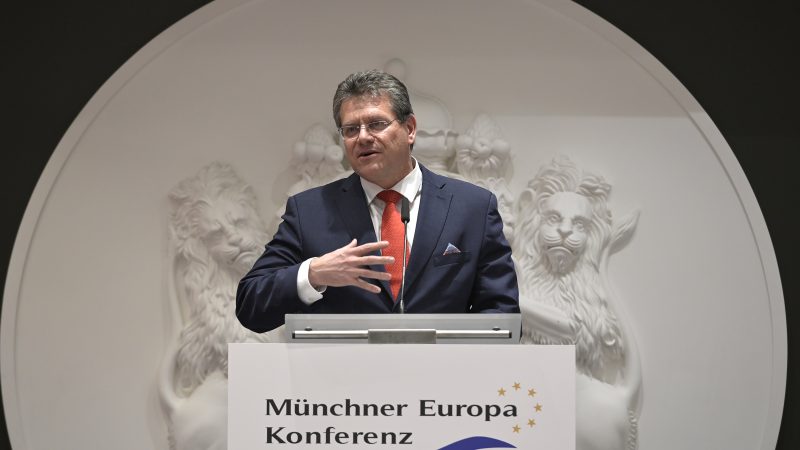 According to Commission Vice-President Maroš Šefčovič, the bloc’s ‘Battery Alliance’ is proceeding as planned, including the objective of creating up to a million jobs over the next 30 months.

“I was pleased to see that despite the pandemic, the EU Battery Alliance has remained on track in its crucial work,” Šefčovič said after a meeting of the initiative on Tuesday (19 May).

The alliance holds regular meet-ups and has stuck to a set timetable since it was first launched in late 2017, when its proponents hailed it as “the Airbus of batteries”.

Šefčovič – who started overseeing the project under the Juncker Commission – said that the virus outbreak has actually steeled the alliance participants’ resolve to build European independence in the sector.

“The corona crisis has further highlighted the importance of the main philosophy behind the EU Battery Alliance – that is the need to bolster Europe’s resilience and strategic autonomy in critical industrial sectors and in key, game-changing technologies,” he said.

That stance mirrors those gaining momentum in other sectors like the pharmaceutical industry, where the virus outbreak has also shone a spotlight on Europe’s heavy dependence on imports from countries like China and India.

Although the Alliance has moved away from morphing into a single pan-European consortium like Airbus, it has made notable progress thanks to strong support from the French and German governments.

Last year, a large-scale initiative known as an Important Project of Common European Interest (IPCEI) was launched by France along with a host of other countries interested in building capacity in the battery sector.

IPCEIs are cross-border in nature and qualify for less stringent state aid rule keeping, allowing countries to pump millions and, eventually, billions of euros into battery development and new facilities like gigafactories.

Šefčovič also added that “the second IPCEI led by Germany is being prepared with a view to being notified – and subsequently assessed and approved – still this year.”

German Chancellor Angela Merkel is a notable supporter of Europe’s still fledgling battery sector and earlier this week insisted that its successes prove that the pursuit of ‘European champions’ is a policy that should be prioritised at EU level.

Both Merkel and Emmanuel Macron want the Commission to relax state aid rules on a permanent basis so that companies can compete globally. The catalyst was a nixed merger last year between trainmakers Alstom and Siemens.

Financial interest in the battery sector is proving to be coronavirus-proof. The European Investment Bank (EIB) expects investments to reach €1 billion this year with further growth to come.

”With the support of the European Battery Alliance, the EIB is significantly stepping up our financing of all stages of the battery value chain, from research and development, raw materials extraction and processing through to battery production, e-charging infrastructure and recycling.”

In a statement, the Luxembourg-based lender said that planned battery production capacity stands at 51GWh, which would more than double Europe’s current output, due to be outstripped soon by increased demand for electric cars and grid storage.

Those projects put Europe on track to overtake the United States in terms of market share but will still mean playing second fiddle to China’s dominant position, with 441GWh.

But Europe could yet curb China’s influence over its market after Šefčovič confirmed last year that the EU does not rule out banning imports that do not stick to environmental standards and norms currently in the works and due to be published in October.