The all-electric revolution is firmly underway in the passenger car sector, where its global market share reached 2% in 2018. Sales records continue to be broken, while e-buses also make progress.

New emissions targets set by EU legislation and a pledge to increase access to charging infrastructure mean that segment of the market looks to have a rosy future.

But the EU’s first foray into regulating heavy vehicle emissions last year reignited a debate about how suitable electric-battery power is for long-haul trucks and even larger vehicles like ships.

International Road Transport Union (IRU) delegate Matthias Maedge told EURACTIV in an interview that many of his association’s members remain “unconvinced” by electric power’s application in their respective areas of interest.

Truck hauliers have not taken the plunge yet on battery models due to lack of options, while taxi operators report loss of earnings due to charge times, Maedge warned.

Technological developments have helped batteries come on in leaps and bounds though and analysts expect the trend to continue. Economies of scale have also brought costs down significantly.

One sector that has to rely largely on heavy vehicles and machinery is the construction business. But because emission cuts from industries like cement factories and steel producers are a difficult ask, improvements in transport are an attractive option.

Swiss firm eMining operates what has been dubbed the largest electric vehicle in the world, a 45-tonne dump truck used to haul up to 65 tonnes of ore from the top of a limestone quarry downhill to the site’s processing facilities.

It achieves this seemingly impossible feat by using regenerative braking during its downhill trip, and then using the resulting power to get back up to the summit. Truck manufacturer Kuhn Schweitz estimates that it could save 11-22,000 gallons of diesel every year.

The ‘e-Dumper’ succeeds because of the scenario, but few other quarries have the same uphill-downhill layout and costs are more than twice that of a conventionally-powered machine. That has not stopped eMining planning to introduce another e-Dumper though.

Switzerland’s government provided some funding for the first machine and International Mining opines that EU emission rules could push other countries or even large manufacturers to follow suit.

The e-Dumper’s title as the largest electric vehicle is open to interpretation though, once you factor ships into the equation. In August, an EU-funded project came to fruition when the all-electric ferry Ellen made her maiden voyage between two Danish islands.

Weighing 650 tonnes without passengers and vehicles, the ferry will operate its route up to seven times a day, partially recharging its batteries while docked at either end of its voyage.

Reportedly, the ferry contains the largest and most powerful lithium-ion battery pack installed on a ship and the project leaders say that its 40km range far exceeds the top limit previously demonstrated by other vessels.

Ellen is certainly not the first electric-powered ship to enter service, as many boats use batteries to manoeuvre at low speeds in ports and harbours or as backup to diesel engines.

The Danish vessel, however, was designed from the hull up as an all-electric ship and its layout reflects the need to save weight and space. It does not have back-up generators.

As tough new limits on sulphur emissions enter into force as of next year, the project offers a potentially viable alternative for inland or coastal shipping. Ellen’s operators say that it could cut emissions by 2,000 tonnes of CO2 per year too. 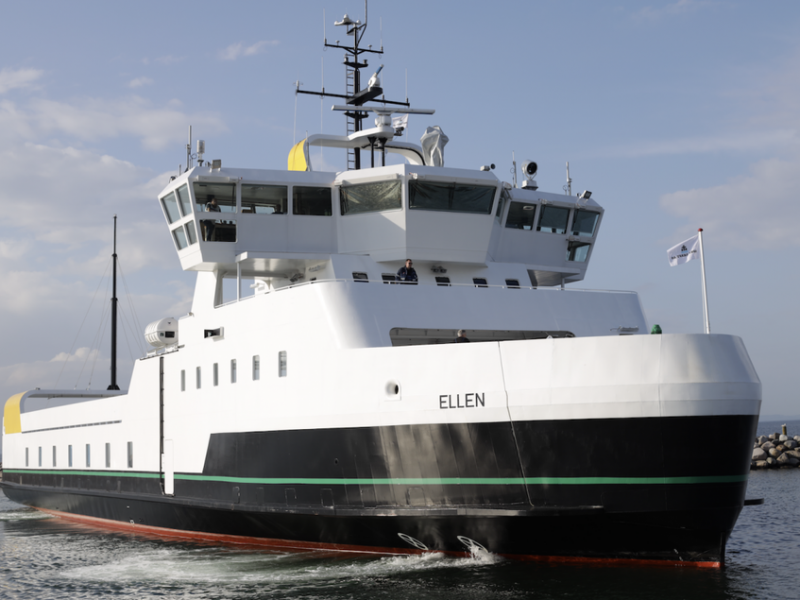 Sceptical outlooks on battery power’s suitability for heavy machinery and shipping are dwarfed by doubts over its application in aviation, particularly given the weight issue.

As public awareness of the sector’s massive environmental impact grows, manufacturers and operators alike are scrambling to try to develop alternatives to the kerosene-fueled engines that power most aircraft.

EU policymakers are mulling the idea of a jet-fuel tax and in mid-September, finance ministers started to talk in earnest about reviewing the 15-year-old Energy Taxation Directive. Aviation could find itself hit with a stick if it fails to prepare for the change.

Incentives are already in place or in the pipeline. Heathrow, one of the world’s busiest airports, is offering to waive landing charges to electric planes, while the German government is thinking of scrapping taxes for battery-powered craft.

Industrial giant Airbus is taking note and is even supporting a new electric air race series. Earlier this year, the multinational signed up as Air Race E’s official partner and will provide technical know-how and support to the fledgeling racing series.

It means building a lightweight plane capable of high-speed manoeuvring, which is as safe as conventional aircraft. That job has been entrusted to a team at the University of Nottingham in the UK.

Project leader Richard Glassock revealed that the electric motor will actually produce higher speeds than a conventional engine, while the airplane will be able to operate at the same velocity no matter the altitude. 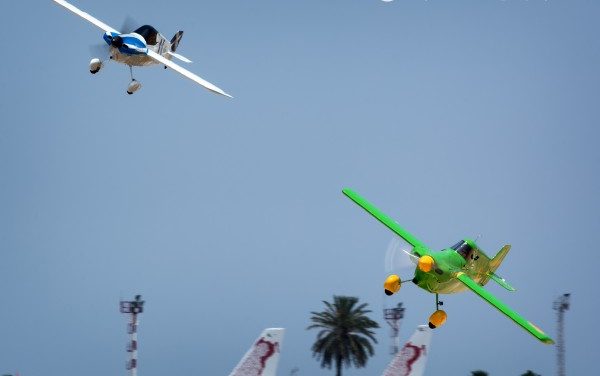 He acknowledged that the technology is still in its infancy when it comes to large airliners but insisted that he expects batteries to power planes with 200+ seats by the year 2050, as weight comes down and power ratios increase.

“It is predicted that planes of this nature will produce up to 70% less noise, carbon and nitrogen oxide pollution than today’s fuel-based planes.”

Glassock added that hybrid systems will have a big part to play in the industry. In the meantime, his team expects to test fly its e-plane this year, before some of the world’s best pilots take to the sky in 2020.

Admittedly, racing planes may be a niche form of entertainment but motorsport is enjoyed by millions of fans around the world.

Electric racing is now starting to play catch-up with its long-established forebears like Formula One and the Dakar Rally, as public and manufacturer interest grows.

Formula-E, one such racing series, just completed its fifth season and is growing in popularity and prestige.

The championship is held across the world in numerous capital cities and now attracts drivers who have already raced in F1, which is considered the pinnacle of the sport.

It has also helped spur the electric vehicle cause too, by showcasing the technology to millions of onlookers.

For the first few years of the sport, for example, the cars were unable to last the entire race distance due to battery limitations.

Drivers would have to stop mid-race to switch cars. But for the last two seasons, battery life has been enough to power cars to the finish line, if the drivers are smart and conserve their power enough.

The biggest names in the automotive industry are getting in on the act too, with the likes of BMW, Mercedes and Porsche all set to be competing against one another as of the next championship.

Motorsport has famously been the testbed for numerous car tech updates, from four-wheel drive and safety measures to regenerative braking and tyre developments. Formula-E appears to be no different.

At the Berlin edition of the championship this year, EURACTIV asked numerous fans if watching F-E had quelled any doubts about range anxiety or engine reliability. The answer was generally a resounding “yes”.