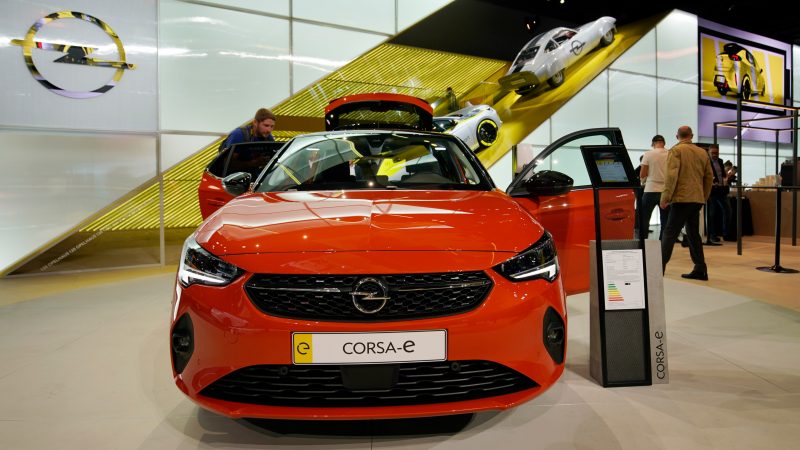 A Corsa-e car of Opel on display at the International Motor Show IAA in Frankfurt, Germany, 11 September 2019. [EPA-EFE/RONALD WITTEK]

Opel will receive a €437 million government grant for its battery cell factory in Kaiserslautern, Germany’s economy ministry said on Thursday (2 September), as part of a wider European initiative to create a homegrown battery industry.

The market for batteries destined for electric vehicles (EV) is dominated by Asian manufacturers but the European Union, and Germany in particular, are keen to create European battery giants as the transition to cleaner transport gathers pace.

Since 2019, Berlin has committed to invest a total of €3 billion in battery cell production projects expected to create €13 billion of private investment and 10,000 jobs.

For Opel’s Kaiserslautern plant, €51 million will come from regional funds from the state of Rheinland-Pfalz, according to the ministry statement, with the rest from federal coffers.

The funds come on top of €2 billion invested in the project by companies involved in the joint venture – known as the “Automotive Cell Company” – Opel, its owner Stellantis and French battery maker Saft.

The 24 gigawatt/hour (GWh) capacity factory, plans for which were first announced in January 2020, is expected to produce battery cells for about half a million EVs per year, with production scheduled to start in 2025.