The battery metal no one wants to talk about

The lead-acid battery was invented in 1859 and was quickly adopted by the newly emerging automotive sector. [Robert Couse-Baker / Flickr]

It accounts for around 75% of all rechargeable energy storage around the world.

It is in just about every car and truck, regardless of whether the vehicle has an internal-combustion engine, uses hybrid technology or is pure electric.

Its proven reliability makes it the metal of choice for energy back-up services in hospitals, telephone exchanges, emergency services and public buildings.

It is one of the most recycled materials in the modern world, more so than glass or paper, with the United States and Europe boasting near 100% recycling rates.

Yet it is largely absent from any discussion of battery materials in the coming electric vehicle and energy storage revolutions.

The lead-acid battery was invented in 1859 by a French physicist, Gaston Plante. While plenty of other scientists were experimenting with electrical storage in the middle of the 19th century, Plante’s breakthrough was to create a battery that could be recharged.

The lead-acid battery was quickly adopted by the newly emerging automotive sector, which at the time was experimenting with both internal-combustion and electric propulsion systems.

Although the industry plumped for internal combustion, lead-acid batteries became the power source of choice for starting, lighting and ignition (SLI) functions.

And they still are.

Even most pure electric vehicles use lead-acid batteries for SLI purposes as well as newer functions such as electronic door-locking and in-car entertainment.

Technical innovation of the lead-acid battery has been incremental rather than revolutionary over the last century, but that’s started to change with a new generation of more powerful batteries produced to meet the tougher demands of stop-start engine technology.

The Consortium for Battery Innovation (CBI) relaunched earlier this year to stimulate research into “advanced” lead batteries, with one eye on the burgeoning market for energy storage systems.

Lead should be a core component of future energy storage, given its proven technical track record, relatively low cost and security of supply based on an already high recycling rate.

There is just one problem.

Which hasn’t stopped mankind using it in all sorts of inappropriate ways, from the Romans adding it as a sweetener to wine to Victorian women using lead-based make-up.

The two most insidious historical uses, though, have been in pipes for drinking water and in gasoline.

Both still cast a long shadow over the metal’s reputation in large part because of the reluctance of producers and authorities in conceding there was a problem.

Lead was added to gasoline in the United States in the 1920s and despite mounting evidence of its toxicity, not least for workers employed in the industry, was fully removed only in 1996.

Lead piping remains an issue to this day.

The US state of New Jersey unveiled a $120 million plan in August to speed up the replacement of old lead pipes in Newark after tests found that some of the water filters previously distributed were not working properly. The city even handed out bottled water to some residents.

Newark follows a similar lead-pipe scandal in the city of Flint in Michigan in 2015 and a Reuters investigation in 2016 found nearly 3,000 places in the United States with lead poisoning rates much higher than those in Flint.

Lead poisoning, in other words, is still an active issue even in the developed world.

Which is why it is largely absent in any public discussion of the “green technology” revolution.

Even the CBI has changed its name from the Advanced Lead Acid Battery Consortium. No prizes for working out which word has been dropped. 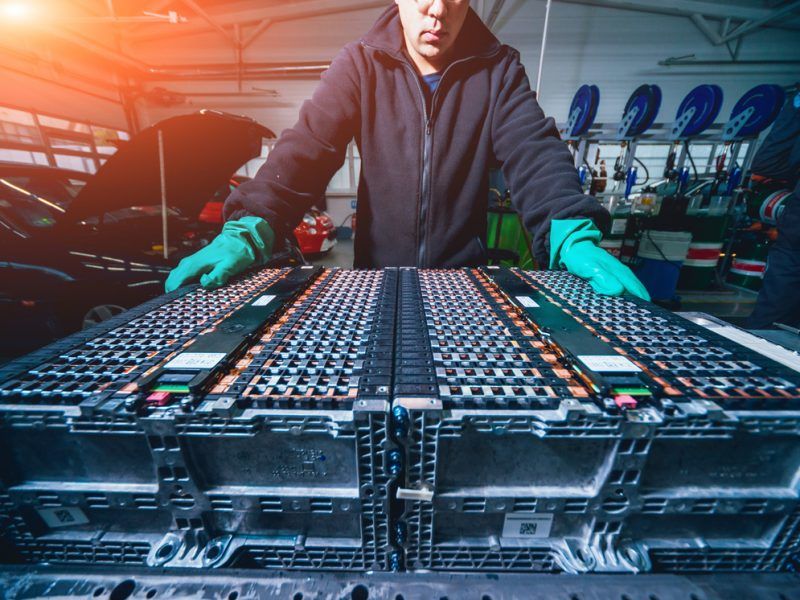 The lead-acid battery faces an uphill battle in terms of grabbing more market share from the energy storage sector.

This is partly out of the industry’s control. It can’t, for example, force U.S. city authorities to spend the money to replace old lead piping.

What it can do is try to spread the recycling message beyond the developed world into the developing world, where recycling regulations are, to quote the International Lead Association (ILA), often “inadequate, non-existent or ineffectively enforced”.

The ILA was last month one of several signatories to a binding memorandum of cooperation to “improve global health, safety and environmental performance in the supply chain of lead acid batteries”. Also involved are the Battery Council International, European battery association EUROBAT and the Association of Battery Recyclers.

The message is being picked up in China, where the environment ministry this year published an action plan to boost recycling of lead-acid batteries to 40% by 2020 and 70% by 2025, according to “BEST Battery Briefing”.

Critically, though, the ministry also declared lead-acid batteries a “key commodity” with production and recycling described as “backbone enterprises”.

China, for one, it seems is not ready to get rid of the lead-acid battery.

Nor is the rest of the world.

Even though the lead-acid batteries used in electric vehicles (EVs) are smaller than those in internal-combustion engines, the continuing growth of the conventional global vehicle fleet means that “overall demand for lead in automotive batteries will continue to grow”, according to Farid Ahmed, principal lead analyst at research company Wood Mackenzie.

Moreover, constraints on lithium-ion battery production to meet EV demand over the coming years open the energy storage market to “other battery technologies” such as those using lead.

“This presents the opportunity for lead batteries to expand into a rapidly growing sector which is creating new battery demand, not substitution,” according to Ahmed.

But it’s not going to be easy.

Take the example of the European Union, which is scrambling to formulate a comprehensive policy for building out its own battery supply chains.

Lead could be a core component of a future European energy-storage market. But while one arm of the EU is working on that policy, another arm, the European Chemicals Agency, has this year added lead to the list of hazardous substances with another four lead compounds, many of them used in lead-acid batteries, possibly also joining the list.

The toxic legacy lives on.

And while it does, lead is going to remain the battery metal no one wants to talk about.