The Bro Tathan industrial zone in the Vale of Glamorgan has been unveiled as the preferred site for a large-scale battery plant. [Photo: Welsh Government]

A firm that aims to make the United Kingdom a leading force in sustainable battery technology has picked Wales as the preferred site for its first giga-factory, which promises to bring thousands of jobs to one of Europe’s poorest regions.

Britishvolt plans to build “high performance, green lithium-ion batteries” for use in electric vehicles and has shortlisted the town of St Athan – located near the Welsh capital, Cardiff – as its preferred location for a factory that would trigger an estimated £1.2 billion in investment.

The firm says the site could create up to 4,000 jobs and a wider network of 15,000 indirect positions. The factory should be fully operational by the end of 2023.

“We’re looking to build a ‘gigaplant’ that is roughly 1km long, 500m wide and 30m high, so it’s a huge undertaking, and something as big as that doesn’t really just fit anywhere,” said Britishvolt’s Chief Operating Officer Orral Nadjari.

A site in Coventry is also reportedly in the running but St Athan’s location near the sea and an international airport both count in its favour, as does the fact that British carmaker Aston Martin opened an electric vehicle plant in the town in 2019. 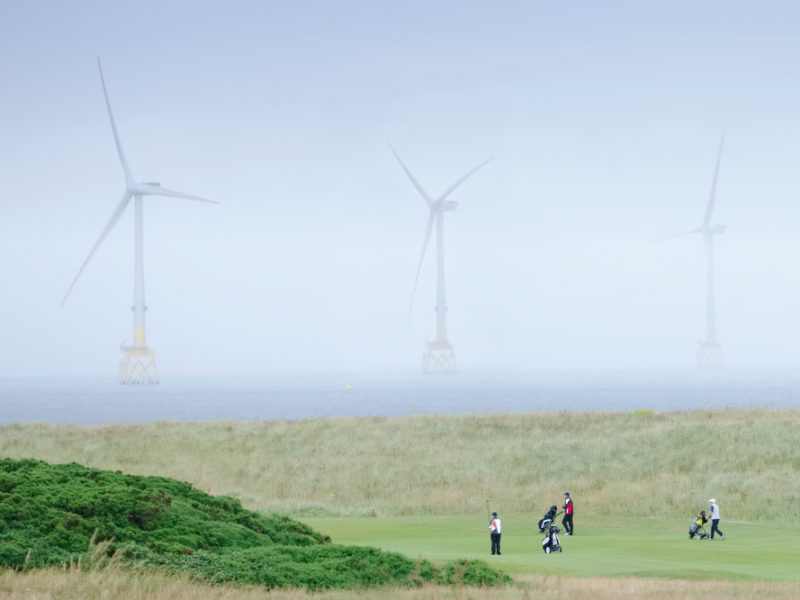 In order to fulfil its pledge to produce green products, the firm is also mulling a solar plant at the proposed site, while the potential in Wales to generate clean energy – via hydroelectric power and tidal facilities – is also a point in its favour.

Wales’ devolved government said that it has been “working with Britishvolt on this project for a significant period of time and we are very pleased they have shortlisted Bro Tathan as a location for its landmark gigafactory.”

The promise of such large-scale employment would be a huge boon to the local area, which ranks among the five poorest regions in Europe according to official EU data.

Coronavirus has battered the UK economy and analysis released this week predicted that it could contract by up to 20% for the first full month of lockdown. Top employer Airbus – whose site in North Wales supports some 6,000 jobs – may also have to cut its workforce.

Charge of the lithium brigade

Britishvolt is not the only battery-producer eyeing the UK as a possible location for large-scale facilities. US electric vehicle pioneer Tesla is reportedly looking at Bristol – located just across the Welsh border in England – as a potential site for another ‘giga-factory’

Billionaire founder Elon Musk paid a flying visit to an industrial complex last week, according to The Times, despite previously saying that the UK’s decision to leave the EU and jeopardise internal market access had ruled the country out as a preferred location.

Musk subsequently chose a site near Berlin instead, where construction is now ongoing.

Batteries have quickly emerged as the product of choice when it comes to deploying Europe-wide industrial policy. France and Germany have both made production a priority objective and earmarked billions in order to build domestic manufacturing independence.

As part of a recent €8 billion bailout of the automotive sector, the French government obligated Renault to sign up to a pan-European alliance aimed at boosting cross-border collaboration on funding and research.

Industry and EU estimates predict that Europe will have annual battery needs of around 500-600 gigawatt hours by 2030, due to increased reliance on electric vehicles and grid storage for renewable power.

The Britishvolt site will reportedly aim for 35GWh by the time it is fully operational, while Swedish company Northvolt hopes to have two or three factories up and running by that time. Construction is well underway on its first facility.

It is unclear how cross-Channel relations will affect the battery industry, as talks between London and Brussels on a post-transition period trade agreement have made little headway. EU negotiators have criticised their UK counterparts for refusing to sign up to climate policy ‘level playing field’ commitments.

Batteries could underpin the EU’s upcoming idea of levying a carbon border tax on any products that do not meet strict sustainability criteria. Senior officials have confirmed that power packs built in China are among the contenders to be included on an initial list.

The Commission is due to unveil its ‘carbon border adjustment mechanism’ in mid-2021.

4 responses to “Wales in line for latest battery mega-factory”