Norway’s autonomous eco-ship on hold due to virus 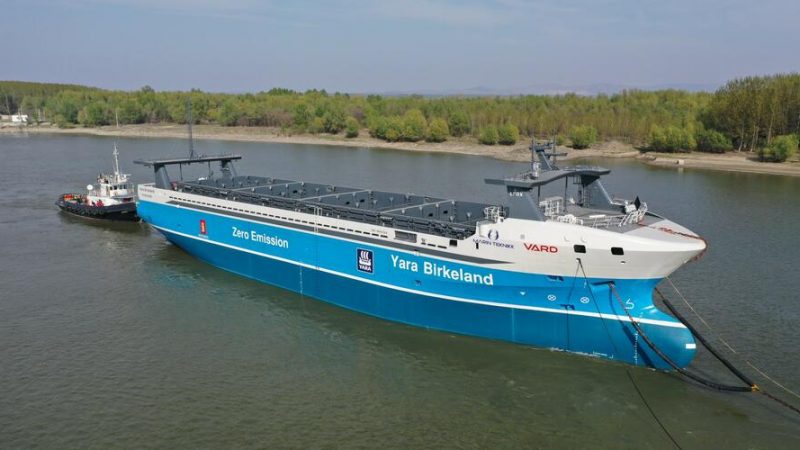 The hull of Yara's planned vessel in the water. [Photo - Yara]

A plan to put into service a vessel touted as the world’s first autonomous ship is on hold due to the coronavirus, the company behind the project announced last week.

Norwegian firm Yara International and tech company Kongsberg teamed up in 2017 on the ship project, which was aimed at being zero-emissions thanks to on-board battery power and operate a designated trade route along Norway’s coastline after 2022.

At 80 metres long and 120 tonnes, the Yara Birkeland‘s hull was put in the water successfully at a shipyard in Romania in February, ahead of final fittings and testing at a Norwegian port this month.

But the project is on hold due to the virus outbreak. Yara said in a statement that “due to COVID-19 and the changed global outlook, Yara has decided to pause further development of the vessel and will assess next steps together with its partners.”

The plan was to replace 40,000 truck journeys a year with the ship – which would be loaded with Yara-produced fertiliser – reducing transport emissions and freeing up roads on Norway’s extensive western coast.

In addition to the autonomous ship, an automated container terminal was also in the design phase.