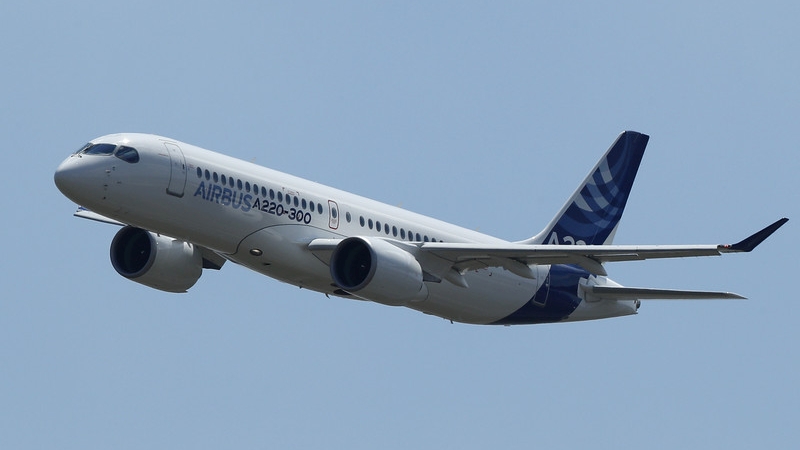 The inclusion of fuels made from waste lipids, such as vegetable oils and tallow, in the upcoming ReFuelEU regulation will essentially ringfence the industry for big suppliers, says EWABA. [EPA-EFE/GUILLAUME HORCAJUELO]

An EU mandate for the use of animal fats and used cooking oils in sustainable aviation fuel is set to enrich large biofuel players such as Total and Neste, at the expense of most of the industry, the European Waste-based & Advanced Biofuels Association (EWABA) has warned.

EWABA, which represents over 30 advanced biofuels producers, says the inclusion of fuels made from waste lipids, such as used cooking oils and tallow, in the upcoming ReFuelEU regulation will essentially ringfence the industry for big suppliers.

The EU is expected to publish plans on 14 July that will oblige aircraft to use green jet fuel when refuelling at EU airports as part of an effort to reduce emissions from the notoriously carbon-intensive sector.

Waste lipids are processed by most SMEs in the industry into a type of biodiesel capable of powering trucks and ships, but generally unsuitable as an aviation fuel.

Processing these waste lipids into a fuel that can be used in airliners – known as Hydrotreated Vegetable Oil (HVO) and Hydrotreated Esters and Fatty Acids (HEFA) – requires an advanced process that only a handful of mega-refineries in Europe can carry out.

These refineries are owned by some of Europe’s largest oil companies, including Total, Neste, and Repsol.

Was the EU to mandate the use of waste lipids as part of its sustainable aviation fuel law, it would destroy the market for small biofuels producers, warns EWABA.

“We are not asking to exclude waste lipids from aviation. We advocate for a fair level-playing field in which waste lipids are not included in a separate blending mandate that will ringfence the market for three to four major refiners with waste HVO/HEFA production capacity,” said Leonidas Kanonis, director for communications and analysis at EWABA.

The association says the legislation would essentially grant industry giants an EU-backed revenue stream, enabling them to buy up waste supplies and leaving SMEs with a lack of feedstock to process.

Such a scenario would be catastrophic and force smaller players in the advanced and waste-based biodiesel industry  to close more than 50 plants that indirectly employ over 25,000 people, EWABA warned.

Kanonis said the closure would hurt EU efforts to decarbonise road transport and the maritime sector and would result in at least an extra million tons of greenhouse gas emissions per year.

“The ReFuelEU proposal might end up being a major policy failure. The approach to decarbonising road, maritime, and aviation should be holistic and based on the principle of technology neutrality,” he added.

Neste says it supports the EU’s goal to decarbonise aviation and calls for policy measures to bridge the price gap between sustainable aviation fuels and kerosene.

In its response to a public consultation on the ReFuelEU Aviation proposal, the Finnish company says sustainable aviation fuels should include “all sustainable feedstocks”, including “waste and residue feedstocks”.

“A [blending] mandate is most effectively ensuring the desired uptake, while being market-based and thus cost-efficient,” Neste wrote.

But critics like EWABA warn that a blending mandate for lipid waste-based biofuels will distort the market in favour of big players, which is contrary to the EU’s goal of favouring competition in the single market.

The EU treaties, which charge the European Commission with guarding the rules of the single market, do allow for distorting markets to a certain extent, provided this is kept to a minimum and is in service of certain goals.

Decarbonising the aviation sector could qualify for such an exemption, although it remains to be seen whether favouring large companies will be the least distortive option given the EU’s aversion to oligopolies.

Asked by EURACTIV about a potential conflict with EU competition policy arising from the ReFuelEU mandate, a European Commission spokesperson declined to comment.

Sustainable aviation fuels can be blended with kerosene without requiring changes to airline engines, making them a popular choice for an industry looking to go green.

Low-carbon technology, such as electric and hydrogen-powered aircraft, will be best suited to short-haul flights only, meaning liquid fuel will continue to play a role for years to come.

While lower in carbon emissions, green jet fuels are up to four times more expensive than kerosene. Brussels hopes the mandate will stimulate supply, pushing the price down.

But news of the regulation has led to a heated debate over what constitutes a sustainable fuel. Already, major airlines such as Air France and EasyJet have said crop-based biofuels should be excluded from the mandate due to land-use concerns.

The European Commission has taken a more favourable position towards so-called advanced biofuels, which are made from non-food sources such as forestry or agricultural waste.

The ReFuelEU Aviation proposal is expected to be presented on 14 July as part of a broader package of EU energy and climate laws aimed at cutting the bloc’s emissions by at least 55% by 2030.