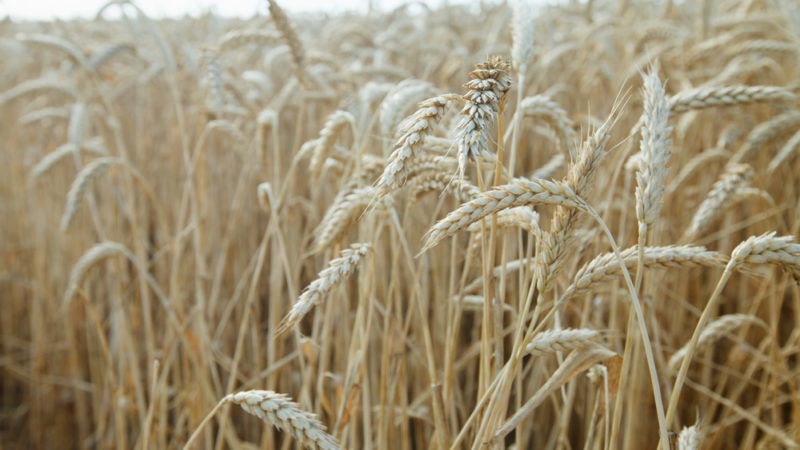 MEP Fjellern: "There is a point when your desire for making biofuels greener will make it too costly and too hard for bringing it to the market, and risk making fossil fuels the real winners." [Shutterstock]

The European Commission’s “scientifically unfounded” U-turn on biofuels will have significant implications for the agriculture sector and risks increasing the imports of GM animal feed from third countries, lawmakers warn.

The Commission’s proposed RED II introduces a cap on the contribution of conventional biofuels to transport from a maximum of 7% in 2021 to 3.8% in 2030. It also sets an obligation to raise the share of other “low emissions fuels” such as renewable electricity and advanced biofuels in transport to 6.8% [See background].

The first RED had a target of 10% of transport to be powered by biofuels in every member state by 2020 and encouraged investment in biofuels as the renewable energy of the future.

Opposition to biofuels rose from the risk of diverting farmland from food to fuel crops, to the detriment of food security, especially in developing countries.

The EU executive, however, has admitted that its decision to phase-out the first generation biofuels was actually based on public opinion, triggering a strong reaction from industry and farmers.

Now the Commission’s proposal is the hands of the European Parliament and many MEPs have already started seeing it critically.

The Regulatory Scrutiny Board (RSB), tasked with ensuring that EU makes evidence-based policy, twice rejected the Commission’s impact assessment of RED II. But the EU executive ignored the RBS’ opinion and went ahead with the legislation.

Last year, Marie Donnelly, the former director of Renewables, Research, and Energy Efficiency in the Commission’s DG Energy, told EURACTIV.com: “We cannot just be led by economic models and scientific theories, we have to be very sensitive to the reality of citizens’ concerns, sometimes even if these concerns are emotive rather than factual based or scientific.”

This was “the exact opposite of what an impact assessment should be […] and a very negative signal” according to Daniel Guéguen, a visiting professor at College of Europe.

The impact assessment study on which the European Commission based its proposal on the use of biofuels in transport after 2020 has “fundamental shortcomings” and ignored the Better Regulation principle, a new study claims.

Simon Godwin, chair of the Impact Assessment Institute, a think tank for evidence-based policy making, said the idea of phasing out food-based biofuels was not evidence based, and that “keeping the details of how socio economics effects are calculated from those who are affected is not a correct way to do public policy”.

The institute recently published a report stressing that the executive’s approach on the RED II proposal had “fundamental shortcomings” and ignored the Better Regulation principle.

Eric Sievers, director of investments at Ethanol Europe, pointed out that currently only 0.3% of transport energy running on biofuels was financed by investment driven by RED I, which according to him, was a “failure”.

He claimed the European Commission’s proposal to cap biofuel-powered transport was driven by ideology, not science, and said there was a “biased actor in this policy process” because “the European Commission has been the main investor in a market which it has responsibility for regulating”.

MEP Fjellner, who is a member of the Committee on International Trade, also emphasised that the Commission has created instability in the market and discouraged investors from backing sustainable energy production.

“There is a point when your desire for making biofuels greener will make it too costly and too hard for bringing it to the market, and risk making fossil fuels the real winners,” he said.

Joao Pacheco, former deputy-director of the Directorate-General for Agriculture and Rural Development, and a current fellow of Farm Europe, an agricultural think tank, expressed disappointment that agricultural interests embodied by DG Agri were absent from the negotiation, because “the facts would be in favour of promoting biofuels”.

He noted that thanks to homegrown biofuels which are by-products of animal feed crops, Europe reduced imports of protein (mainly soy from Brazil and other developing countries) by 10%, which in turns cuts Europe’s foreign emissions.

A similar view is shared by Croatian Hrvatska seljačka stranka MEP Marijana Petir (EPP), who is the Agricultural Committee rapporteur on the RED II proposal.

She noted that the European Parliament has proposed more than 1,500 amendments to the Commission’s proposal, including the will to keep the 7% threshold of biofuel-powered transport until 2030.

The lawmaker argued that producing animal feed in Europe has the advantage of reducing imports from Argentina and the US which are genetically modified (GM), as well as activating production in abandoned land in Europe and boosting rural employment.

The bioethanol industry claims to have created 50,000 direct and indirect jobs since the EU introduced biofuels policy, while the biodiesel sector claims 220,000 more.

Petir said she would not push for a binding target for every member state, for this would be too strict and not take account into different levels across the member states.

Fjellern concluded by saying that to avert the risk of taking farmland away from food production, member states would have to come up with appropriate sustainability criteria, but that no one-size-fits-all approach exists.

The same should be applied to trade with third countries, said the Swedish lawmaker, which could certify their crops as sustainable – similarly to what has been done with the “sustainable wood” label to prevent illegal logging.

But he recognised that “finding a suitable sustainability framework is a huge challenge. If I had an easy answer to this question, the Commission would already have presented the solution”.