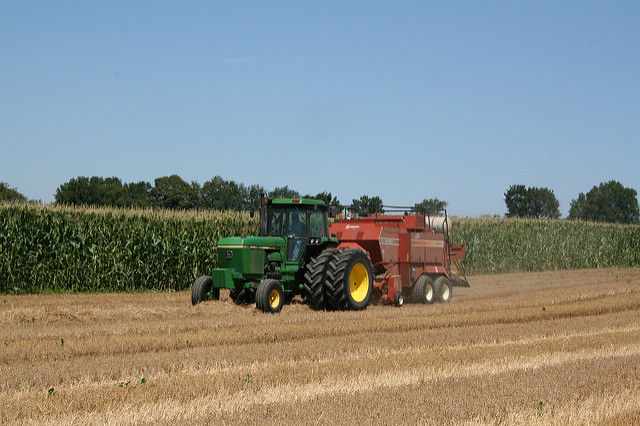 The Commission’s approach has been determined by a flawed analysis of global commodity price movements, ignores the best available science, downplays the role that EU produced sustainable biofuel could play in providing a cleaner energy mix for road transport and reducing GHG emissions and ignores the fact that any concerns about conventional biofuels could be addressed by sustainability criteria.

The Commission pays scant attention to the 220,000 European jobs that depend on biofuels and ignores the benefits that supportive policies on biofuels have delivered elsewhere. In the US, for example, support for ethanol production bolstered farm incomes, brought jobs and investment to rural areas and created conditions where US farmers can now produce more food, more animal feed and more fuel from the same land area.

On top of all of this, the Commission’s approach clashes with the thinking of the UN Food and Agriculture Organisation.  The FAO’s Secretary-General has said that to deal with the world population of 9 billion people by 2050 “we need to move from the food versus fuel debate to a food and fuel debate.”

The Commission’s constant policy u-turns have been blamed for undermining investor confidence, causing the cancellation of investment proposals, for biorefinery closures, for jobs being lost and for EU farmers being denied access to a potentially significant income stream.

Oblivious to science, logic or criticism, the Commission now proposes to phase out targets for conventional biofuels after 2020.

Copa-Cogeca, the ‘voice’ of European farming has rejected these proposals on the basis that “conventional biofuels produced from EU arable crops would:

In Ireland, the Irish Cattle & Sheep Farmers’ Association dismissed the Commission proposals as  “ really bad news for EU farmers — for the environment and for those who believe that fact and scientific reason should underpin EU decision-making” and as putting tens of thousands of jobs across Europe at risk. The Association’s President said the proposals would delight the “fossil fuel oil companies and the palm oil importers”.

The EU Commission is not the sole culprit for Europe’s shambolic biofuels policy. Significant responsibility lies on the shoulders of the co-legislators, the Council & the EU Parliament.

Both have failed to reign in the excessive zeal of the Commission or to hold the mandarins to account for their policy gaffs.

As an Irish legislator, I will be taking a particular interest in the response of the Irish Government to the Commission’s proposals.

In a short debate in the Irish Senate last week I asked what the Irish government’s response to the Commission’s latest onslaught on biofuels would be.

My interest was more than academic; I live in and represent a part of Ireland that suffered grievously when Europe’s sugar sector was ‘restructured’.

Since that ‘restructuring’ Irish political figures of all political stripes have been critical of the damage ‘imposed from Brussels’ on Irish farmers and on the workers who lost their jobs when Ireland’s sugar factories were closed.

Proposals to establish one or possibly two sugar/bioethanol refineries had senior politicians queuing to offer support.

One of the strongest advocates of an Irish bio-energy renaissance is now the Irish Minister with responsibility for climate action, Denis Naughten.

In the past, the minister has spoken of bio-energy as an “untapped sector” for Irish farmers, castigated the lack of support for an Irish biofuel industry and advocated the removal of all excise duty from biofuels.

Given this past enthusiasm for biofuels, I hoped for a robust response to the Commission proposals. Unfortunately, the minister himself could not be present for the debate. The Minister who took the debate ‘kicked to touch’ with to a script which outlined the Commission’s approach, made an odd reference to indirect land use change, promised a consultation process but shed very little light on Ireland’s response.

It will be interesting to see whether in the coming month’s Ireland’s climate action minister will bring his past passion for conventional biofuels to bear on the Commission’s latest proposals or whether the Commission mandarins and their allies within the Irish administration will wear down his enthusiasm.