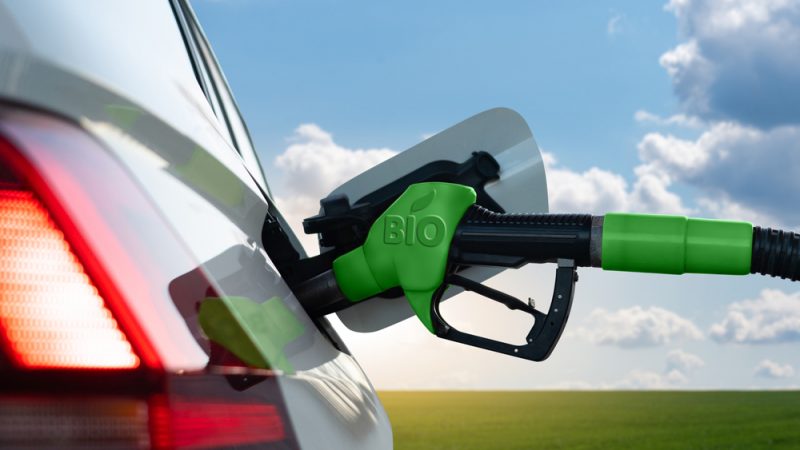 Russia’s war on Ukraine has dramatically highlighted the urgency of reducing the EU’s dependence on fossil fuels and supporting its energy and food independence. This effort will require mobilising an array of domestic resources. Fortunately, as Simona Vackeová and Xavier Noyon write, the EU has a homegrown solution that is already displacing fossil fuel in transport and other uses: sustainable biofuels from crops, wastes and residues.

The European Commission’s RePowerEU proposal to boost EU energy security is an important step to reducing dependence on imported crude oil and ensuring stable domestic production of fuel and food, while continuing the drive to carbon-neutrality and a circular economy. The proposal focuses mainly on gas and electricity production, but the need to displace liquid fossil fuels should not be overlooked.

As a proven, domestically sourced technology for reducing emissions from road transport – and as the leading source of renewable energy in transport – biofuels have a valuable strategic role to play in this effort.

Even as Europeans show solidarity with the people of Ukraine, more than ever they see the importance of reducing EU reliance on imported energy. EU policymakers considering ways to address these challenges should be aware of the strategic contribution that domestically produced biofuels can make.

That’s why it is so important for the EU to fully realise its goals of achieving energy and food independence by mobilising its entire bioenergy sector – making full use of domestic biorefineries that produce fuel, food, feed and other valuable co-products.

European renewable ethanol and biodiesel are proven to significantly reduce greenhouse-gas emissions from the petrol, diesel and hybrid cars, vans, trucks and buses that continue to predominate on Europe’s roads. They deliver results now, without requiring new infrastructure investments.

Biofuels production in European biorefineries also contributes to EU food security by creating important protein by-products that offset the need to import such commodities, as well as other co-products that replace fossil chemicals in various applications ranging from cosmetics and hand sanitisers to solvents and coatings.

The equation is simple: without biofuels in the transport mix, Europe would be even more reliant on imported fossil fuels and more exposed to global market fluctuations. As the most recent Eurostat EC SHARES report illustrated, all biofuels together account for over 90% of renewables in transport. Restricting the contribution of such biofuels to climate targets only opens the door for even more reliance on fossil fuel.

The questions about the sustainability of crop-based biofuels and their impact on agriculture and the environment have been answered repeatedly; we know which biofuels are good and which are bad. To be used in transport, EU biofuels must meet stringent sustainability criteria. There is simply no reason to restrict their ability to contribute to the drive for carbon-neutrality and energy independence.

In its Renewable Energy Progress reports, the European Commission regularly assesses the sustainability of biofuel production and use in the EU, including on such criteria as feedstock type, land use, impact on food prices and greenhouse gas reduction. As it does every year, the report debunks a lot of the old “food vs. fuel” myths.

Its most recent assessment finds, no correlation between food prices and biofuel demand in the EU in recent years. The Commission also said that most Member States report limited cultivation of feedstock used in biofuel production compared to total agricultural activities and therefore consider that associated environmental impacts are low.

As the EU aims to increase its energy independence and steps up its ambitions to fight climate change, it should not overlook the full potential of domestically produced biofuels. Importantly, the EU should also resist efforts to compromise the existing policy framework and targets regulating biofuels at EU level, which could undermine Green Deal ambitions, jeopardize the internal market and hamper efforts to ensure Europe’s energy independence.