‘Enough with the burning’: EU executive accused of sacrificing forests 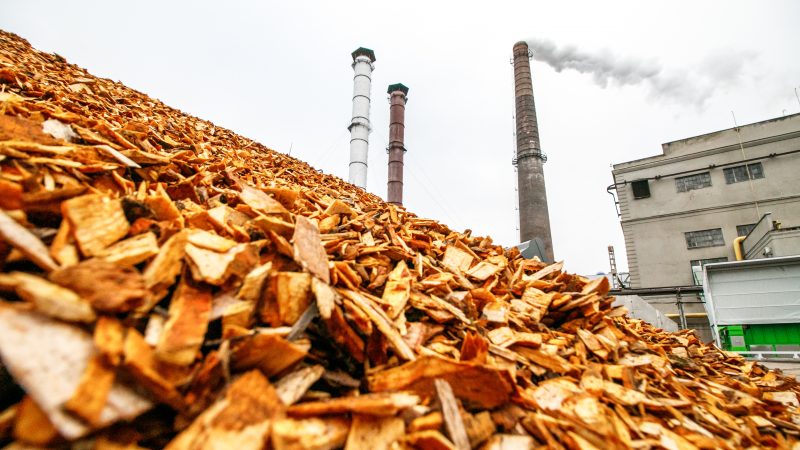 The European Commission has been accused of “sacrificing forests” after it published proposals that would allow trees to continue to be burned for fuel. EURACTIV’s media partner, The Guardian, reports.

The charges of “accelerating climate breakdown” through wood-burning were made on Friday as the European Commission unveiled its forest strategy, which includes a goal to plant 3bn trees across the EU by 2030.

The forest strategy is part of a broader plan to confront the climate and nature emergencies and put the EU on track to cut emissions by 55% by the end of the decade, a mammoth bundle of legal proposals known as “Fit for 55”.

Campaigners said the commission had not gone far enough to tighten the rules on wood that can be burned for fuel. A draft update to the EU’s renewable energy directive proposes banning the biomass industry from taking wood from “primary forests” – virtually untouched ancient woodlands, which account for just 3% of all EU forests.

In the next tier of “highly biodiverse forests”, wood for biomass would be limited “to ensure no interference with nature protection purposes”, the commission said. Overall “the use of whole trees for energy production, whether from the EU or imported, should be minimised”, while subsidies for biomass from tree stumps and roots will be phased out.

Lina Burnelius, project leader at Protect the Forest Sweden, said the commission had failed to address one of the key drivers of forest degradation – counting forest biomass as renewable energy. “Fit for 55 is harmful to forests and insufficient to tackle climate change. We are in desperate need of honest policies that include all our emissions in the statistics.”

The European Commission had chosen “to sacrifice forests rather than admit that current EU bioenergy policy is making the climate crisis worse”, she said. “Enough with the burning. We cannot just switch from burning one climate disastrous fuel to another”.

Burning wood for electricity releases more carbon into the atmosphere than gas or coal, and many scientists are sceptical that planting trees to repay the “carbon debt” squares with commitments under the Paris climate agreement.

Earlier this year, more than 500 scientists wrote to European Commission president, Ursula von der Leyen, and other world leaders, calling on them to end all subsidies for wood burning. “Regrowing trees and displacement of fossil fuels may eventually pay off this carbon debt, but regrowth takes time the world does not have to solve climate change,” stated the letter, whose signatories included Jean-Pascal van Ypersele, a former vice-chair of the Intergovernmental Panel on Climate Change. “Trees are more valuable alive than dead both for climate and for biodiversity.”

In response to the Guardian, the EU environment commissioner Virginijus Sinkevičius said the EU strategy clearly states that “whole woods” were to be avoided for biomass. “Our aim is very clear: the forests have to play a vital role, a contribution to our Fit for 55 target, for our 55% [emissions-reduction] target.”

He suggested “most” EU member states were not burning whole trees for biomass “because economically it doesn’t make sense”. Instead, he said, biomass producers were “usually” using tree parts “that are not used anywhere else” and whole wood “is used in the value chain for products that actually store carbon for a much longer time”.

A recent report from the commission’s scientific advisers shows that 49% of the EU’s woody bioenergy comes from residues and wastes from logging and timber processing, such as branches and sawdust. A further 37% comes from “low-quality” stemwood (trunks) and immature trees cut down for forest management, while 14% of biomass was from an unknown source, which researchers suspect to be trees, rather than waste wood.

Demand for biomass has surged in the last two decades under EU targets to generate energy from renewable sources.

Sini Eräjää at Greenpeace said demand for biomass had been driving wood extraction. The “tweaks” proposed by the commission to protect a small part of EU forestland, she said, “would allow the industry to extract more wood from any of the other forests, which is of course bad for climate”.

The final version of the law will have to be agreed EU governments and members of the European parliament.