“It’s essential that we don’t forget that 30% of the Earth’s surface is covered by forests. These forests account for 80% of biodiversity and, therefore, there’s a serious challenge here,” said Charles Michel, the President of the European Council.

“The challenge is for us to mobilise, to band together, so that we protect forests and manage them in a sustainable fashion,” he added.

“We committed ourselves to protecting primary forests and to planting three billion trees by 2030 and that sends a very strong signal,” Michel said in his speech.

The significance of forests for biodiversity was one the main themes of the Paris summit, which saw 50 countries commit to protecting almost 30% of the planet by 2030. Other topics included the protection of land and marine ecosystems, the promotion of agro-ecology and the mobilisation of funding for biodiversity.

“When we lose forests, we don’t ‘just’ lose green space or natural habitat. We lose a key ally in our fight against climate change,” said Ursula von der Leyen, the President of the European Commission who also spoke at the summit.

To protect nature, Europe will lead by action and ambition at home.

And we will do everything we can to bring many partners on board.

Among the signatories to the 30% pledge were 14 EU countries – France, the Czech Republic, Denmark, Finland, Greece, Ireland, Italy, Luxembourg, the Netherlands, Portugal, Romania, Slovakia, Slovenia and Spain – as well as the European Union.

“Some of Europe’s most forested countries, including Germany, Sweden and Finland, are apparently not ready to acknowledge the problems in their own backyards,” said Kelsey Perlman, a campaigner at Fern, an NGO dedicated to protecting forests and the rights of people who depend on them.

“Many of Europe’s forests are in a dire state and biodiversity loss across the continent is the slow bleeding wound that European nations should commit to heal,” she added.

The summit kicked off a busy year for environmental diplomacy with both the UN biodiversity conference in Kunming and the UN climate summit in Glasgow rescheduled to 2021 because of the pandemic.

These international gatherings will take place amid a rapidly deteriorating situation for the world’s biodiversity, which is threatened by a sixth extinction, according to a landmark UN report published in 2019.

None of the UN’s so-called Aichi biodiversity targets for 2020 have been fully achieved and only six have been partially met, according to a recent progress report.

“Not a single one of the twenty Aichi targets has been implemented, such as putting an end to species extinction or cutting pollution, and we have to face up to this failure and learn its lessons,” said French President, Emmanuel Macron who hosted the Paris meeting.

Teen activist Greta Thunberg highlighted this failure on Twitter, saying, “Each day they choose not to act.”

The link between deforestation, biodiversity loss and pandemics was also highlighted at the Paris summit. Climate change and environmental pressure is believed to increase the likelihood of zoonotic diseases, which can pass from animals to humans.

“We’re all well aware – and this is something COVID-19 has thrown into stark relief – of the link between the loss of biodiversity and the development of zoonoses,” Michel told the conference.

“We know to what extent trafficking in animal species and wildlife contributes to these problems. 1.6 million viruses have not yet been detected, but they encapsulate this link between human and animal species,” he said.

Von der Leyen also highlighted the link between deforestation and the outbreak of diseases, pointing to an Ebola outbreak in West Africa thought to have been caused by bats displaced by deforestation.

“If we don’t urgently act to protect our nature, we may already be at the beginning of an era of pandemics. But we can do something about it. It needs concerted global action and local sustainable development,” said the Commission President. 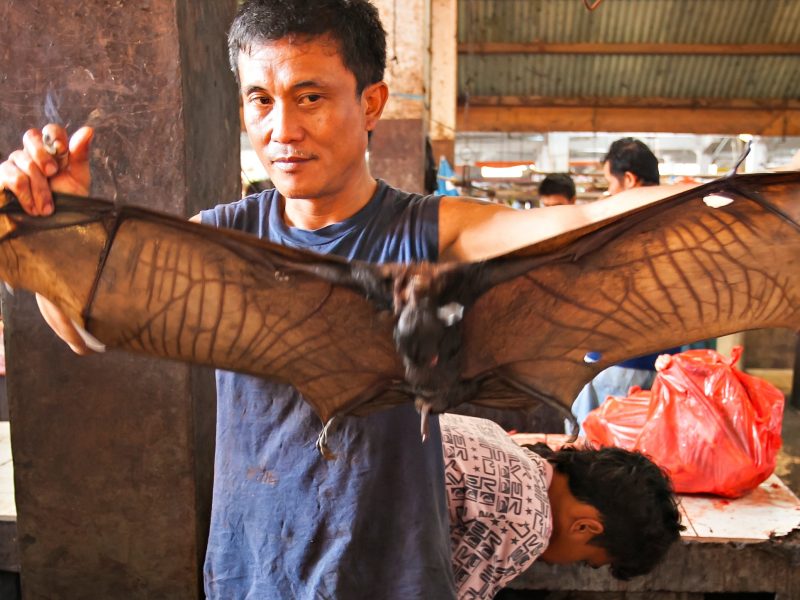 While still in the grips of a global pandemic, it has become painfully apparent that addressing the complex interactions of human, animal, and environmental health needs multilateral and national adoption of a fully integrated One Health approach, write Cristián Samper and Niels Annen.

At EU level, pressure has been growing to increase the protection of forests, both within the 27-member bloc and beyond.

For the first time, the European Commission is expected to table legally-binding targets for biodiversity protection before the end of the year, including commitments for restoring old-growth and primary forests thought to be the richest in biodiversity.

The new biodiversity targets will be tabled following a public consultation launched on Monday, with a final decision expected to be taken by EU member states and the European Parliament.

The EU’s new nature protection ambitions were laid out in a new biodiversity strategy presented in May last year, which aims to protect 30% of land and seas by 2030. The strategy also commits Europe to plant three billion trees and provide €20 billion per year for biodiversity by the end of the decade.

The EU is also looking at ways of preventing imported deforestation, where trees are felled in other parts of the world to grow products like coffee, cocoa, soy and palm oil which are consumed heavily in Europe.

According to EU estimates, European consumption is though to be responsible for 10% of global deforestation.

A report released by WWF on Tuesday (13 January) found 43 million hectares of forests  were lost in 24 hotspots over the last 13 years, the majority of them (52%) situated across Asia, Latin America and Africa.

In October 2020, lawmakers called for the Commission to introduce mandatory due diligence laws to force companies to prove that products sold in the EU do not drive deforestation or violate human rights.

“It is our duty to ensure that our Single Market does not drive deforestation in local communities in other parts of the world. This is why, later this year, we will propose new legislation to minimise the risk of products linked to global deforestation being placed on the EU market,” said von der Leyen.

Environmental campaigners have applauded the EU’s renewed commitment to halt deforestation but said they would wait for concrete results before rejoicing.

“The proof will be in the pudding,” said Ester Asin, director of the WWF’s European Policy Office. “The EU’s new deforestation law must be far-reaching, ensuring the protection of the world’s forests and other ecosystems, like savannahs and grasslands, and safeguard the human rights of the people that depend on them,” she said.