Biomass played “a substantial role” in the coal-free run that the UK electricity sector enjoyed in May and June this year, said Rebecca Heaton, head of climate change at Drax, a British power station running on biomass and coal. [Drax]

“Not all biomass is good biomass,” says Jennifer Jenkins, chief sustainability officer at Enviva, a US-based company which is the world’s largest producer of industrial wood pellets used for electricity and heat production.

“We agree that not all biomass should automatically be categorised as carbon neutral,” Jenkins told an online debate organised on 29 June during EU sustainable energy week.

To bring climate benefits, biomass needs to come from low-value wood residues or smaller trees coming from timber harvests – not from high-value trees that could be used in products like furniture or construction material, Jenkins said.

The question now facing policymakers in Brussels is how to ensure EU energy policies do not encourage the wrong sort of biomass, even inadvertently.

Biomass currently represents almost 60% of the EU’s renewable energy, more than solar and wind power combined, according to the EU’s statistical office, Eurostat.

And even though wind and solar are growing fast, countries such as Austria, Denmark, Finland, Latvia and Sweden would be unable to achieve their 2020 renewable energy targets without biomass, experts say.

“Bioenergy is basically the backbone for these countries’” renewable energy policies, said Martin Junginger, a professor of energy and resources at Utrecht University who spoke at the online event.

The future of bioenergy in Europe is looking uncertain, however.

Earlier this year, the European Commission announced it would perform a comprehensive assessment of biomass supply and demand in Europe and globally with a view to “ensure that EU biomass-related policies are sustainable”.

“The overall objective is to ensure that EU regulatory framework on bioenergy is in line with the increased ambition set out in the European Green Deal,” the Commission said in its biodiversity strategy, published on 20 May.

Among other things, the biodiversity plan aims to protect primary and old-growth forests, which “keep removing carbon from the atmosphere, while storing significant carbon stocks,” the EU paper said.

“The use of whole trees and food and feed crops for energy production – whether produced in the EU or imported – should be minimised,” the policy paper added.

But sorting out “good” from “bad” biomass is notoriously tricky.

Last year, a group of climate activists filed a lawsuit against the European Union to challenge the notion that forest biomass is carbon neutral, a principle which is currently enshrined in the bloc’s renewable energy directive.

The European Court of Justice dismissed the case in May this year, saying the activists had failed to demonstrate how the directive was of “individual concern” to them.

Still, the Commission appeared to give credit to the plaintiffs, saying its bioenergy review will include new “operational guidance” on the sustainability criteria for forest biomass currently laid down in the EU’s renewable energy directive.

So how could policymakers distinguish “good” from “bad” biomass? According to some experts, one way could be to contrast the impact of biomass on global carbon stocks in the short and long term.

“If you burn biomass, then of course there is CO2 being emitted,” said Junginger, adding that from that point of view, biomass “critics have a point” and that climate scientists are concerned about the immediate CO2 emissions, which can be “up to twice more than natural gas”.

However, what critics fail to acknowledge is the long-term positive effects of biomass on the climate, Junginger added, saying bioenergy from sustainably managed forests is carbon neutral in the long run because trees re-absorb carbon dioxide as they grow.

“Ultimately within two or three decades, even the lesser sustainable kinds of biomass will have repaid their carbon debt and perform better than fossil fuels,” he argued.

For him, the choice to rely on biomass therefore depends more on the timeframe in which policymakers place themselves.

“If within ten years, we have to decarbonise everything, then yes, biomass is not a very attractive option” because of the “carbon debt” that biomass creates for the coming decades, Junginger said.

But if policymakers consider that climate change is “a matter of decades and centuries” then biomass has a role to play in mitigating climate change, he claimed.

The timeframe criteria does not necessarily speak in favour of biomass. In November last year, the European Parliament declared a “climate emergency”, calling on the Commission and member states “to urgently take the concrete action needed in order to fight and contain this threat before it is too late”.

According to UN scientists, the coming 10 years will be critical to ensure the world stays on track with the Paris Agreement, which seeks to limit global warming to well below 2C, and aim for 1.5C.

To hold warming to this limit, carbon pollution must fall to ‘net zero’ by 2050, according to scientists at the Intergovernmental Panel on Climate Change (IPCC). 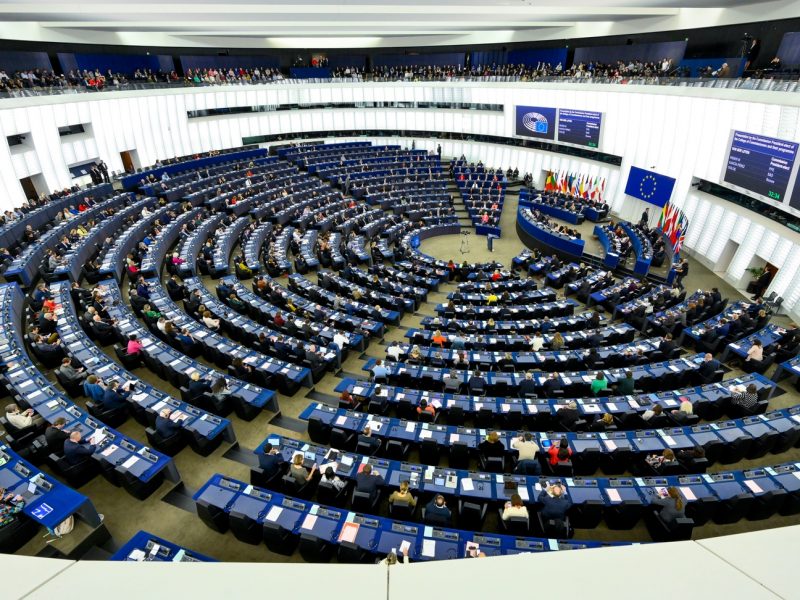 The idea that biomass could be discriminated based on timeframe is making the bioenergy sector cringe, though. According to Enviva’s Jennifer Jenkins, biomass brings immediate benefits as long as it comes from “working forests”, whose tree stocks are “stable or increasing”.

“I would argue the benefits are immediate, we don’t need to worry about the short versus long term time frame,” Jenkins argued.

To her, land use change is a more relevant criteria to measure sustainability. In order to bring climate benefits, biomass “needs to come from a working forest that is returned to forests after harvest – not from forests that are converted to agriculture” or other uses after trees are felled, she said.

‘Transitions’ in biomass use

Another potential way to manage the climate impact of biomass is to prioritise the sectors in which it should be used in priority.

“Sustainable biomass is scarce,” said Martin Junginger. “So we have to think cleverly where we want to deploy it,” he added, citing hard-to-abate sectors of industry and transport as areas where scarce biomass resources could be put to best use.

“At the moment we use biomass mainly for low-temperature heating – so, for heating houses,” Junginger pointed out, saying this was “not very clever” because other solutions like insulation or heat pumps are more efficient.

Instead, he said biomass should be used in priority “for industrial purposes which are harder to decarbonise,” as well as heavy-duty road transport, shipping and aviation where biofuels can provide an alternative to hydrocarbon-based fossil fuels.

Another transition is the way biomass is used for electricity. “With intermittent wind and solar,” biomass is well positioned to provide peak load instead of base load, Junginger said.

Biomass played “a substantial role” in the coal-free run that the UK electricity sector enjoyed in May and June this year, said Rebecca Heaton, head of climate change at Drax, a British power station running on biomass and coal.

“Obviously the grid will be predominantly solar and wind” in the future, but biomass can help “when the wind doesn’t blow and the sun doesn’t shine,” Heaton said.

2 responses to “‘Not all biomass is carbon neutral’, industry says”