By Alison Hoare and Darragh Conway

To be effective, forest protection measures must be backed by a well-resourced enforcement regime with dissuasive sanctions, argue Darragh Conway and Alison Hoare. [CIFOR / Flickr]

The EU’s commitment to introduce mandatory due diligence standards on companies importing products linked to environmental damage and human rights abuses deserves praise, write Darragh Conway and Alison Hoare. It now must be followed through, they argue.

This announcement represents a welcome and long-awaited departure from the EU’s hitherto reliance on voluntary action by companies to address deforestation and human rights abuses in their supply chains. Research has shown that these voluntary approaches have done little to reverse the global trend of accelerating deforestation and widespread violence against environmental defenders.

The move also comes at a crucial moment, as countries such as the United States and Indonesia water down environmental standards, citing a need to boost economies hit by COVID-19, and a minority of European politicians call for the EU Green Deal to be abandoned in the face of the pandemic.

With the world already having entered the sixth mass extinction and time quickly running out to meet the climate targets of the Paris Agreement, such responses are both short-sighted and dangerous. Reynders’ announcement sends a clear message to the EU’s trading partners that one crisis does not provide an excuse for ignoring another.

Enforcement and governance must be key pillars of the EU response

When questioned by MEPs and civil society organisations, Commissioner Reynders clarified that the due diligence law will be mandatory, apply across sectors and include sanctions for companies that fail to comply. These are all crucial elements of an effective approach and it is encouraging to see the Commission committing to them from the outset.

The devil, nonetheless, remains in the details still to be haggled over between the Commission, the Council and the Parliament.

Legislators would do well to learn from the experience gained from the EU Timber Regulation (EUTR) and the Forest Law, Enforcement and Governance Action (FLEGT) Plan, of which the Regulation is an integral part. Despite their flaws, these instruments have proven effective in changing business practices both in Europe and in the tropical forest countries in which timber is produced.

First, for requirements to be effective they must be backed by a well-resourced enforcement regime, and dissuasive sanctions need to be available and consistently applied.

This has been underscored by experience with enforcement of the EUTR in France and the Netherlands, where limited resources and a reluctance to impose penalties, in each respective country, have undermined the effectiveness of the legislation.

Second, enforcement and sanctions should be accompanied by long-term engagement with businesses, both in Europe and in supplier countries. This includes providing training to companies, both to understand the objectives of the legislation and to develop the technical skills needed for compliance.

Third, the EU should provide support and investment to those countries where goods are produced to ensure that the new rules do not represent a de facto trade barrier. For many countries with high deforestation rates, the production of agricultural commodities is critical for rural livelihoods and their trade provides a valuable source of export revenues.

Deforestation in these countries is often the result of weak institutions, limited resources and governance challenges, such as corruption. Tackling deforestation requires addressing these underlying issues through supporting governance reforms and strengthening legal and institutional frameworks.

Fourth, and linked to the preceding point, any credible approach to address deforestation at scale needs to be focused on the national – or at least jurisdictional – level. Efforts focused on certification of products or producers, for example, risk simply creating pockets of good practice while displacing deforestation to neighbouring areas.

Experience shows that the EU can play a positive role in supporting systemic change in producer countries. Although not without their challenges, Voluntary Partnership Agreements under the FLEGT Action Plan have led to deep-seated forest governance reforms in many countries.

Our research indicates that these agreements have been a significant factor in bolstering legality and sustainability of forest sectors in nearly all of the countries that have entered into them. Similar agreements for commodities associated with deforestation could be negotiated, as has already been proposed for cocoa.

Finally, the EU should ensure coherency between due diligence legislation and its broader laws, policies, and agreements. Free trade agreements, for example, should support forest protection rather than drive deforestation.

This requires broadening and strengthening provisions on the environment, forests, and human rights and providing for more effective civil society monitoring and enforcement mechanisms. It should also include improved participation of civil society in their negotiation and implementation, one of the key strengths of Voluntary Partnership Agreements.

The EU has taken an important step toward becoming a global leader in halting the sacrifice of the world’s forests at the altar of short-term economic growth. It must now move quickly to develop legislation that is both strong and dissuasive while also providing the support that businesses and partner countries need to play their part. 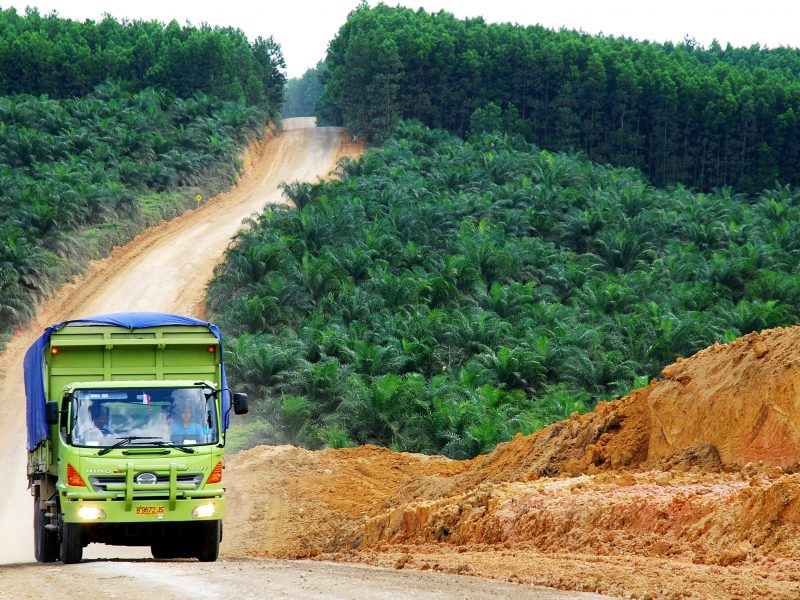 US scientist: 'Roads and corruption' are big drivers of deforestation