Hannah Mowat is Campaigns Coordinator at Fern, a forest NGO.

The famous American essayist HL Mencken cynically observed that in order to get elected, politicians “search out groups who pant and pine for something they can’t get, and promise to give it to them. Nine times out of ten that promise is worth nothing”.

When the European Parliament elected Ursula von der Leyen as the European Commission’s first woman President, her victory was built on a promise that the EU would begin a new chapter in its fight to protect the planet: a promise that held huge appeal to the Green and socialist MEPs whose votes she coveted.

Yesterday (10 March) marked von der Leyen’s 100th day as Commission President and is therefore a timely moment to assess whether she’s living up to her pledges, and, more specifically, what a von der Leyen presidency means for forests.

Central to von der Leyen’s pre-election campaign was her undertaking to launch a European Green Deal within her first 100 days as Commission President – with the aim of making the EU “climate neutral” by 2050. And she has obliged: on December 11, 2019 she set out the Commission’s plan for tackling what it called “this generation’s defining task” .

This signified a major departure from the previous Juncker-led Commission, which prioritised cutting EU regulations, and dealing with the migration crisis, Brexit and the fall-out from the global financial crash. The Green Deal proposal, by contrast, was a statement of intent: a declaration that the climate emergency supersedes all others, while presenting an overarching vision of how to tackle it.

Forests and climate are, of course, intrinsically linked. The Green Deal makes a number of promising references to forest initiatives, which – if correctly implemented – have the potential to strengthen European, as well as global, forests.

Particularly welcome, as Fern detailed at the time, was the Commission’s commitment to laws ensuring that supply chains are deforestation-free. Such a law is essential to tackling the biggest cause of deforestation worldwide – land being cleared for agriculture – which the EU, as collectively the second biggest importer of goods resulting from deforestation, is deeply complicit in.

Also welcome, was the Commission’s acknowledgement that the “EU’s forested area needs to improve, both in quality and quantity, for the EU to reach climate neutrality and a healthy environment.” It added that it would “identify measures to improve and restore degraded ecosystems” and consider “a natural restoration plan”.

These are all issues Fern has been campaigning on for years, so we know that everything hinges on what these policies will mean in practice. In other words, what will the individual pieces of legislation look like?

So far, the signs aren’t all positive.

On March 4, the Commission proposed its flagship Climate Law, designed to set a legally binding target for the EU to reach net-zero emissions by 2050. Activists, including Greta Thunberg, quickly declared the proposal a “surrender”, stating: “We don’t just need goals for just 2030 or 2050. We, above all, need them for 2020 and every following month and year to come.”

Yet beyond the question of the time-frame for action, the proposal has other flaws: the Commission suggested that “natural solutions”, such as protecting forests, can play a role in removing carbon from the atmosphere, but failed to explain how its climate strategy linked with its environmental objectives.

Most worrying is that the Commission put the role of natural ecosystems and carbon removal technologies on a level footing. Yet, whereas restoring forests is virtually guaranteed to deliver multiple benefits for the climate, wildlife and communities, technological options, for removing carbon from the atmosphere, such as Bioenergy with Carbon Capture and Storage (BECCS), remain unproven and unworkable at scale. 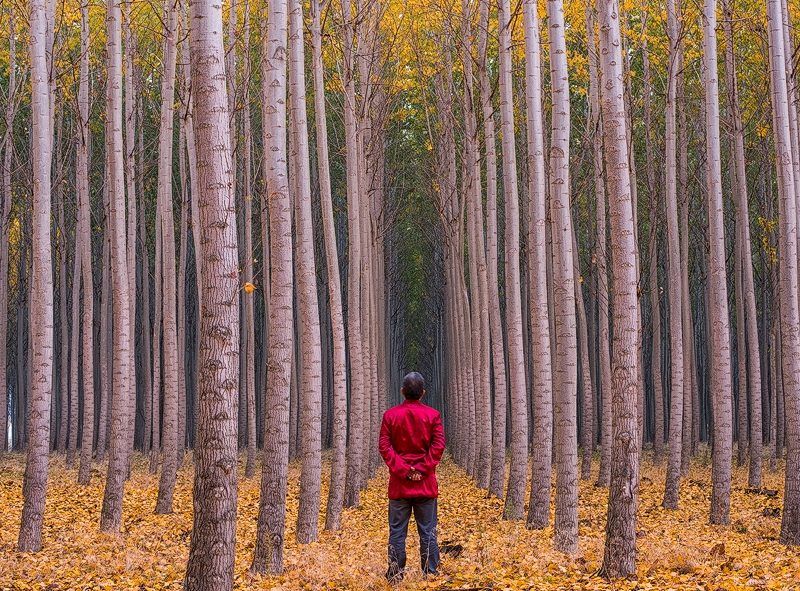 If those rumours are true then this could be the start of a brighter future for EU forests, perhaps even heralding the Return of the Great European Forest, that once covered so much of our continent.

But for now, the future remains unwritten.

If von der Leyen’s Presidency was a marathon – after just 100 days in power and with 1725 remaining – she would have barely covered a couple a miles. The true measure of the new Commission’s ambition – and von der Leyen’s commitment to fulfil her election promises – will be seen after five years.

Only then will her legacy be clear: and we will know whether she’s played a significant part in helping avert the climate crisis, or done little more than fiddle while the forests burn.