The EU must look beyond its borders and delivers the global leadership the coronavirus crisis demands, and shape a new partnership with its closest neighbour, Africa, in the process, argue the directors of the European Think Tanks Group.  [EPA-EFE/Daniel Irungu]

Last week, Borrell courted controversy at an EU-African Union meeting in Ethiopian capital Addis Ababa, when he implied that the EU would provide African leaders with military support, something which would be in breach of the current EU legal framework.

“We need guns, we need arms, we need military capacities and that is what we are going to help provide to our African friends because their security is our security,” the Spanish diplomat said.

But EU officials are anxious that their new Africa strategy, based around partnerships on trade, migration, environmental policy, digital and mobility does not get derailed by the delayed talks on the post-Cotonou trade and political accord which covers 48 of the 54 Africa countries.

Negotiators from the EU and the African, Caribbean and Pacific community (ACP) agreed on 17 February to extend until December the Cotonou Agreement, signed in 2000, which covers trade and political relations between the EU and the ACP.

Talks on a post-Cotonou pact, which was due to expire in March, have been slow from the start. In 2018, African states failed to agree to replace the ACP structure with the African Union leading talks, much to the chagrin of the likes of Rwandan President Paul Kagame.

The bad blood has remained. The AU’s chief negotiator on post-Cotonou, Carlos Lopes, one of the leading advocates of a continent-to-continent trade and political pact has been a polarising figure throughout the talks and is regarded with distrust by the Commission and ACP officials alike.

Meanwhile, EU member states have been divided over whether to offer more generous or tougher conditions on migration, legal migration pathways, and re-admission for failed asylum seekers and economic migrants.

Last May, negotiators were saying that the March 2020 deadline, when Cotonou was due to expire, would not be met.

Jutta Urpilainen, the EU International Partnerships Commissioner, and Robert Dussey, Togo’s foreign minister and chief negotiator for the ACP, are anxious to break the impasse.

Documents seen by EURACTIV suggest that Urpilainen’s team have set an ambitious timetable to conclude the talks by the end of April, leaving a seven-month window for the new treaty to be subject to legal scrubbing, with a view to being formally signed in late November.

The Commission worries that having to grant another ‘Brexit-style’ extension to the post-Cotonou process could risk the entire status of the EU-ACP dialogue.

The Economic Partnership Agreements between Brussels and African regional blocs were repeatedly delayed following African complaints that the trade accords were skewed in favour of EU exports. A frequent complaint from African diplomats in Brussels is that the bulk of their exports to European countries are still in raw commodities rather than finished products.

The EPA with the Southern African Development Community is the only one to have formally entered into force.

The von der Leyen Commission is also anxious to ensure that the post-Cotonou process does not derail the EU-African Union (AU) summit in October, where it wants to announce the new ‘Comprehensive strategy with Africa’. 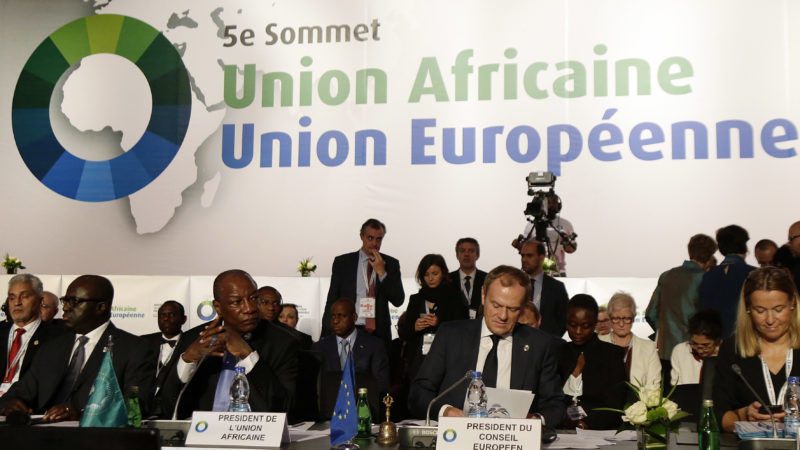 'Partnerships' to be at heart of EU-Africa strategy, leaked paper reveals

The EU will seek to put a series of policy-themed ‘partnerships’ at the heart of its EU-Africa strategy which will be formally launched in early March, according to a leaked draft obtained by EURACTIV.

But despite the ambitious new agenda, Urpilainen and Dussey are yet to tackle migration policy, while the question of the restitution of cultural goods also remains a sore point with African delegates.

The post-Cotonou framework is also complicated by the delay in agreeing on the EU’s next seven-year budget. A two-day EU leaders’ summit collapsed last month with member states no closer to a deal.

Funding for sub-Saharan Africa faces cuts worth €1.36 billion, according to the negotiating box tabled by European Council President Charles Michel, and that could affect the funding of the ACP’s secretariat, which is currently financed by Brussels.

The question of whether the European Development Fund, currently an inter-governmental fund which the Commission wants to integrate as an EU programme governed by the EU executive, is also yet to be fully resolved, EURACTIV understands.