Gustavo Müller is a senior researcher at the Leuven Centre for Global Governance Studies.

The election of Jair Bolsonaro as Brazilian president continues the regional trend in Latin America that has seen the rise of a variety of right-wing governments. As the world’s 4th largest democracy turns to the extreme right, the European Union will be forced to review its foreign policy towards Latin America.

Notably, it will have to adapt to the weakening of the region’s cooperative projects and organisations. If the polarising discourse of Bolsonaro and its campaign team shapes Brazilian foreign and domestic policies over the next four years, the EU should expect a growing gap regarding interests and values between both regions.

The EU’s multi-layered foreign policy towards Latin America has been laid out in its 2016 Global Strategy which emphasises region-to-region relations with the Community of Latin American and Caribbean States (CELAC) – a consensus-based intergovernmental organisation of 33 sovereign members – as its counterpart.

The Global Strategy also mentions an approach that builds on “competitive advantages” of various regional groupings, including the current negotiations of the EU-Mercosur free trade agreement, as well as an open relationship with Cuba and support for the implementation of the peace agreement in Colombia. 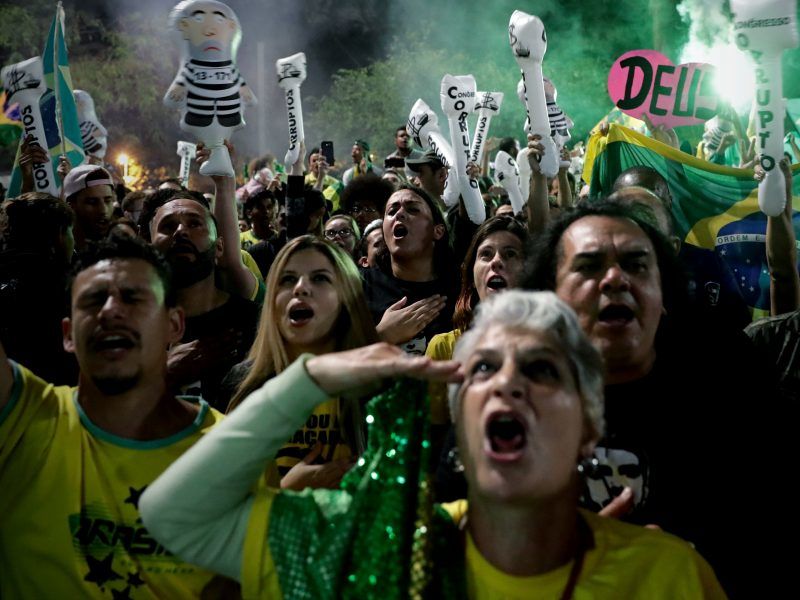 In Brazil, the head of state has great leeway to set guidelines and take foreign policy initiatives. Bolsonaro’s vision of Brazil’s role and place in the world, however, remains largely vague and uncertain. With just five bullet-points on foreign policy, his official election programme lays out a thin strategy that prioritises trade and bilateral relations over cooperation at the regional level.

If the vision is implemented, Brazil will refrain from an active role in non-commercial issues and will rely heavily on a bilateral relationship with the United States. Bolsonaro is also considering to withdraw from the Paris Agreement on climate change and has announced to move Brazil’s embassy in Israel to Jerusalem.

This suggests that Brazil will very likely withdraw its political weight from those regional initiatives of cooperation around which the EU has built its foreign policy strategy towards Latin America. Consequently, organisations that were once symbols of renewed regionalism such as Unasur (Union of South American Nations) and CELAC risk becoming obsolete without the active engagement of regional leaders.

As announced by Bolsonaro’s ‘super minister’ of Economics, University of Chicago graduate Paulo Guedes, Mercosur will no longer be a priority for Brazil. Facing a very real prospect of EU-Mercosur trade negotiations stalling once again, the current Brazilian administration aims at a final agreement during this week’s round of negotiations.

But even if an agreement is signed, and that is a big if, given the history of two-decade-long negotiations, it would still have to be approved by all Mercosur national parliaments next year with the new Brazilian government at full speed.

While in South America the Brazilian position is key to unlock the negotiations, the effect of the future Bolsonaro presidency on EU-Mercosur trade negotiations is surprisingly uncertain.

One the one hand, the Brazilian cross-party agricultural lobby in Congress, with easy transit in Bolsonaro’s transition team, pushes for expanding the export market for commodities.

On the other hand, the agreement will continue to face opposition, on the European domestic level, of sensitive interest groups that dread the prospect of Mercosur commodities flooding the European common market and disturbing the historical compromises of the EU’s Common Agricultural Policy.

If the EU-Mercosur trade agreement moves forward, it would also be the EU’s first deal with agriculture powerhouses of the size of Brazil and Argentina.

These priorities trickle down to practical cooperation at various levels of government, sustaining the inclusion of a multiplicity of stakeholders such as civil society, the business sector, and academia.

Recent EU-CELAC interactions, however, have been constantly disturbed by ideological infighting on the Latin American side touching in particular on the situation in Venezuela. The suspension of the EU-CELAC Summit scheduled for October 2017 reflects the growing regional rift.

If the Bolsonaro government in Brazil refuses to play the role of an honest broker or entirely stops to engage for a regional solution to the Venezuelan crisis, it is difficult to imagine any substantial deepening of region-to-region cooperation as all decisions are taken by consensus of over 60 members of the EU and CELAC.

As Latin America’s largest country tilts to the extreme right and reduces it support for regional cooperation, and with regional groupings being deserted by its members, the EU will have to double down on its flexible approach to the region.

The challenge is to navigate between regional and bilateral strategies while remaining open to dialogue on human rights, democracy and the Rule of Law.

Simultaneously, its approach needs to include meaningful and tailored bilateral relations to accommodate the diversity within the region and within countries while the EU continues to promote autonomous regional cooperation in Latin America.