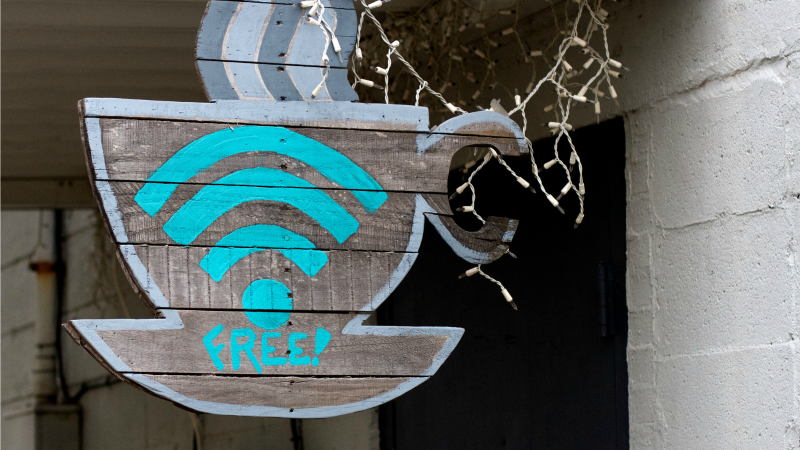 The initial budget of the WiFi4EU scheme is €120 million between 2017-2019. It will support the installation of state-of-the-art Wi-Fi equipment in the centres of community life. [Alan Levine / Flickr]

European Union legislators agreed yesterday (29 May) to set aside €120 million to provide free wireless internet connections by 2020 to up to 8,000 municipalities in the EU in areas with no internet coverage.

The initiative will be funded from the current €1 trillion EU budget, which runs from 2014 to 2020. Towns will have to apply to get the funds “in principle on a first-come, first-served basis,” although some geographical balance between the EU’s 28 member states will be sought, said the Maltese EU Presidency, which brokered the agreement.

The scheme will be open to any local entity with a public mission – typically local municipalities but also libraries or health centres – to fund the equipment and installation costs, the European Commission explained.

It wants to fund free Wi-Fi “in public squares, piazzas, parks, hospitals and other indoor or outdoor public spaces”, the EU executive said in a statement.

The WiFi4EU initiative will contribute to the  vision of having “every European village and every city with free wireless internet ac­cess around the main centres of public life by 2020”, President of the European Commission Jean-Claude Juncker said when he launched the initiative last year.

Free Wi-Fi in cities? 'We panicked for five minutes. Then we realised it's not serious'

The three EU institutions – the Council, the Parliament and the Commission – decided that funds for the free Wi-Fi initiative will come from a limited review of the seven-year EU budget.

Monday’s political compromise will need to be followed by a technical agreement over how the EU budget’s resources should be used to fund the new project. The EU budget cannot be increased, but funds can be partly shifted. New resources could also come from fines to companies or other one-off revenues.

Andrus Ansip, Commission vice-president in charge of the Digital Single Market, said the WiFi4EU agreement was “a welcome first step” towards better connectivity in Europe.

But he added that “much more needs to be done to achieve high-speed connectivity across the whole EU territory – such as improving Europe-wide coordination of spectrum and stimulating investments with the purpose of helping build the high-capacity networks that Europe needs.”

A new legal opinion from the European Court of Justice (ECJ) could topple Germany’s tight restrictions on free Wi-Fi—and internet service providers say it might also help boost the number of free Wi-Fi points across Europe.