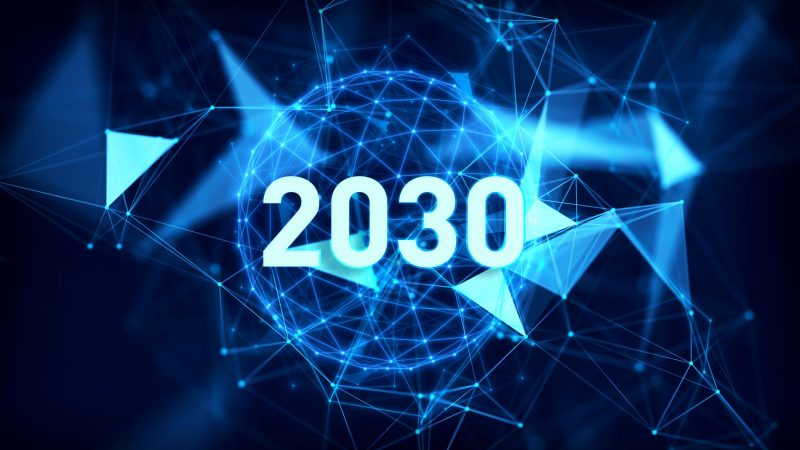 An unpublished report seen by EURACTIV says that the recovery plans of a dozen EU countries do not go far enough to meet the bloc's Digital Decade targets. [Shutterstock]

An analysis of 12 recovery plans submitted by European Union member states seen by EURACTIV ahead of publication indicates that the investment proposed will see the bloc falling radically short of the digital targets it has set itself for the end of the decade.

The analysis, conducted by consulting giant Deloitte and set to be published on 21 June, focuses on the recovery plans of 12 member states submitted to the European Commission in order to unlock funds from the bloc’s historic post-pandemic recovery fund.

The study looks at to what extent the proposed investments would be sufficient to meet the ambitious Digital Decade targets laid down in the Digital Compass 2030 presented by the Commission in May.

It concludes that only the provision of online public services is currently on track to meet the 2030 targets. The other targets are not expected to be met at the current conditions.

For example, the 12 member states plans would only provide 45% of the investment needed to achieve the bloc’s high-speed connectivity target by 2025, according to a European Investment Bank (EIB) estimate.

Sam Blackie, partner at Deloitte, said ahead of the report’s publication that analysis had focused on the recovery plans already submitted as there is no central overview of all digital investments in the EU, as for instance training schemes might not be limited to developing digital skills.

Investing in the digital transition

The recovery fund, aimed at mitigating the economic fallout from the coronavirus pandemic, consists of €672.5 billion in loans and grants, the largest mobilisation of public investments in European history. At current prices, it is five times larger than the US Marshall Plan invested in Western Europe after the Second World War.

To access this funding, EU countries need to respect certain conditions, including investing at least 20% of the funds in the digital transition. With digital deficiencies varying across the bloc, national authorities are required to follow the Commission’s policy recommendations.

“If we look at the country specific recommendations, we see the link with the digital transition in the recommendations that are related to education and skills, connectivity, research and development, digitalization of public services and business environment,” said Maria Teresa Fabregas Fernandez, director of the Commission’s Recovery and Resilience Task Force.

Ben Wreschner, Head of Public Affairs at Vodafone Group, welcomed the study and hoped it would encourage the Commission to ensure member states focus investment in order to achieve the targets.

“The digital transformation is too big for a single company or a single sector to bear it all on its shoulders,” Wreschner said, adding that it requires a “partnership approach”.

He also suggested assessing the digital transformation from an overall perspective through the Digital Economy and Society Index (DESI), which tracks the digital progress of EU countries, because “there’s no point in building a seven-lane highway if no one knows how to drive.”

For Scott Marcus, Senior Fellow at Bruegel, a Brussels-based economic think tank, the recovery plan should not be seen as a mere Keynesian economic stimulus, but “as a historic opportunity to correct some of the deficits in European society in the key areas of digitalisation and green sustainability.”

However, the report suggests that the member states are not seizing this opportunity.

For example, the Deloitte study found that member states are generally lumping funding to boost coverage of ultra-fast gigabit broadband internet into a broader digital infrastructure framework, including the roll-out of 5G, despite being two separate targets. Ensuring connectivity to rural areas is also seldom mentioned in the plans.

The level of commitment to gigabit broadband, internet connections capable of download speeds of 1 gigabit per second or more, varies significantly across EU countries, with Germany taking the most ambitious commitment to achieve complete coverage by 2026.

Skills and training are also neglected in the plans. The report projects that without further intervention, just 58% of adults across the EU would have basic digital skills in 2030, far from the Commission’s target of 80%.

In their plans, the 12 countries analysed assigned €43 billion to upskilling and reskilling their workforces, reaching just 2 million people, or 3% of workers across the EU.

A key target for 2030 is the professional development of 20 million ICT specialists. However, in their plans, only half of the 12 countries allocated any funding to meet this target, accounting for a mere 12% of proposed investments in digital education.

In terms of business support, the recovery plans proposed allocating a combined €39 billion to support the digitalisation of small and medium-sized businesses (SMEs) and promoting the uptake of cloud technology.

But this figure constitutes just 10% of the amount European SMEs already invest in digitalisation per year, according to EIB estimates.

For the digitalisation of the public sector, the 12 countries allocated €26 billion between them, increasing investment in public services overall by 5%.

An addition €10 billion was allocated for electronic ID and e-medical records, although many countries failed to mention these key services in their proposals.

Fourteen member states have submitted their recovery plans to the Commission at the time of publication.