The next round of talks under the so-called Astana Process will take place next month, and there is a growing international interest for this forum, First Deputy of the Foreign Minister of Kazakhstan Mukhtar Tileuberdi told EURACTIV in an exclusive interview.

Mukhtar Tileuberdi is the Kazakhstan first deputy minister of foreign affairs. A career diplomat, he has served as in the Republic of Korea and in the State of Israel, and as Ambassador to Malaysia and in Switzerland.

He spoke to EURACTIV’s Senior Editor Georgi Gotev on the fringes of the Third International Conference on Syria in Brussels, on 14 March.

It’s not surprising that Kazakhstan is represented at the Conference on Syria in Brussels, given the importance of the Astana process. [Kazakhstan is offering its capital Astana as a neutral venue and “a natural home” for peace negotiations on Syria.] Has there been any updates on this initiative?

The Astana process is still ongoing. We have recently received a request from the state-guarantors [Russia, Turkey, Iran] to host another round, the 12th, in Astana during April.

We would like to emphasise that these talks have concrete results: we are discussing things like the exchange of prisoners and the creation of zones of peace. Moreover, the Astana process is quite supportive for the Geneva talks. And we have never considered it as some kind of competition. It is complementary dialogue.

It is complementary as you say, but the guarantor states, Russia, Turkey and Iran are calling the shots, while the West is alienated…

Are there not many places where these people sit together?

Well, in Geneva they have also met… [However, since March 2017 Astana has been the main venue where the Syrian government and the Syrian opposition have met].

But here in Brussels, at the conference, there has been no real Syrian representation…

[Laughs] You should ask the organisers.

Did you think it was a little bit strange, that fact that Mogherini gave the floor to a young lady, a refugee from Aleppo, who lives in the Netherlands, as Syria representative?

Well, the US representative said they didn’t want to have negotiations with the Syrian government. Many countries have many different positions.

What was the main message in your speech?

Is there already an agenda for the April round of the Astana talks?

There are preliminary discussions. Now we will determine the dates, and then other preparations, such as the participants, the agenda, etc. Some other countries are interested in observing the Astana talks.

Aha, this is news… By the way, I heard praise for the Astana process from the minister representing Switzerland…

This is news, yes, but nothing exceptional, because as you know in Istanbul during 2018, the summit of Astana participants was held, along with the representatives of Germany and France.

I have attended a couple of sessions of the Astana process. In the first one the US and key EU countries were present at the Ambassador level. But in the following round I saw no Western representatives…

From the beginning, these countries were observing the Astana process, and it makes sense. The Astana process has proved its effectiveness, because it was able to adopt concrete measures between the Syrian government and the opposition.

What is the difference between this conference on Syria and the previous ones?

If last year we were discussing stopping the war, now we have a new agenda: returning of refugees, rehabilitation, reconstruction, and reconciliation. 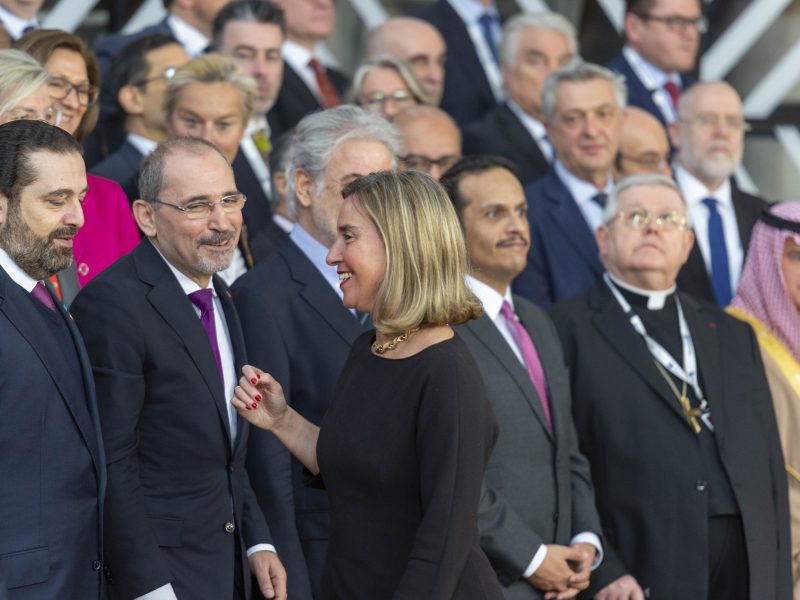 Return of refugees to Syria timidly comes on the agenda

Key speakers at a Brussels-held conference dedicated to Syria made first timid references on Thursday (14 March) to the need to prepare for the return of Syrian refugees to their homeland, as the eight-year-long war appeared to be coming to an end.