Kazakhstan minister: We steadily observe our obligations in the field of human rights 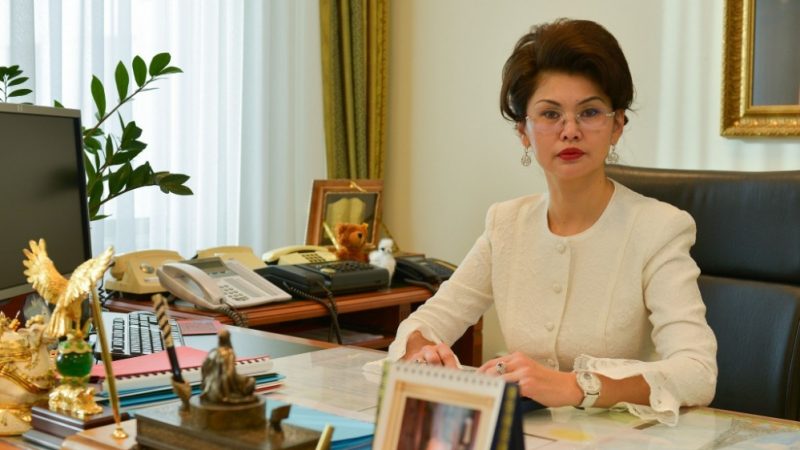 Kazakhstan is moving towards reforms progressively and steadily, with the state now supporting and financing NGOs and the political opposition enjoying full parliamentary rights, Aida Balaeva, the information and social development minister, told EURACTIV in an interview.

Aida Balaeva has been Kazakhstan’s minister of information and social development since May 2020. She has a degree in sociological sciences and has held various positions, including deputy akim (mayor) of the capital (then Astana). She answered written questions sent by EURACTIV’s Georgi Gotev.

We have already reported that President Kassym-Zhomart Tokayev initiated a whole package of reforms, including in the field of human rights and civil society. What steps is your ministry taking to support these initiatives?

As you may know, this year is a special one for our country. We are celebrating the 30th anniversary of Independence. For the Kazakh people, it is a period of great changes. I am talking primarily about civil society. This concept appeared here along with the gaining of Independence.

Of course, there were serious difficulties of a social and economic nature. But time has shown that we have managed to create an active independent community of non-governmental organizations. So, at the dawn of Independence, only a couple of dozen NGOs worked in Kazakhstan. Today, 17,000 NGOs are actively working in the country, more than 22,000 public organisations are registered in total. This means that nowadays, in any field, processes are taking place with the participation of civil society institutions. And state funding for NGO projects increased from 100 thousand to 45 million US dollars, and in total, about 37,000 people are employed in the civil sector.

In the process of active development of the civil society, laws and strategic documents were adopted and improved. All this ultimately allowed the non-governmental sector to become the most important cluster of the country’s socio-economic sphere.

Today we see that modern Kazakhstani civil society is ready to become an engine to implement the package of reforms in the country announced by President Tokayev since it has become a reliable partner of the state.

Is there any centralized body in Kazakhstan for mediation between the state and society?

We have created a powerful consultative and advisory body – the National Council of Public Trust, where the most pressing problems of the state and society are discussed by leading experts, well-known public figures with the direct participation of the President of the country.

It has been in operation for only two years but has already significantly increased the public’s confidence in the authorities. First, there is evidence from sociological studies. Secondly, the principle of openness of its work and the constant rotation of its composition gives the society a sense of belonging, delegation of powers, since the members of the Council become personalities from the people, the so-called “leaders of public opinion.”

Of course, it is difficult, and in some places impossible, to cover all the problems of society within the framework of one Council. The NCPC is the supreme body. Besides it, we still have many platforms for interaction between the state and society. The fact is that one of the key cases of the President’s reform package is the concept of the “Hearing State”. Now it is being introduced into the functional work of every state body. The main provision of the concept is an obligatory reaction to the opinion of society and the civil sector. For example, government agencies have designated authorized officials for interaction with NGOs. The Coordination Council and regional councils for interaction with NGOs at various government levels are successfully operating, where issues of interaction between government bodies and civil society institutions are discussed.

In other words, the development of an active civil society is a priority for state policy, especially considering that Kazakhstan is moving towards further democratization.

Is the state financially supporting the NGOs?

Non-governmental organizations receive financial support through state social orders, grants and awards for NGOs. Today it is recognized in many countries of the world and the most effective method of supporting the development of NGOs.

In Kazakhstan, over the past five years, allocated funds for state social orders have grown by 54.8%. Last year, more than 1600 projects were implemented across the country in various areas of society’s activities. Hundreds of organizations were given the opportunity for further development, and thousands of people were employed.

The operator of the grant funding is a specially created Center for Support of Civil Initiatives. The Center itself can receive support both from the state and from extra-budgetary sources, for example, from foreign donors. At the same time, the Operator Center is obliged to annually publicly report to the public on the work done. It is a practice in such countries as the USA, Russia, Croatia, Hungary, Romania, Estonia, etc.

Can you give an example of what you consider successful activities of NGOs and civil society?

During the COVID-19 pandemic, civil society, primarily activists and volunteers, played a big role in preventing the pharmaceutical business from entering into price collusion, not creating an artificial shortage of necessary medicines, so that quarantine measures were respected by food and entertainment entities. It became clear that there was a need for legislative regulation of public control.

In this regard, our ministry has developed a draft law, “On public control”, which was actively discussed on many platforms. Public control is a tool that will directly influence many processes in the country, including ensuring the transparency of the state and quasi-state sectors.

I should note that today almost all laws applied in the field of social relations are undergoing a process of improvement, updating the norms in accordance with modern realities.

Kazakhstan observes deliberately and steadily its obligations in the field of human rights. This is an indisputable fact. Indeed, today large-scale political transformations have been launched in terms of protecting human rights, building a democratic society and introducing the concept of a “hearing state”. Among the current achievements, I want to note the adoption of a new law on peaceful assemblies, the decriminalization of defamation, the humanization of certain articles of the criminal code, the introduction of a 30% electoral quota for women and youth, as well as the accession of Kazakhstan to the Second Optional Protocol on the abolition of the death penalty.

In accordance with the amendments to the Law “On Political Parties”, registration barriers for the creation of political parties have been lowered. Now in Kazakhstan, it is necessary to collect only 20 thousand signatures instead of 40 thousand.

An institution of parliamentary opposition has been introduced, for which legal guarantees are assigned to initiate parliamentary hearings on topical issues of the life of the state and society, to introduce alternative bills to those government bills on which the opposition does not agree, as well as the opportunity to speak at joint sessions of the chambers of Parliament, plenary meetings of the Mazhilis and other events within the walls of the Parliament by the leaders or representatives of opposition factions.

These novels represent an important political reform. They fully correspond to the main positions of the report of the European Commission for Democracy through Law, “On the Role of the Opposition in a Democratic Parliament”.

Regarding the checks reflected in the resolution in relation to a number of civil sector organizations, it should be noted that violations in 13 non-profit organizations were identified as part of the monitoring carried out by the state revenue authorities. The fact of violations is confirmed by the leaders of these organizations.

I want to emphasize that the actions of the tax authorities in terms of control over the financial activities of organizations are carried out solely with the aim of ensuring the transparency of the use of funds received from abroad.

You know that the requirement to provide non-profit organizations with a report on their activities, including information on funds received from foreign sources, is in line with modern international practice. Such norms are contained in the legislation of different countries of the world, such as the USA, Great Britain, Israel, etc.

In general, I want to say that Kazakhstan is moving towards reforms progressively. We are a relatively young state, but over the 30 years of independence, we have done a lot for our country to develop and Kazakhstanis to feel free and protected.