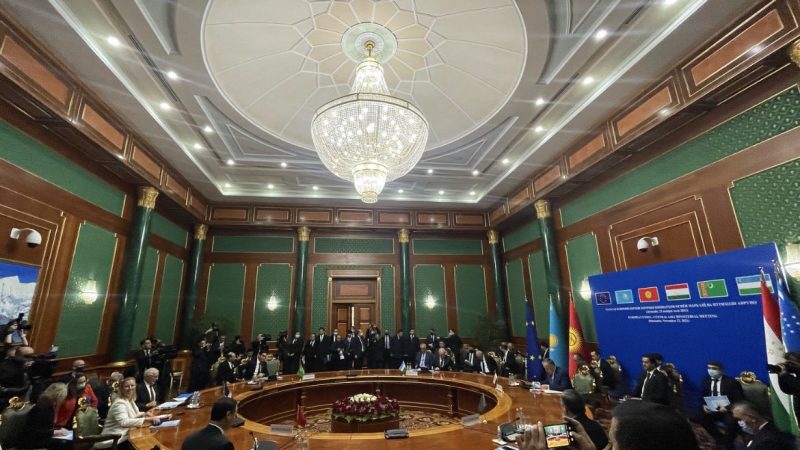 The meeting comes at a time when the crisis in Afghanistan is high on the agenda, with security and migration dominating the bloc’s concerns vis-a-vis the region.

Resilience, prosperity & supporting regional cooperation – these are the priorities set out in the EU-Central Asia Strategy, which remain today more relevant than ever to guide our regional engagement for post-pandemic recovery.

In the meeting, held behind closed doors, it was reportedly agreed that humanitarian aid and regional cooperation are urgently needed to prevent spillover effects from Taliban takeover.

According to a EU diplomat, Borrell called on Central Asian partners to alert their airlines and travel agencies to prevent the transport of migrants to Belarus.

“I updated ministers on the situation on the borders of the EU with Belarus and requested their support in preventing this instrumentalisation of human beings at the risk of their life: cheating people, convincing them that there is a way to Europe through a flight to Minsk,” Borrell told reporters after the talks.

Uzbekistan is one of the latest countries that has imposed restrictions on flights to Belarus for transit passengers from a half-dozen countries, including from Afghanistan, Iraq, Lebanon, Libya, Syria and Yemen, Borrell told reporters on Monday.

Borrell and Uzbekistan’s foreign minister Abdulaziz Kamilov had already discussed the plan during a dinner meeting in Brussels in mid-November, the same EU diplomat said. 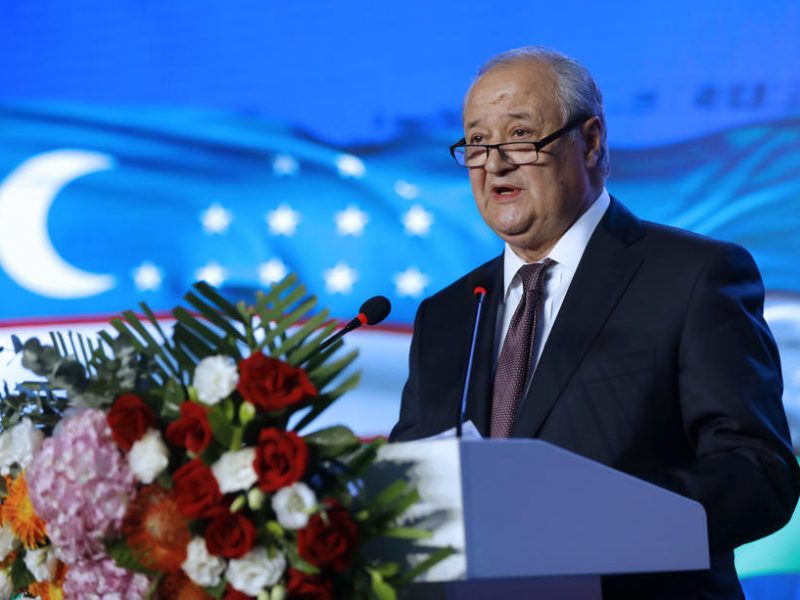 In a wide-ranging interview, Uzbekistan’s Foreign Minister Abdulaziz Kamilov discussed his country’s relations with the EU, the situation with “fraternal neighbour” Afghanistan, regional cooperation, and strategies for a ‘Third Renaissance’ of Uzbekistan.

Speaking at the same briefing, Urpilainen said she had presented to the former Soviet republics the bloc’s a €1 billion Afghan support package, almost half of which is in fact earmarked for neighbouring countries impacted by the crisis.

She did not say, however, whether Brussels expected them to host any refugees in return, something that most local governments have so far expressed little willingness to do.

In a joint communiqué issued after the meeting, both sides expressed “shared concern about the regional repercussions of developments in Afghanistan” and “stressed the importance of preventing the Afghan territory from being used as a base for hosting, financing or exporting terrorism to other countries.”

Participants pledged to intensify cooperation between the EU and Central Asia in areas such as the fight against terrorism, organised crime, human trafficking as well as migrant smuggling and said they looked forward to intensifying EU-Central Asia cooperation in managing borders.

In Dushanbe, Borrell said he hopes ties between the EU and the five countries of Central Asia – Kazakhstan, Kyrgyzstan, Turkmenistan, Tajikistan, and Uzbekistan – will intensify further in the future.

“Some might say that the EU is too far in Central Asia to be relevant for the region, (…) no, just the contrary,” Borrell said after the meeting.

“We are here to tell you that although we might be far, we have the means and the willingness to breach the distance in a world that is becoming increasingly interdependent,” he said.

“We are very glad to be here not only with a strong team but also with a strong message that the EU is a reliable partner on whom you can count in the long-term,” Borrell added.

Borrell also presented their Central Asian counterparts with a blueprint of the bloc’s upcoming EU Global Gateway initiative, a strategy for more than €40 billion in technology and infrastructure spending seen by many as an attempted response to China’s Belt and Road program.

We discussed with @JuttaUrpilainen and #Kazakh FM Tileuberdi the #EUGlobalGateway Communication we will present next week.

Speaking to reporters in Dushanbe, Borrell said with the new strategy, the EU would “bring together multiple instruments and resources” to “build linkages and roll out infrastructure projects” across the region in a sustainable way.

According to EU diplomats, the plan is aimed at boosting Europe’s interests and competitiveness globally, while also promoting sustainable environmental standards, democracy, human rights and rule of law.

It is also meant to allow for better coordination between member states, regional and international partners.

On Central Asia, the strategy is mapped out to focus on sustainable transport connections and improve sustainability in planning, diplomats told EURACTIV.

“The region is home to beautiful mountains and valleys, but it’s also very much exposed to climate change,” Borrell said, stressing that a joint working group on environment and water will work on those issues.

However, some EU diplomats contacted by EURACTIV, have expressed doubts whether the bloc will be able to compete with the financial firepower of Beijing and Moscow, with them, unlike the EU, not asking for anything in return.

“We have absolutely no chance,” one EU diplomat soberly remarked.

Earlier this week, Human Rights Watch (HRW) had called upon the EU to press Central Asian governments to end rights violations and engage in meaningful reform.

Participants also stressed “the importance of progressing on the rule of law, democracy, governance, gender equality and universal human rights”.

The next meeting is scheduled for 2022 in Brussels.