The Brussels session of the Berlin Eurasian Club, on 9 October 2019. [Georgi Gotev]

The joke, cracked by Peter Burian, the EU’s Special Representative for Central Asia at the European Commission, shows Europeans are well aware of their own limitations.

Burian was speaking on Wednesday (9 October) at a conference organised by the Berlin Eurasian Club, a platform that brings together business leaders and decision-makers involved in Central Asia business cooperation.

The EU official was responding to Michael Harms, CEO of the German Eastern Business Association, who lamented Europe’s lack of spending in Central Asia, especially compared to China’s massive push for infrastructure there.

Harms also challenged Burian to say whether the EU will allocate more money to Central Asian projects in its next seven-years budget, which is yet to be agreed.

“Money is not a problem, money is available, banks want to spend money, keeping money in the banks doesn’t make sense,” Burian responded. More than public money, the EU official highlighted the need to create an “enabling environment” in which private investors from Europe from would feel welcome and part of a larger well-connected Central Asian market.

From an investor point of view, the EU official said it would be much more interesting to access an integrated market of 80 million people rather than doing business in one of the five Central Asian countries individually – namely Kazakhstan, Uzbekistan, Kyrgyzstan, Tajikistan and Turkmenistan. Burian also supported the creation of a risk-insurance mechanism, together with international financing institutions (IFIs), which would encourage investors to put money in this part of the world.

But he also called on the individual countries in the region to be more proactive in promoting the areas available for investment.

“Money is not a problem and I mean it,” the official repeated, adding that the enabling environment was key.

“China is putting a lot of money, and I don’t want to argue whether this money will return to China, but some projects were not fully bankable, not viable economically, and are putting a significant burden on our partners in terms or repaying debt. We want to avoid this,” the EU representative said.

Indeed, a recent scandal in Tajikistan involving Chinese investment has already given the EU an opportunity to argue that such negative experiences should serve as a lesson. 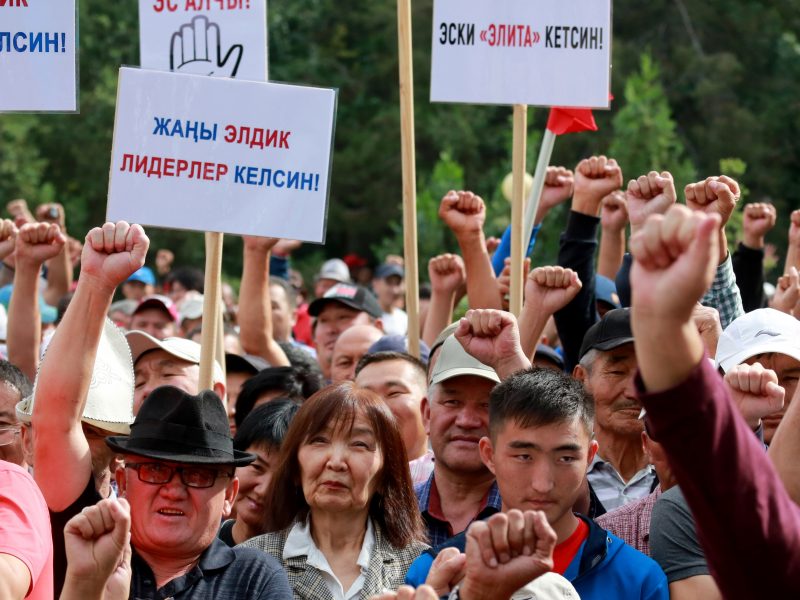 Kyrgyzstan was shaken by a major corruption scandal involving a Chinese company while the country’s capital Bishkek was hosting a ministerial meeting of the five Central Asian countries earlier this month. EU officials told EURACTIV this experience should serve as …

The European Investment Bank (EIB) has plenty of money, Burian argued. But lenders are also concerned about preserving their pristine rating, he reminded. And they won’t put their money in projects in which they don’t have full confidence.

The most challenging statement was made by Ulf Scheider, Director General of the Schneider Group GmbH, who said it was “almost impossible” for the EU to compete with China in Central Asia. Scheider has developed several business activities across the region and he says he is well-aware of the situation.

“It’s not comparable. We need to spend more as Europeans, but on the other side, it looks to me almost impossible to compete with the concept China has,” he said, referring to the Belt and Road initiative.

The EU concept should be more about mobilising money from the private sector, he continued, echoing Burian’s comments.

Scheider also argued in favour of harmonising EU standards with those of the Russian-led Eurasian Economic Union (EAEU), which comprises Kazakhstan and Kyrgyszstan. He even went as far as advocating a “common economic space from Lisbon to Vladivostok”.