This article is part of our special report Connecting Central Asia.

The process is held under the patronage of “the guarantor states” – Russia, Turkey and Iran. The three ministers met in this format for the first time in Moscow in December 2016. Russia and Turkey were the first to agree on the format and Iran joined later. Eight sessions of the talks have been held in Astana.

Speaking to journalists, mainly from Kazakhstan and Russia, Kazakhstan’s Foreign Minister Kairat Adrakhmanov reminded that for the past 14 months his country has been providing the venue for the Astana talks, as complementary to the Geneva process where a settlement should be reached under UN auspices.

Nevertheless, the Astana talks happened to be the only platform that worked last year and reached certain decisions: on the transfer of prisoners, the transfer of dead bodies and on the four de-escalation zones, one of which, Eastern Goutha, has gained sad notoriety lately.

This time, however, the “guarantor states” met without the Syrian government and Syrian opposition, and without the official observers, the USA and Jordan. Outside the “guarantors” and the host state, only a deputy of the UN Special Envoy for Syria, Staffan de Mistura, was present.

Unlike the previous session held in the same hotel in Astana, when its lobby was full of Western diplomats, this time there were none to be seen.

The three ministers, Sergei Lavrov, Javad Zarif and Mevlüt Çavuşoğlu came to Astana with the understanding that they would focus on the situation in two so-called “de-escalation zones” – Eastern Ghouta and Idlib, and on implementing the decisions from a recent meeting in Sochi on setting up a constitutional commission and continuing talks in Geneva.

The Kazakh Foreign Minister Abdrakhmanov warned that the brutal events in Eastern Goutha were undermining the de-escalation arrangements.

“Agreements reached in Astana must not remain solely on paper. They must produce tangible results if the credibility of the efforts of the international community is to be maintained”, he said.

The minister stressed that Kazakhstan calls on all actors, including the Syrian government, the Syrian armed opposition, the guarantor states and “the other countries that can exercise influence” to comply with the relevant UN resolution 2401 and stop the “unnecessary bloodshed”.

“Against the backdrop of the growing tensions over the situation on the ground, we believe there is an urgent need for international actors, first and foremost Russia and the US, to engage in a constructive dialogue on this issue.  The successful cooperation of these two influential forces in resolving the situation in Syria would serve the interest of all parties concerned, and the Syrian people as a whole”, he said.

He added that as a non-permanent member of the UN Security Council and a neutral mediator, Kazakhstan will continue its services for the cessation of bloodshed. He said his country believed that maintaining dialogue would contribute to the implementation of a full ceasefire agreement and a peaceful resolution of the long-running conflict.

Urging for inter-Syrian dialogue, Abdrakhmanov stressed that it is the Syrians themselves who should shape the future of their political system, including a change to the country’s constitution, administrative structure, and deciding on the procedure for presidential and parliamentary elections.

Abdrakhmanov praised a recent meeting in Sochi held in the last days of December,  within the Astana process. 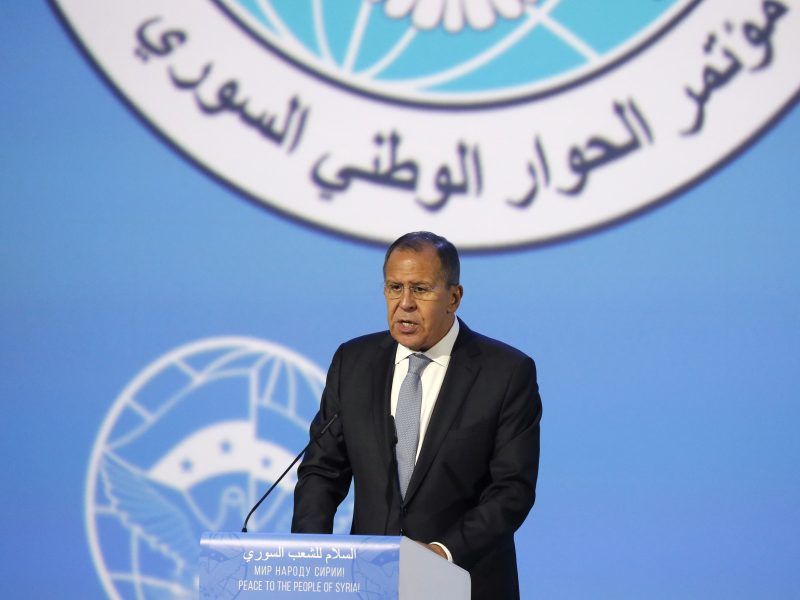 Kazakhstan was not involved in the Sochi meeting and reports from Sochi say that the effort was largely a failure because the Syrian opposition boycotted the venue.

However, Russian Foreign Minister Sergei Lavrov called the Sochi meeting “unprecedented”, adding that “all major ethnic and confessional groups of the Syrian society were represented”.

The Russian minister said Astana had confirmed its role as “one of the most important capitals of Eurasia”, in particular in the context of the Astana process. He said that for millions of people in Syria, Astana has become a synonym of hope.

Lavrov said progress in Sochi was based on the full respect of sovereignty and territorial integrity of Syria, which in his words “is not to the taste of all”.

“Those who in violation of international law, in blatant violation of UN resolution 2254, take the course of splitting Syria, of changing the regime change with the aim of having, along with this important Middle East country, the emergence of small principalities, under the control of foreign players, obviously, these people don’t welcome what we do in Astana and what we agree in Astana,” Lavrov said and added:

He voiced hope that the US-led coalition in Syria would realise that they should not support the extremists, “as is now the case in Eastern Goutha”, and that it would instead fight terrorist organisations, including Jabhat Al-Nusra – something it has failed to since the times of the Obama administration.

The three ministers adopted a ‘Joint statement’ in which the most important element is the decision to hold a trilateral summit in Istanbul on 4 April on the post-Sochi process.

Turkey’s Çavuşoğlu called the meeting useful and praised the Astana format in general. He said all sides had agreed the “Sochi process” to continue first in Istanbul, and then in Iran.

He also said there was a need to have different strategies for neutralising terrorists, especially in places with a dense civilian population.

“We are also against the going of all terrorists to Idlib [in northwestern Syria]. There, they constitute a threat to the people, opposition and to all of us,” he stressed. Turkey considers the Kurdish militants as terrorists. 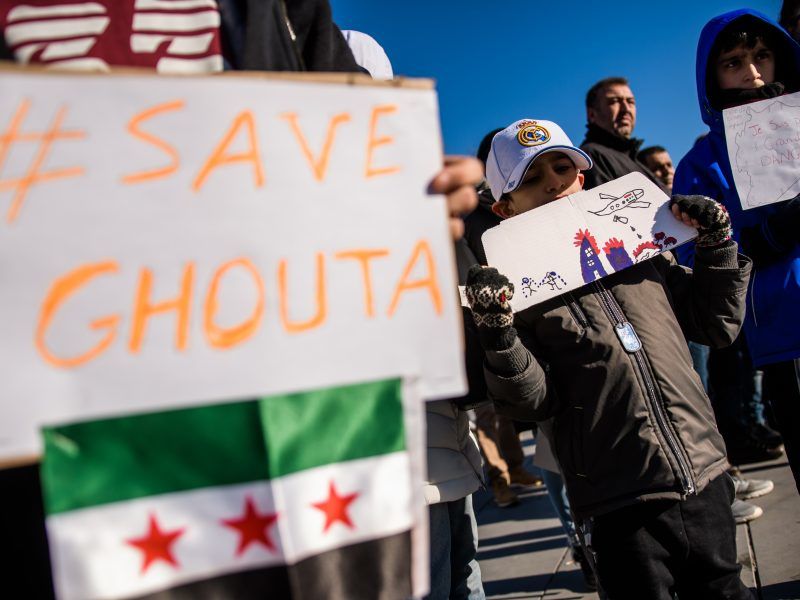 Turkey on Sunday (25 February) welcomed the unanimous demand by the UN Security Council for a 30-day ceasefire in Syria, but insisted that its own operation against a Kurdish militia in the Afrin region was not affected.

“Of course we will,” Lavrov said when asked whether Moscow will respond in kind to the expulsion of Russian diplomats announced by British Prime Minister Theresa May.