Yermek Kosherbayev [third from left] at the meeting organised by the Walloon Export and Foreign Investment Agency AWEX. [Georgi Gotev]

The deputy foreign minister of Kazakhstan, Yermek Kosherbayev, met with a dozen Belgian investors in Brussels on Wednesday (9 October) to hear about their experience with his country and help solve potential issues.

At the meeting, which was organised by the Walloon Export and Foreign Investment Agency AWEX and open to the press, the deputy minister outlined his country’s strategy to attract investors.

He said that during the years of Kazakhstan’s independence (since 1991), the total volume of Belgian investments in the Kazakhstan economy amounted to €7.1 billion. Kazakhstan’s foreign trade turnover with Belgium in 2018 increased by 58% compared to 2017 and amounted to €414million.

Belgian companies do business in Kazakhstan in agriculture, in the field of new technologies, healthcare and energy. Kazakhstan’s partners are the export and foreign investment agencies, AWEX of Wallonia and FIT from Flanders. Every two years, these agencies introduce Belgian enterprises to Kazakhstan and organise business missions to the central Asian country.

Kosherbayev said there were 74 companies with Belgian capital in Kazakhstan. He mentioned John Cockrill, which in his words offers interesting solutions in the energy sector in Kazakhstan, Carmeuse, which uses solutions to reduce air pollution, or Orfit, whose products used in Kazakhstan in the treatment of oncological diseases.

The diplomat outlined measures by his country’s government to attract foreign investors such as the “one-stop-shop” with the Kazakh Invest National Company, or the three-tier system for attracting and supporting foreign investment (an external, central and regional level).

In each branch ministry, akimat (mayor administrations) and national companies, responsible deputy directors are identified who are personally responsible for investment and export, he explained.

Kosherbayev said Kazakhstan has 12 special economic zones and 23 industrial zones with different sectoral orientations, which include ready-made infrastructure and a wide range of investment preferences.

If investors intend to work not only on the territory of such special zones, various measures of state support are provided for business, including remission of corporate income and land taxes (up to 10 years), and property tax (up to 8 years).

The diplomat also reminded that the Astana International Financial Centre is now operational. In his words, this centre builds on the best models of financial centres in New York, Singapore, London and Dubai, following the principles and norms of English law. 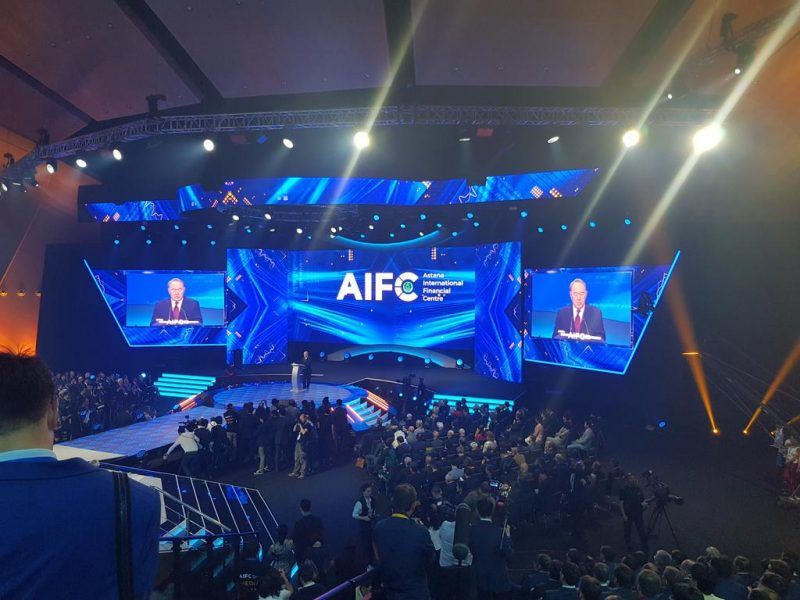 There is also an institution of investment ombudsman in Kazakhstan, Kosherbayev said, and it is now directly under the prime minister.

In the discussion that followed, Koshebayev himself took on the role of ‘investment ombudsman’, in an effort to connect his Belgian interlocutors with the right instances in Kazakhstan.

Various issues were raised by representatives of Belgian companies, from sectors as diverse as treatment of waste, cattle insemination or textile machinery.

Tim Van Der Bossche, CEO of Carmeuse, a Belgian mining company which produces lime and limestone, said the infrastructure support promised to them had not been delivered, and this, in spite of assurances he got personally from the First President of Kazakhstan, Nursultan Nazarbayev.

“We can move our priorities somewhere else”, he warned.

Kosherbayev promised to follow up and explained that local authorities, operating with limited budgets, often prioritise social projects at the expense of infrastructure support.

Johan Focquet, exports sales manager of Orfit, a company producing thermoplastic materials for medical devices, said his company has been active in Kazakhstan for several years without any major problems.

However, he said that since the establishment of the Eurasian Economic Union, of which Kazakhstan is part, certification has become a problem. In his words, despite the creation of a “single market” for medical products, certification was needed in each of the member countries (Russia, Belarus, Kazakhstan, Kyrgyzstan, Armenia).

Jeremy Uyttenhove, area sales manager of Hamon Thermal Europe, a company specialised in providing cleaner energy, was interested to learn if Kazakhstan had plans to develop a system of incentives to deal with air pollution. The country is highly dependent on coal, which is often of low quality, generating air pollution.