The Twelfth Ministerial Conference of WTO (MC12) will take place from 8 to 11 June in Nur-Sultan, Kazakhstan and will be chaired by Bakhyt Sultanov, Kazakhstan’s Minister of Trade and Integration.

Speaking to reporters after the Cooperation Council, the two ministers also broke the news that Kazakhstan’s President Kassym-Jomart Tokayev will make his first visit to Brussels in mid-February.

Tokayev was overwhelmingly elected as the country’s new leader last June, after his predecessor Nursultan Nazarbayev surprisingly resigned in March. In the meantime, the EU has also changed its leadership, with a new European Parliament, new Commission and new Council President.

The Central Asian country has a tradition of hosting major international conferences. The summit of the Organisation for Security and Cooperation in Europe (OSCE), the largest regional structure covering 56 countries of Europe, Central Asia and North America, held in 2010 in Astana (now Nur-Sultan) was the last of its kind.

To force reform at the WTO, US President Donald Trump’s team has blocked new appointments to its trade court, which is now rapidly running out of judges, meaning it will be unable to issue binding rulings in trade disputes.

Trump has even threatened to withdraw the United States from the Geneva-based WTO. The EU has published proposals for reform in different areas of the WTO that it has agreed with China, India and other countries, hoping to overcome US objections.

Kazakhstan became the 162nd member of the WTO in November 2015. 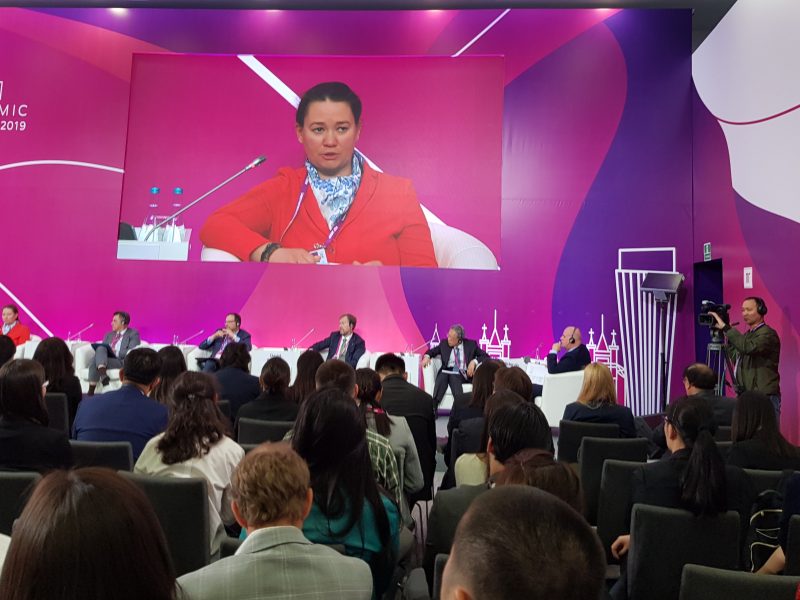 At the Astana Economic Forum, a representative of the EU hinted that the host country, Kazakhstan, could play a role in helping to bridge differences over the reform of the World Trade Organisation

Responding to a question from EURACTIV about the goals of the conference, Grlić Radman referred to the motto of the Croatian Presidency: “A strong Europe in a world of challenges”.

He argued that in order to show its strength, with instruments based on the rule of law, the EU had the duty to remedy to the situation in the WTO and make sure the organisation continues to play its role as a guarantor of the agreements on which world trade is based.

The Croatian minister said he was optimistic about the forum in Nur-Sultan but recognised it could hardly be expected to solve all the problems.

“Multilateralism instead of unilateralism is the only option in this challenging world, in this dangerous, actually, world”, he said, mentioning briefly the tensions surrounding Iran.

Tleuberdi said his country realised the “difficult situation in the global trade system”, especially in the work of the WTO. He mentioned the Western sanctions against Russia, the difficulties of the trade negotiations between the US and China, which in his words “brigs fresh challenges at the global scale”.

“There are no over-expectations, definitely, from this conference. But our aim is to put on the agenda that all member states should follow the fundamental rules which were designed in the framework of WTO”, he said.

He also said that Kazakhstan as a member of the Eurasian Economic Union (EAEU) was working for the adjustment of tariffs between the WTO and the EAEU.

According to Kazakhstan’s WTO tariff concessions, one-third of its import tariff lines for goods are bound at rates lower than those provided under the EAEU’s common customs tariff.

In response to this issue, as a transitional solution, Kazakhstan undertook not to allow the re-export of goods imported into Kazakhstan at lower tariffs to other EAEU member states.

Tleuberd said his country was following its commitments and was urging other members of this organisation to also stick to the rule of law and continue building a fair global trade system.