The Foreign Ministers of Kazakhstan, Tajikistan, Turkmenistan and Uzbekistan, as well as the first deputy foreign minister of Kyrgyzstan, participated in the conference, held online because of the restrictions caused by the COVID-19 pandemic.

In recent weeks the region was marked by unrest in Kyrgyzstan, following failed elections. Elections were also held in Tajikistan, where on 12 November, the strongman President Imomali Rakhmon was re-elected for a fifth term with 90.92% of the vote. 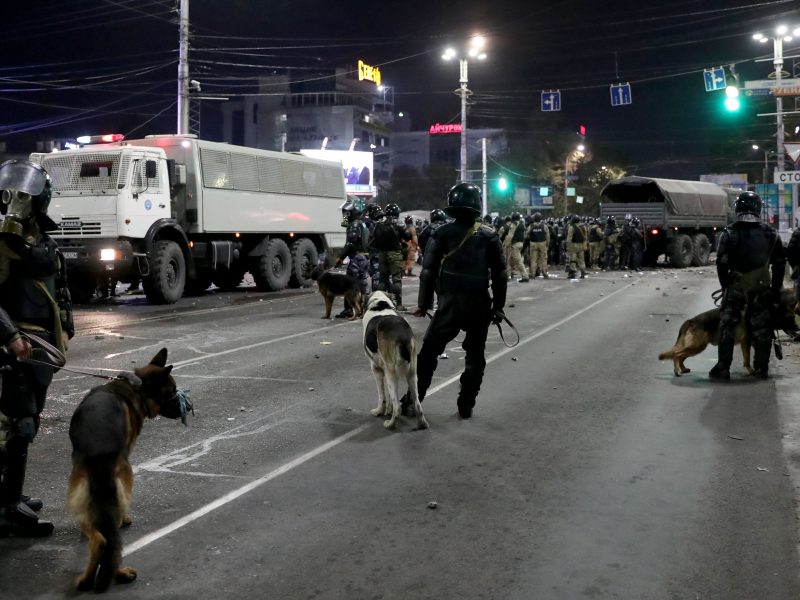 In the context of the COVID crisis, Kazakhstan has offered humanitarian aid to its Central Asian neighbours Kyrgyzstan and Tajikistan, answering a request from Bishkek and Dushanbe. 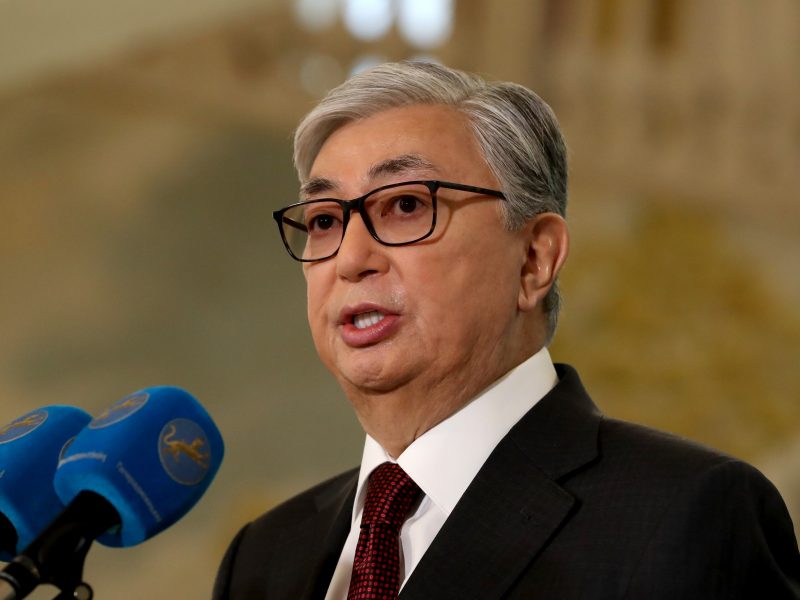 In the context of the Covid-19 crisis, Kazakhstan has offered humanitarian aid to its Central Asian neighbours Kyrgyzstan and Tajikistan, answering a request by Bishkek and Dushanbe.

According to a communiqué, the participants reaffirmed their joint commitment to forging a strong, ambitious and forward-looking partnership that builds upon the strong mutual interests between the EU and Central Asia.

The participants also discussed the repercussions of the pandemic for their respective regions and stressed their determination to work together to promote resilience, prosperity and a green, sustainable and inclusive post-COVID recovery.

The Central Asian Ministers expressed strong appreciation for the solidarity package worth €134 million delivered to the region to meet the immediate needs of healthcare systems and address longer-term socio-economic challenges.

The EU and Central Asian ministers also emphasised the relevance in the current context of the priorities set out in the EU Strategy on Central Asia, adopted in 2019 largely as a response to China’s ambitious Belt and Road initiative, which is seen with suspicion in Brussels, but less so in Central Asia. 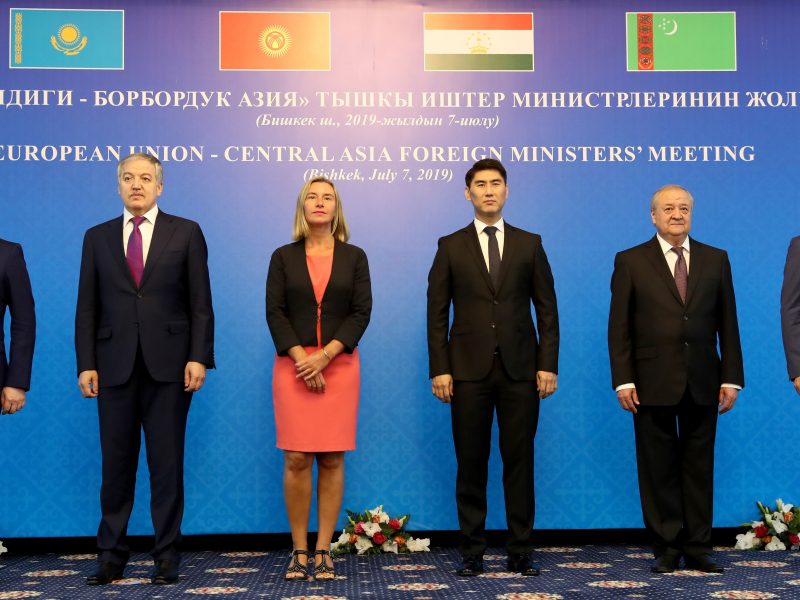 The participants welcomed Uzbekistan’s proposal to host in 2021 an “EU-Central Asia Ministerial Conference on Connectivity and Sustainable Development”.

An exotic element of the communiqué is the support expressed to an initiative by Turkmenistan, whose authoritarian leadership rejects the participation in all multilateral formats, except the United Nations, to host an international conference in Ashgabat on 12 December.

The Policy of Neutrality and its Importance in ensuring International Peace, Security, and Sustainable Development conference will be “devoted to the 25th anniversary of international recognition of the Status of Permanent Neutrality of Turkmenistan”, the joint communiqué says.

The EU encouraged continued progress in the implementation of the Paris commitments on climate and in the region’s transition towards a green economy, including sustainable energy, aiming for carbon neutrality.

The EU called on the Central Asian countries to submit new enhanced Nationally-Determined Contributions (NDCs) by the end of 2020, and welcomed the active participation of the countries in the ongoing negotiations for the modernisation of the Energy Charter Treaty.

The Energy Charter Treaty (ECT) is an international investment agreement that establishes a multilateral framework for cross-border cooperation in the energy industry. Initially, the Energy Charter process aimed to integrate the energy sectors of the Soviet Union and Eastern Europe at the end of the Cold War into the broader European and world markets.

The EU reaffirmed its wish to strengthen its role as a partner for the Central Asian countries in their reform processes, support their integration in the world trading system and their efforts to work closely together.

In this field, Kazakhstan has had ambitions to help unlock the current World Trade Organisation crisis by organising a ministerial summit, but it was shelved because of the pandemic. 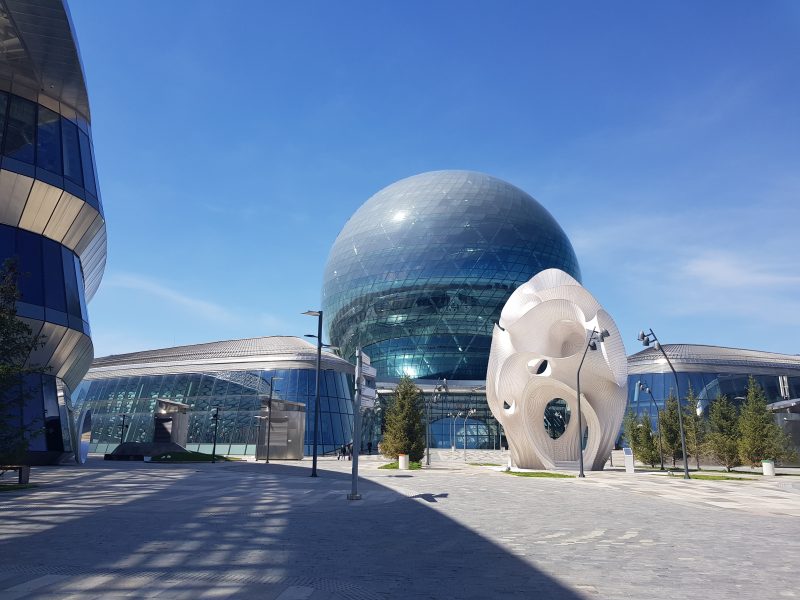 Kazakhstan is suspending all public events and taking special preventive measures due to the global spread of the coronavirus, President Kassym-Jomart Tokayev wrote on Twitter on Thursday (12 March).

The EU and the Central Asia representatives confirmed their determination to organise the first-ever “EU-Central Asia Economic Forum” in Bishkek, the capital of Kygyzstan, in 2021, and welcomed Uzbekistan’s proposal to host an “EU-Central Asia Tourism Forum”.

Uzbekistan, which has opened to the world since Shavkat Mirziyoyev took over as president after the death of autocratic leader Islam Karimov, has made the development of tourism one of its first priorities, as it is home to amazing tourist destinations such as Samarkand, Bukhara or Khiva. 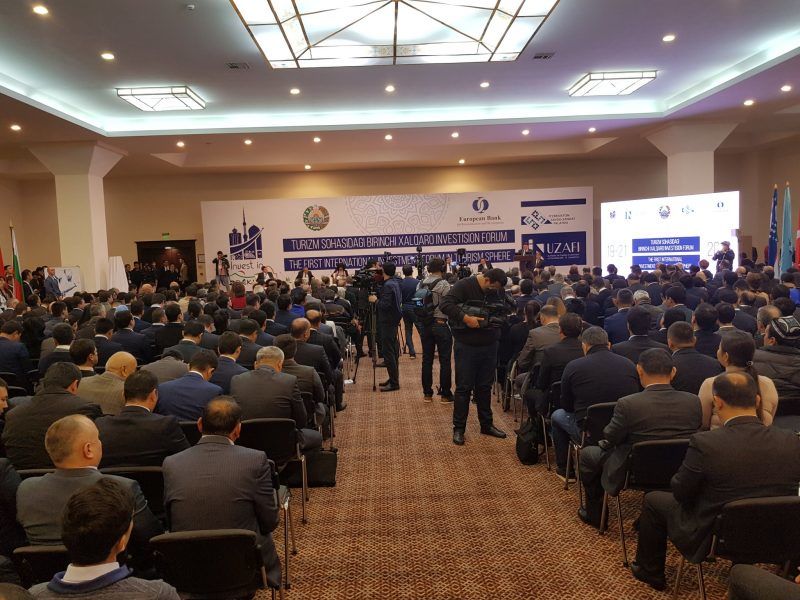 The Participants also agreed to meet in Dushanbe, the capital of Tajikistan, in 2021.

Rights group insist that the EU should not put human right issues on the back burner in its relations with Central Asia. Human Rights Watch said before the conference the EU should set consequences if Central Asian governments fail to meet more ambitious human rights goals.