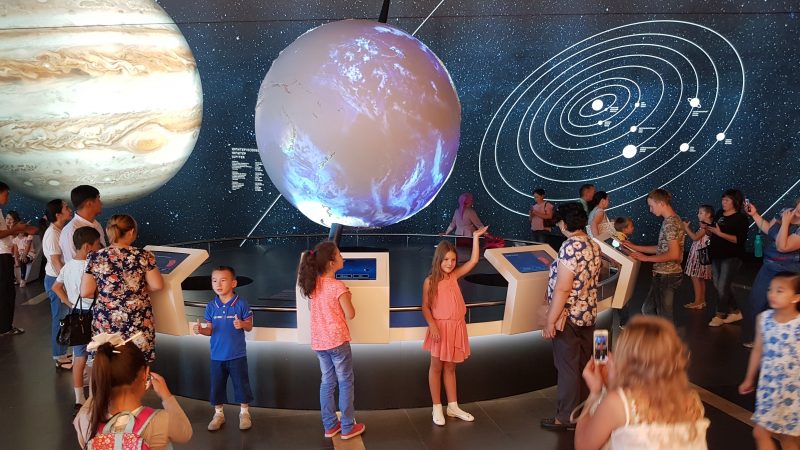 The 2017 Expo in Astana was devoted to the future of energy. Its legacy is the Green plan aiming to transform Kazakhstan into a climate-neutral country by 2060. [Georgi Gotev]

Ahead of the EU-Kazakhstan Cooperation Council on 10 May, EURACTIV spoke to an EU official to gather information about the EU’s expectations for the cooperation with Kazakhstan and with Central Asia in the years to come.

The Deputy Prime Minister and Minister of Foreign Affairs Mukhtar Tileuberdi is expected to come to Brussels on Monday to physically co-chair the Cooperation Council meeting with EU foreign affairs chief Josep Borrell.

The visit appears to mark the end of a slow period due to the COVID-19 pandemic, although virtual meetings had been held in various formats, including the EU-Kazakhstan business platform.

At the core of the meeting is the implementation of EPCA, the Enhanced Partnership and Cooperation Agreement between Kazakhstan and the EU, labelled as “unique” and as a model for other countries. The European Commission says the EU’s relationship with Central Asia in general and Kazakhstan in particular “has never been any stronger or any better”.

However, the issue of human rights has been an irritant lately. In February the European Parliament passed a resolution highly critical of the human rights situation in Kazakhstan and of the way the recent parliamentary elections were held there. There were also hints of heavy lobbyism among MEPs by an organisation with a political agenda.

Asked if EU diplomats were happy with such harsh resolutions, the EU representative, who asked not to be named, appeared to take his distance, saying that the European Parliament was “completely independent and not controllable”.

“Their motivations are sometimes political, their sources of information are diverse, the resolution is also the result of discussions between different groups, between people with different agendas and the result is a bit unpredictable”, the EU representative said.

He said the EU was aware that the resolution was not received well in Nur-Sultan. In his words, the meeting of the Cooperation Council would provide the opportunity to the Kazakh government to explain what they are doing in this respect.

Another big aspect of the bilateral agenda, in the EU representative’s words, is the Green agenda that the government of Kazakhstan is developing to facilitate a gradual transitition of the fossil-rich country to green energy.

“It could be a quite promising cooperation,” the EU official said.

He added there will be “a quite big EU-Kazakhstan climate conference” in Nur-Sultan on 3 June, which would prepare COP26 in the context of President Kassym-Jomart Tokayev’s pledge that Kazakhstan would become climate neutral by 2060.

In December 2020, Tokayev said that as a landlocked and developing country, Kazakhstan was highly vulnerable to climate change. He acknowledged that the country was still heavily relying on fossil fuels but was strongly determined to phase them out, decarbonise the economy and reach carbon neutrality by 2060.

Regarding trade, the EU official called the meetings of the EU-Kazakhstan business platform a “very helpful process”. The latest was chaired by Prime Minister Askar Mamin and the one will take place in Brussels on Monday.

The official added that “we understand that President Tokayev would like to visit Brussels when the conditions allow. We look forward to this visit, although the date is not set yet”.

The EU official said that another priority for the EU was the issue of connectivity.

In contrast with China’s ‘Belt and Road’ initiative, the EU promotes the idea of building corridors as a way to increase ‘connectivity’ with Asia on the basis of a rules-based approach. In the EU’s view, connectivity is not only about infrastructure but about internal reform, economic modernisation, promoting sustainable productivity, digital and human contacts. 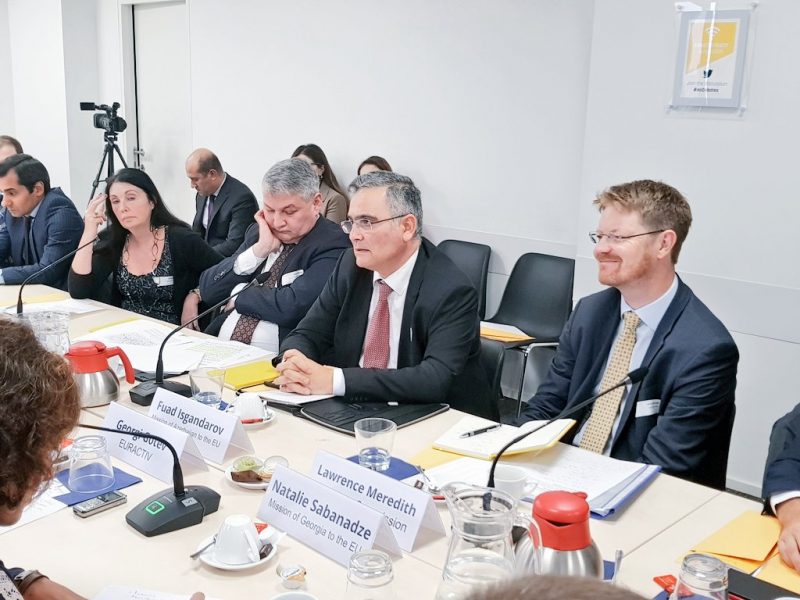 The EU representative said Uzbekistan will be hosting in Tashkent in July a big regional conference on connectivity, for Central Asia and South Asia, which includes Afghanistan.

“We would like to boost our cooperation on connectivity with this part of the world,” the EU representative said, adding that the Commission is discussing, in the context of the 2021-27 EU budget period, the possibility to launch some projects on digitalisation.

“We would like to discuss this with Kazakhstan, because the COVID pandemic has exposed the digital divide at the global level, but also within Central Asia, and the EU would like to share its expertise,” he said.

Visa facilitation is certainly an important issue for Kazakhstan, but the EU representative made it clear that nothing new was happening in this field.

Asked about regional issues, and some negative developments, such as the recent clash at the border between Tajikistan and Kyrgyzstan, the diplomat said the EU was looking forward to the development of cooperation in Central Asia, being ready to share its own expertise in regional cooperation, by “helping Central Asia to invent its own way of cooperating at the regional level”.

The recent clash, he said, “is damaging the common efforts to project a positive image of Central Asia”.

The EU side is also interested to hear from the Kazakh side about the plans for a new regional summit. Kazakhstan hosted the first summit of this kind in 2018, and the EU official said that this was indeed “a historical event with a powerful message”.

“We really hope that Kazakhstan and Uzbekistan will push for a Central Asia summit to take place this year, with the purpose of sending a message that despite the marginal tensions between Tajikistan and Kyrgyzstan, the region is on a constructive, cooperative path,” the EU official said.

The EU is also said to be keen to promote cooperation in water management. Projects already exist, but the EU ambition is to streamline this process during the 2021-2027 budgeting period.