Photo from one of the many events during the Meeting of the speakers of Eurasian countries' parliaments in Nur-Sultan. [http://mseap4.kz/en]

“Eurasia has always been the focal point for shaping the international environment. Cooperation among countries of the European Union, the Eurasian Economic Union and the Shanghai Cooperation Organisation can work, it is in the interest of all of us,” former President of Kazakhstan Nursultan Nazarbayev said at the opening of the Fourth Meeting of Speakers of Eurasian Countries´ Parliaments.

It is not a new thing. Nazarbayev has been advocating the idea of closer cooperation between Europe and Asia for a long time. And the rest of the conference, whose topic was Greater Eurasia: Dialogue. Trust. Partnership, was held in a similar vein. 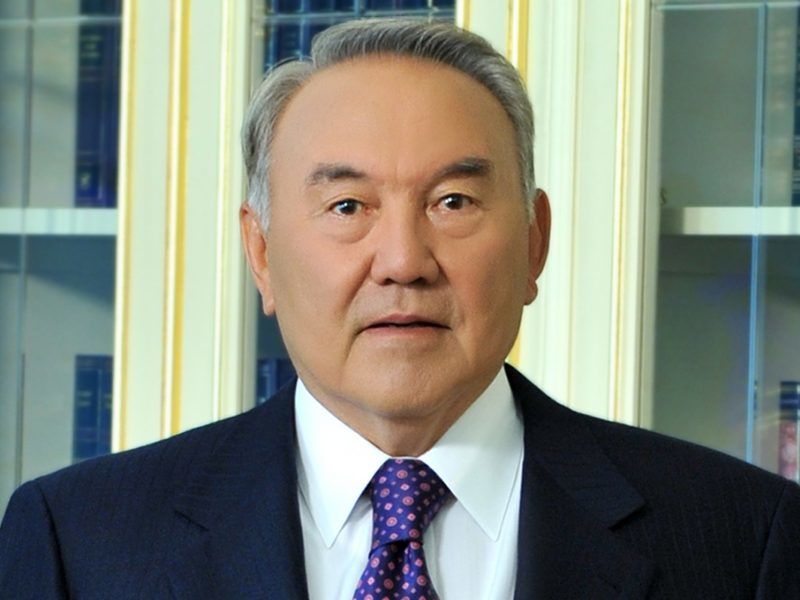 Exclusive: Two days ahead of the Asia-Europe meeting (ASEM) which will bring together heads of state and government of 51 European and Asian countries, the President of Kazakhstan Nursultan Nazarbayev offered his comments on a wide range of issues.

“The first [Eurasian conference] summit in Moscow was attended by 19 countries, today we have delegations from 65 countries,” the Chairman of the Slovak Parliament, Andrej Danko, reminded. He also called Nazarbayev a “visionary”.

“I regret that there are no more EU representatives here,” he added.

In his view, development in this geopolitical space is crucial for the whole world and the EU should not keep its distance. This is why Slovakia, as Danko said, supports China’s New Silk Road Initiative.

A record number of delegations attended this year´s meeting. In addition to parliamentary representatives, there were several interparliamentary organisations including a representative of the European Parliament, MEP Fulvio Martusciello (Forza Italia, EPP).

However, the EU´s representation was quite weak. In addition to the Slovak Chairman, the Presidents of legislatures of Austria, Belarus, Hungary, and Cyprus were also present. Other EU countries sent lower-ranking representatives, national MPs or no one.

There was also a discrepancy in the messages. Germany was represented by a vice-president of the Bundestag, Hans-Peter Friedrich. He mentioned the economic interdependence of the EU and Asia while stressing that European values must remain the priority of all negotiations.

But there were also politicians who were closer to the rhetoric of Nazarbajev and Danko, like the Hungarian Parliament Speaker László Kövér.

“Our foreign policy is open to the East. We are building a multipolar world and cooperation between the East and the West is important. We encourage the development of the Eurasian Economic Union and New Silk Road Initiative,” Kövér said.

Central Europe, in general, is trying to work out the well-known “Chinese dilemma”: is opening up to the Chinese presence in the region a unique economic opportunity or a threat?

From China to Europe and back

Kövér called the Central Asia region a “bridge between Asia and Europe”. Indeed, Kazakhstan is a very important part of the New Silk Road. And it wants its profit.

“We want to be among the thirty most developed countries in the world by 2050. It is ambitious, but we can make it step by step,” Nazarbayev said.

The Kazakh Deputy Minister of Foreign Affairs Roman Vassilenko told EURACTIV that the Kazakh government is trying to create a network of railways through which up to two million containers a year could be transported between China and Europe.

“We need to build good infrastructure. The goods should also cross only two custom borders – between China and Kazakhstan and between Belarus and Poland – on their way from China to Europe,” he added.

The Chairman of Russian Duma Vyacheslav Volodin mentioned other areas that could be covered by Eurasian cooperation. In his words, this could be the fight against terrorism and drug crime or migration solutions.

The EU is not very hot on developing inter-institutional ties between the EU and the Eurasian Economic Union (EAEU). The EAEU, sometimes called Eurasian Union, was created in 2014 between Russia, Belarus and Kazakhstan, while Armenia and Kyrgyzstan joined the following year.

“The development of relations between the EU and the EAEU remains a long-term perspective and depends on the political decision of EU member states”, a Commission spokesperson recently said.

Most of the speeches at the conference were rather general, given the ideological, political and economic differences among the participants and the conference produced few concrete results.

Its final declaration emphasised efforts to ensure security, peace and sustainable development in the Eurasian region and the states also committed to continuing dialogue at the interparliamentary level.

The fifth Meeting will take place in Indonesia in the second half of 2020, continuing the tradition of having venues outside the EU. The previous meetings were held in Russia, South Korea, Turkey, and Kazakhstan.

Hans-Peter Friedrich (Vice President of the Bundestag): “The EU is a very successful concept, mainly because of supremacy of law and principle of trust. Security and economic interdependence must go hand in hand with peace and mutual negotiations. However, European values must remain the priority of all negotiations.”

Hee-Sang Moon (Chairman of the National Assembly of the Republic of Korea): “We are in the heart of the Eurasia continent that connects Europa and Asia. We are the most dynamic part of the world, creating a new model of cooperation and interaction. There is a huge potential, but it all has to be based on mutual trust.”

Li Zhanshu (Chairman of the Standing Committee of the National People´s Congress, China): “What we should choose? Cooperation or confrontation? We should build a new model of international relations based on global government system that will be fairer and sustainable. The New Silk Road Initiative and common development and cooperation has succeeded. Large number of projects has been already launched. Eurasia is the biggest continent in the world.”

Vyacheslav Volodin (Chairman of the State Duma of the Federal Assembly, Russia Federation): “The Eurasian Economic Union has come true. However, the world has never faced such challenges as today. We should stop trade wars and ease sanctions that harm all. We can see double standards which is so typical for current international environment. We should also cooperate on fighting drug trafficking, migration and counterterrorism. The single list of terrorist organizations should be created.”

Andrej Danko (Chairman of the National Council, Slovakia): “We promote regular dialog and partnership for people. It fits well in this conference that is called Greater Eurasia: Dialogue. Trust. Partnership. These changes could not be possible without visionaries as President Nazarbajev. Slovakia is one of the most open economy, we are also part of the Schengen system. I regret that there are no more EU representatives here. The EU must not be isolated, that is why we support the Belt and Road Initiative. There are also several very important topics we should be focused on, mainly digital agenda. We must think about adopting universal rules on cybercrime and digital taxes. As far as the UN is concerned, it must become a pillar of security again. We should also create a single list of terrorist organizations.”

László Kövér (Chairman of the National Assembly, Hungary): “"Our foreign policy is open to the East. We are building a multipolar world and cooperation between the East and the West is important. We encourage development of the Eurasian Economic Union and New Silk Road Initiative. 80% of our trade is with the EU, 15 % goes to the East nowadays. There is also a huge mobility of students between Hungary and Asian states. The Belt and Road Initiative is crucial for our cooperation. The Central Asia region is a bridge between Asia and Europe.