A view of Astana. [Georgi Gotev]

Kazakhstan is searching for a post-Soviet identity somewhere between its traditional Kazakh and Turkish cultures, Europe and multiculturalism, diplomats have told EURACTIV. But Europe has been slow to forge closer ties with the young country, despite its strategic location and potential.

Why is Azerbaijan considered European and Kazakhstan not? Where are the real boundaries of Europe? Is Kazakhstan within its borders?

These are some of the questions foreign diplomats in Astana ask themselves.

The famous phrase “Europe from Lisbon to Vladivostok” was not coined by Vladimir Putin, who used the expression several times, but Charles de Gaulle, the founder of the Fifth Republic in France. Mikhail Gorbachev also made frequent references to it. But not everyone understood the concept – at least not in the same way.

Imperial Russia, followed by the Soviet Union, have “Europeanised” to a great extent the huge territories stretching from the Urals to the Kamchatka peninsula, facing Canada. In that sense, “Europe” is a cultural feature that extends beyond geography.

Take Kazakhstan in Central Asia. Diplomats nowadays say that the former capital Alma Ata, 200km west of the Chinese border, offers a striking example of what it means to be part of “Europe from Lisbon to Vladivostok”.

“Alma Ata is strikingly European, and the contrast is even bigger at the border with China,” said one European diplomat in Astana, who spoke to EURACTIV on condition of anonymity.

Europe has been extremely inconsistent in defining the principles behind its own borders. For example, the island of Cyprus is part of the continental shelf of Asia. That is why in the United Nations, Cyprus is part of the Asian group. But Turkey is considered European, although only 10% of its territory is on the European continent.

Undoubtedly, more than 10% of the territory of Kazakhstan could be considered European. Strangely, Kazakhstan is not a member of the Council of Europe although it fulfils the two criteria of this European organisation – being “wholly or partly located in Europe” and being a country “whose culture is closely linked with the European culture”.

This geographical misunderstanding was at the foundation of an EU plan to forge closer relations with its eastern neighbourhood, called the Eastern Partnership. When the initiative was launched in 2009, Europeans decided that a number of countries would qualify because of their geography – Belarus, Ukraine, Moldova, Georgia, Armenia and Azerbaijan.

But, for different reasons, three of these countries lost interest in the Eastern Partnership, and one of them – Ukraine – subsequently lost part of its territory because Russia saw the plan as hostile.

Today, diplomats argue there was little ground to substantiate that Azerbaijan would qualify better than Kazakhstan for a special relationship with Europe. Moreover, Astana was able to conclude a unique “Enhanced Partnership and Cooperation Agreement” two years ago and has basically proved that it is possible to develop good relations both with the EU and Russia. 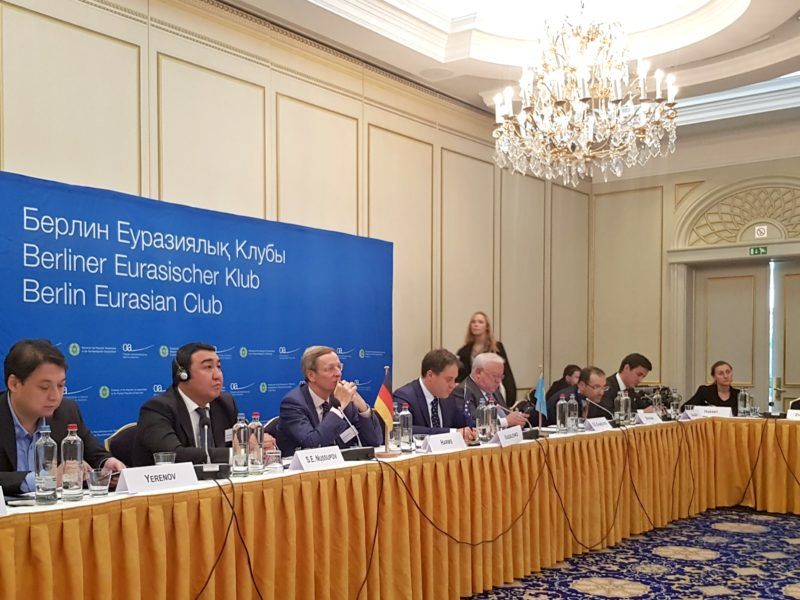 The question “is Kazakhstan a European state?” was recently raised by the publication of a programme by the Central Asia-Caucasus Institute & Silk Road Studies, authored by Svante E. Cornell and Johan Engvall.

Cornell is a familiar face in Brussels where he has participated in public events organised by the European Policy Centre (EPC), a think tank.

In a 70-page paper, the authors take the view that when the EU was defining its neighbourhood policy, Kazakhstan’s centralised government structure and top-down approach to reforms limited its European ambitions.

But they argue that those times are now gone and that from 2015 onward Kazakhstan embarked on a modernisation program focused on the transparency and efficiency of government.

It is not only geography that makes Kazakhstan a European state, argue Cornell and Engvall. They point out that Kazakhstan does not view itself as an area distinct from Europe and Asia, but as embodying the meeting space between the two continents, drawing on both.

“A closer look at Kazakhstan’s development since independence highlights the important European aspects of its statehood. Kazakhstan is a secular state with a civic conception of the nation based on an inclusive, citizenship-based understanding of membership in the national community. That in itself makes it highly compatible with European norms and principles,” the two authors write. 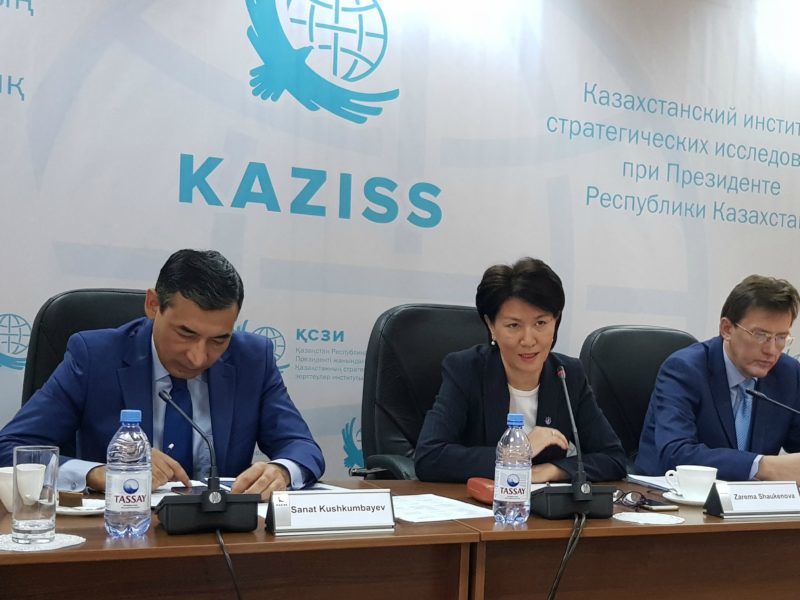 Peter Burian, EU Special Representative for Central Asia, was quoted by The Astana Times on 30 October saying that the Union welcomes the new atmosphere in Central Asia as conducive to regional cooperation.

Indeed, following the death of Uzbekistan’s leader Islam Karimov in 2016, his successor Shavkat Mirziyoyev is pursuing a less autocratic path, seeking to reform and liberalise the country. Difficult regional relations are improving as a result.

“Kazakhstan and Uzbekistan managed to increase bilateral trade by almost 30% within a couple of months. We welcome these developments and we know how important regional and neighbourly cooperation are for stability,” the EU representative said.

He added that he saw good prospects for a strong relationship.

“I’m pleased that we have created a very solid foundation based on common interest and shared values. I hope this foundation is further strengthened. I see the potential of the region in its strategic location being a link between Europe and Asia. I see already a growing potential for Kazakh investors to be active in the European market. Kazakhstan is moving very comprehensively in all key areas of the reform process, provided all these reforms are fully implemented,” Burian said.

He made it clear that this time, the EU was careful not to antagonise Russia.

“The EU doesn’t have to have and doesn’t want to have any exclusive kind of space, but rather share the cooperation with others, avoiding geopolitical games in the region. And I hope that the regional and interregional cooperation helps the region assume the rightful position it deserves,” Burian concluded.