Kazakh FM: We had no choice but to call the Russian troops 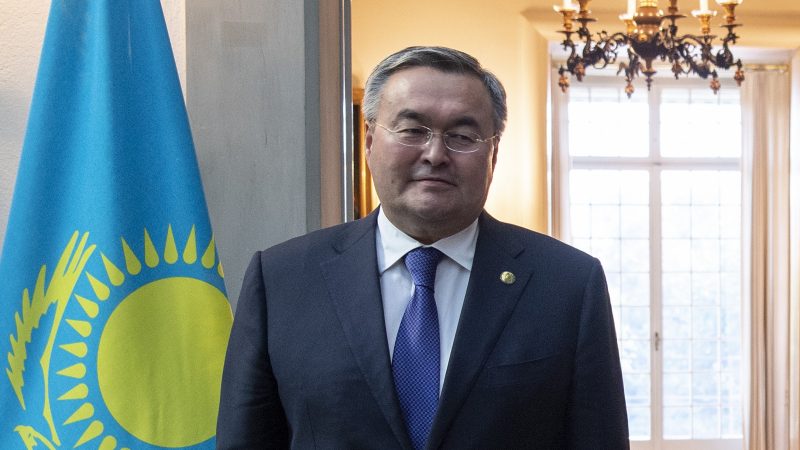 Kazakhstan’s Foreign Minister Mukhtar Tileuberdi said on Tuesday (18 January) the situation in his country was normalising, following the unrest that shook it in the first days of the new year, and Russian troops, which he said helped prevent a possible coup d’etat, were withdrawing.

Tileuberdi, who briefed a small group of journalists in Brussels, will also be visiting Vienna and Geneva in a mini-tour meant to reassure foreign partners and organisations that the situation is returning to normal.

Tieuberdi was reappointed in the new government after President Kassym-Jomart Tokayev sacked the former cabinet and appointed a new executive.

Kazakhstan will seek to convey the message that the Collective Security Treaty Organization (CSTO), a Russia-led defence organisation of which it is part, has fulfilled its task and its 2,000-strong contingent was leaving the country, with no strings attached.

“We promised nothing, we are not going to lose our sovereignty,” the minister stressed.

Tokayev asked CSTO to send “peace-keepers” on 5 January to help quell the unrest, and Russia and Belarus dispatched troops the following day. Reportedly, the CSTO troops started leaving the country on 13 January. The complete withdrawal is expected in a few days’ time. 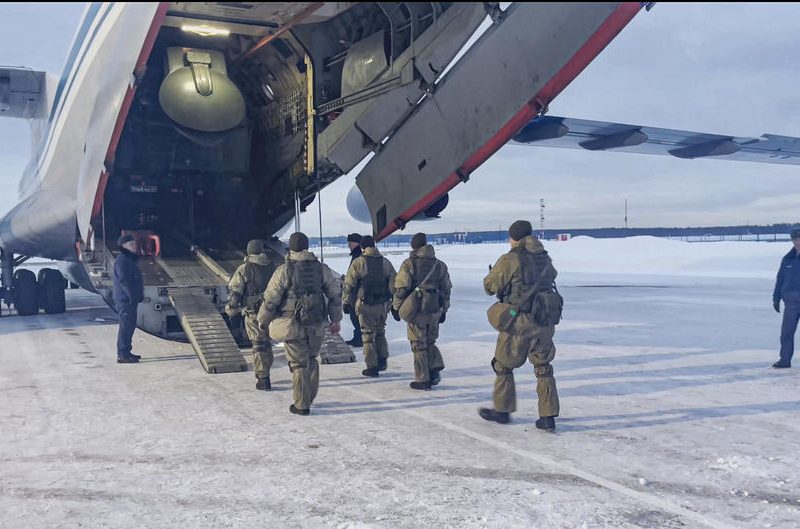 Tileuberdi repeated the narrative according to which the peaceful protests had been “hijacked by terrorists” with experience from radical Islamists groups. He admitted the existence of “sleeping cells” of terrorists and that the country’s law enforcement authorities weren’t prepared to face such a challenge.

However, few details about the alleged terrorists are available as yet. “Large scale investigations” are reportedly ongoing.

In particular, Tileuberdi said that an attack on the capital Nursultan would have been “sufficient for a coup d’état”. He also clearly indicated that such an attack was avoided precisely thanks to the CSTO troops which guarded the most important institutions such as the national bank.

Asked to say more clearly if the national law-enforcement authorities had lost control, he said:

“Yes, it is very unpleasant to recognize that our law-enforcement agencies were not able to respond to this massive and well-coordinated terrorist attack. That’s why we had to refer for assistance to CSTO.”

Asked if Kazakhstan could have asked for military assistance from China, the minister said there was no legal basis for that but made it clear that Beijing had been ready and willing.

“From the first day the Chinese government was in contact, on the presidential level, and I had contacts with [foreign minister] Wang Yi […]. They were ready to provide necessary assistance. Many of our partners expressed readiness to provide any kind of assistance, including military. But we don’t have a legal basis to accept foreign troops from other countries or organisations, except CSTO”, he said.

The minister said 225 individuals had been killed, including “terrorist fighters”, while around 7,000 people had been arrested, of whom around 5,000 had been processed and released and some 2,000 cases were pending.

Asked by EURACTIV about the country’s leaders who have been removed from office or even detained after the unrest, he said the case of the former Chairman of the National Security Committee, Karim Massimov, would be brought before the court.

Asked if the subsequent purges, which include Samat Abishev, a nephew of former president Nursultan Nazarbayev, were part of an effort to dismantle high-level family corruption, the minister alluded to President Tokayev’s decision to establish a new public fund to be financed from seized property stemming from corruption.

Asked about Nazarbayev’s whereabouts, Tileuberdi first said he did not know and then referred to a video message posted two days ago in which the former president says he is well and is in the country’s capital, Nursultan.

Asked if Nazarbayev or members of his family had been involved in the unrest, Tileuberdi said he did not think so but the investigation would ultimately show.

According to KPMG, 156 people in Kazakhstan own 55% of the country’s wealth.

The diplomats accompanying Tileuberdi showed a video collage from the unrest, with a focus on violence against the police. Asked about the violence against the protesters, for which there is ample evidence on social media, the minister referred to a special website where anyone could send anonymous information about such brutality.

An independent source in Kazakhstan has told EURACTIV there was information on the internet that policemen were checking people’s phones for videos or photos of the protests, and if such were found, there were subsequent detentions. The source said people were not protesting anymore.

“There is a sense of confusion and fatigue, as well as hope for the “new” government to actually follow through with the package of reforms they have agreed on”, the source said.

After the publication of this article, the Embassy of Kazakhstan in Brussels explained that the new public fund mentioned by Tileuberdi will come from private and public sources, not from seized property stemming from corruption.