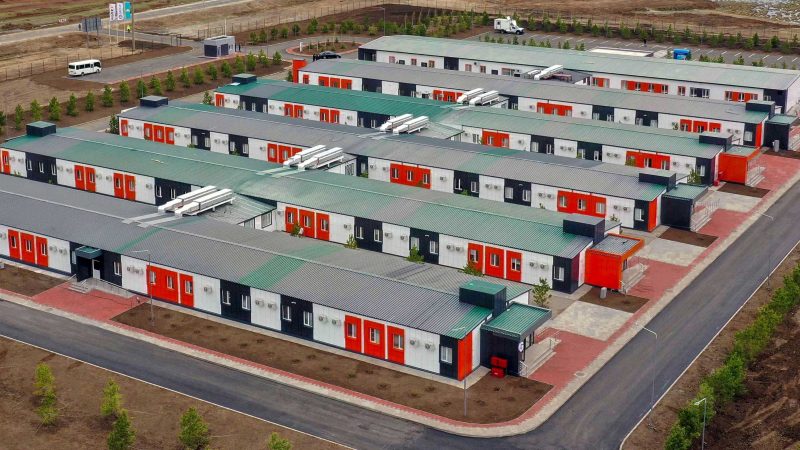 The hospital in Nur-Sultan, assembled out of modular blocks using the technologies for constructing prefabricated buildings, is designed for 200 beds. [Twitter]

The hospital, assembled out of modular blocks using the technologies for constructing prefabricated buildings, is designed for 200 beds and equipped with modern equipment to ensure the safety of medical staff and patients. According to the authorities, the hospital complies with all the standards of the World Health Organisation.

The total area of the hospital is of 7,000 square metres and the funds for its construction – 5.5 billion tenge (€11.7 million) – were allocated from the national budget.

President Kassym-Jomart Tokayev visited the new hospital, met with with the hospital staff and examined the medical units and wards, equipped with all the necessary equipment for treating patients.

Although Kazakhstan is not among the heavily affected countries, it takes the pandemic very seriously. 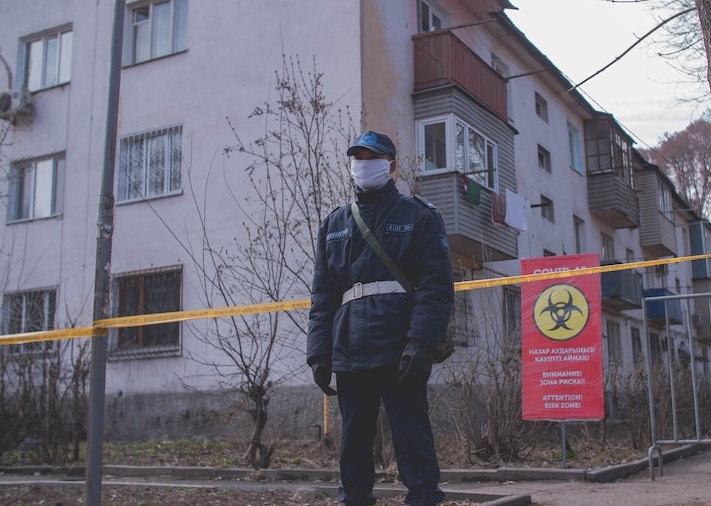 Despite the relatively small numbers of confirmed coronavirus cases and a first death reported on Thursday (26 March), the authorities in Kazakhstan, a country neighbouring China, are taking the coronavirus pandemic very seriously.

So far the country has reported some 2,300 people infected with COVID-19, of whom 560 have recovered and 24 have died. The country has enforced lockdown measures as part of a state of emergency.

On the economic side, Tokayev announced two packages of support measures whose implementation is underway, although the president recognized that it does not go without administrative blunders that cause “fair criticism of society”.

Up to now, 4,250,000 people have received financial assistance. More than 1.6 million citizens and 11,500 SMEs received a deferral of payments of loans totalling more than 360 billion tenge (€780 million).

Tax incentive measures have been extended to the benefit of more than 700,000 companies and individual entrepreneurs, which will allow them to save about one trillion tenge (more than €2 billion).

Despite all the difficulties, farmers continue to work. Some 200 billion tenge (€433 million) has been allocated for financing spring fieldwork and buying production equipment.

At the same time, the state commission for ensuring the emergency regime is ready to start softening the quarantine regime, primarily in areas and cities where the spread of the virus is under control.

The government will open flights from 1 May between the capital and the country’s biggest city, Almaty.

The health ministry is still faced with the task of increasing the volume of testing to at least 20-25,000 tests per day, which corresponds to leading international standards.

By 11 May, the government and the National Bank will present a comprehensive ‘plan for restoring economic growth’, including support for the most affected sectors.