Major General Igor Kirillov, Chief of the Radiation, Chemical, and Biological Defense Troops of the Russian Armed Forces, presents this visual for the alleged deployment of the US biological laboratories in the post-Soviet space in October 2018. [ritmeurasia.org]

Kazakhstan is not developing biological weapons or researching their possible use against other countries, its ministry of foreign affairs said on Saturday (2 May), denying allegations circulated in Russian and domestic media that the country is working on biological weapons similar to COVID-19.

The message by Kazakhstan’s foreign ministry stated that “due to the increasing cases of dissemination of false information in foreign and domestic media regarding the activities of biological laboratories in Kazakhstan”, the authorities find it necessary to bring to the public attention that “no biological weapons development is underway in Kazakhstan, and no research is conducted against any other states”.

The reaction follows publications in Russia alleging that Kazakhstan, as well as other former Soviet republics, are developing biological weapons similar, if not identical, to COVID-19, the projects being financed by the United States.

A Russian-language website named “Rhythm of Eurasia” published a long article on 7 April, quoting another website in Kazakhstan, which alleges that a source among the staff of the Central Reference Laboratory (TsRL) in Almaty, Kazakhstan’s biggest city, said the COVID-19 virus created by Kazakhstan scientists two years ago, “completely coincides’ with the virus at the centre of the current pandemic.

The same source claimed that the US Department of Defense is behind the project.

The publications also allege that the United States has created and is financing similar laboratories along Russia’s borders.

The official reaction also makes a distinction between biosecurity and developing biological weapons.

“Biosecurity issues are an integral part of the general national security system. Unfortunately, there are natural hotbeds of dangerous infections for humans and animals in Kazakhstan, such as plague, tularemia, brucellosis and others”, the foreign ministry said.

It explained that, in this context, the construction of the Central Reference Laboratory (TsRL) is a major instrument for strengthening biological security, and the national scientific and production potential.

“The CRL was created as part of the WMD Infrastructure Elimination Agreement between Kazakhstan and the United States. Funding was provided through the US Department of Defense under the Nunn-Lugar Program, which made a significant contribution to strengthening the WMD nonproliferation regime in Kazakhstan, Belarus, Russia and Ukraine”, the foreign ministry sates.

“Kazakhstan deliberately ensures the biological safety of all its neighbours in the vast Eurasian region from highly dangerous infections, the spread of which can quickly become the beginning of major epidemics without borders”, the foreign ministry concluded.

Although Kazakhstan borders China, the country at the origin of the pandemic, it has had relatively few cases of COVID-19. 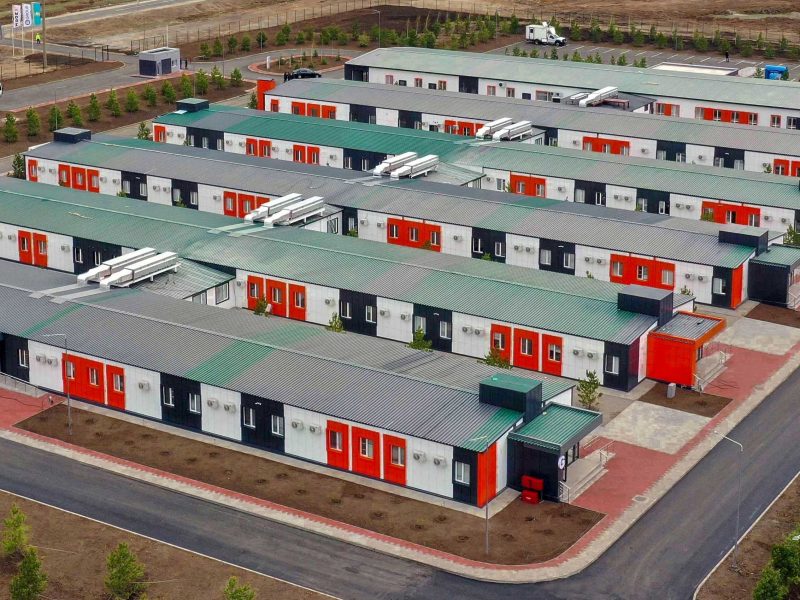