The main areas that the Central Asia region wants to focus on in the next years are environment protection and trade liberalisation. EURACTIV.cz reports from Nur-Sultan.

The Central Asia countries – Kazakhstan, Uzbekistan, Tajikistan, Kyrgyz Republic, and Turkmenistan – have been opening to the world in recent years. They want to take advantage of the New Silk Road Initiative, Eurasian Economic Union and the EU´s efforts to liberalise world trade.

Closer cooperation with the EU is important mainly for Kazakhstan, the region’s biggest country.

“The EU is the biggest trade and investment partner of ours. European investments make up more than half of all foreign investments flowing to Kazakhstan,” Kazakhstan’s Deputy Minister of Foreign Affairs Roman Vassilenko told EURACTIV.

However, Central Asia is important also for the EU, which adopted a new strategy for the region in June. According to Vassilenko, the document is an important step not only for mutual business but for future relations in general.

On top of that, a new Enhanced Partnership and Cooperation Agreement between the EU and Kazakhstan should enter into force this year.

“The agreement has been ratified by all legislative bodies but the Italian Senate. It covers dozens of areas including trade, investments, international security, infrastructure development, sport or tourism. Mobility of people is one of the priorities for us,” he added.

Mukhtar Yerman, the chairman of the Committee on Foreign Affairs, Defence and Security of the Mazhilis of the Parliament, shared this view.

“Our Parliament´s delegation regularly meets the ones from the EU. It is right, we are proponents of Eurasian cooperation. The idea of “Greater Eurasia” has been getting more popular, mass media have been using the term more as well as experts and politicians,” he told EURACTIV.

What does the term “Greater Eurasia” mean, actually?

“It is not just a geographic concept, it is also a geopolitical and geoeconomic concept which has been gaining importance,” he stressed and added that the Euroasian Economic Union or the New Silk Road Initiative are good examples of this phenomenon.

On the other hand, these initiatives are sometimes criticised for being a tool for Russia and China in their efforts to strengthen their geopolitics dominance. However, in Yearman’s view, cooperation is advantageous.

“The economic relations are developing very well, this creates new possibilities for all,” Yerman said.

The idea of Eurasian dominance in the 21st century was also discussed during the Meeting of Speakers of Parliaments of the Countries of Eurasia that was held earlier this week in the capital of Kazakhstan, Nur-Sultan. It was the fourth time the Conference took place, after Russia, South Korea, and Turkey. 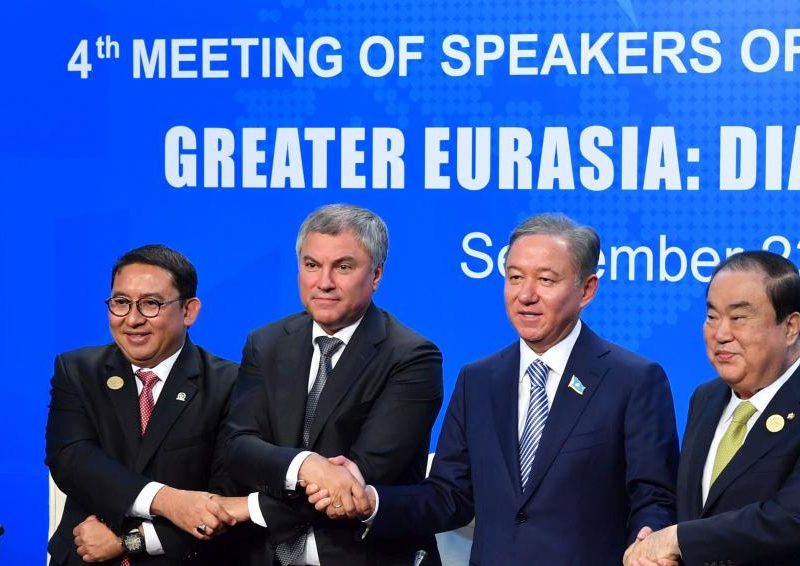 Climate change is the priority

Connecting and interdependence of Asia and Europe are not the most important for Central Asia, nevertheless. Priority number one is environmental and climate protection instead.

“The biggest issue we are facing is the lack of water and energy sources and population growth. Central Asia has 60 million inhabitants nowadays, but it should increase to 90 million by 2050. Climate change causes melting glaciers and drying lakes. And water is getting less,” Vassilenko stressed.

He added that the Kazakh government has committed to producing 30% of energy from renewable resources by 2030. For now, renewables account for just 5 %.

During the 2017 EXPO exhibition that took place in Nur-Sultan, Kazakhstan showed that climate change is really a problem. Their exposition was focused primarily on renewable resources, climate protection and sustainable development including smart cities. 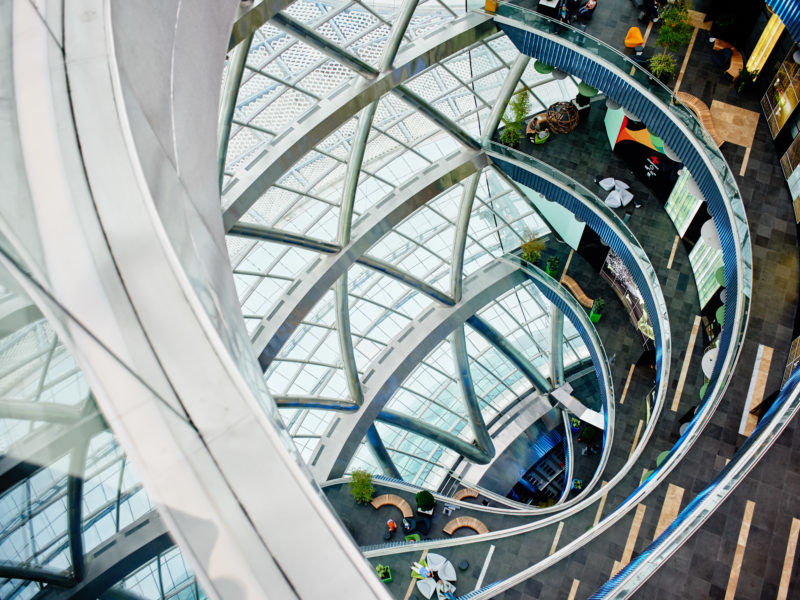 However, the environment is not the only thing the Central Asian states have in common. Countries have recently been getting closer also in trade, visa liberalisation or creating new air and railway connections.

The second summit of Central Asia heads of state took place earlier this year. The meetings are meant to get the countries closer to each other in political, economic and security areas.