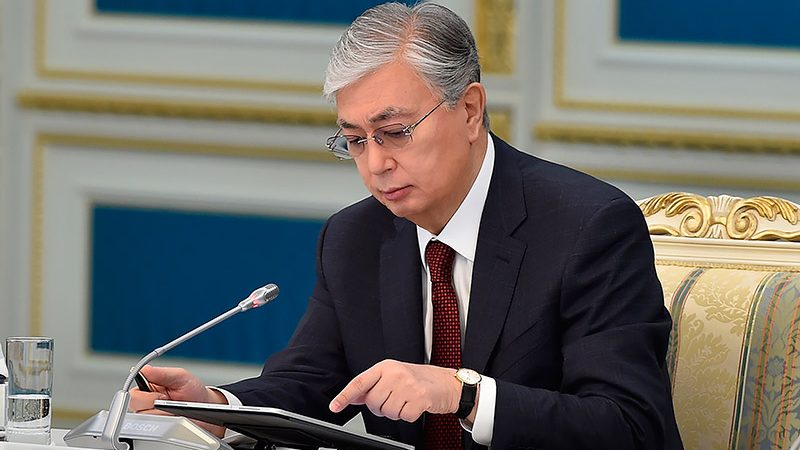 A photo of the President of Kazakhstan Kaasym-Jomart Tokayev from the presidential website.

Kazakhstan’s President Kassym-Jomart Tokayev has announced a national referendum on his proposed amendments to the county’s constitution and warned against what he described as “provocateurs who are trying to undermine the unity in the country”.

Tokayev’s move should be seen in the context of the reforms he proposed after the January unrest, which revealed the Central Asian country was more fragile, socially and politically, than generally thought.

In March, Tokayev proposed constitutional reforms to limit the powers of the president’s office, arguing that the country needed to switch from “super presidential” rule to a presidential republic with a strong parliament. 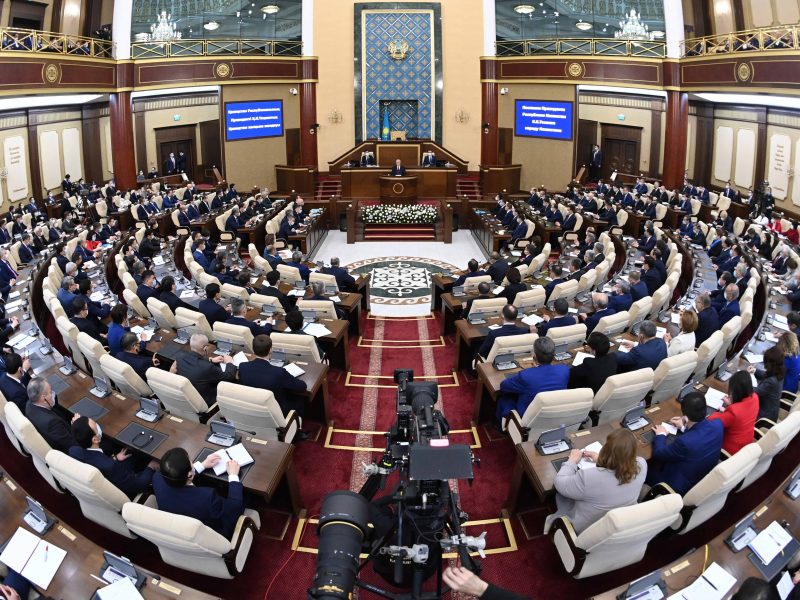 Constitutional reforms to limit the powers of the president’s office have been announced by Kazakhstan’s President Kassym-Jomart Tokayev, who says the country needs to switch from “superpresidential” rule to a presidential republic with a strong parliament.

On Friday (29 April), Tokayev’s office sent a draft law to the Constitutional Court for consideration, containing proposals to amend thirty-three articles of the constitution, more than a third of the country’s basic law.

On Friday, he announced an initiative to hold a national referendum to vote on his proposed constitutional amendments. The date has not been announced, but according to Kazakhstan’s laws, referendums must take place between one and three months following their formal approval by the president.

The amendments include limiting presidential powers, giving more power to the Parliament and making it more representative by replacing the proportional system of elections with a mixed majoritarian-proportional one and significant decentralisation of power with more competences given to regional and local authorities.

Other changes concern the consolidation of human rights protection mechanisms, including the Ombudsperson’s office and establishing a Constitutional Court to which citizens could make appeals.

“I have initiated amendments to the Constitution, which are fundamental in nature and significantly alter the country’s political system. We are transitioning to a new state model, a new format of interaction between the state and society. This qualitative transition can be called the Second Republic,” said Tokayev addressing the assembly’s meeting.

Kazakhstan held its last referendum in 1995 when the current Constitution was adopted.

“I believe that amending the Constitution through a popular vote will be a vivid demonstration of the will of the people,” Tokayev said.

The president also announced the gathering of a National Congress within a month, a new institution to encourage further comprehensive public discussions involving government officials and civil society representatives.

Tokayev also mentioned inter-ethnic issues, stating that “it is also unacceptable that high values of patriotism are replaced by base feelings of ethnic superiority, and mutual hostility and hate speech are promoted instead of friendship and unity.”

Kazakhstan’s officials like to emphasise their country’s tolerance and tranquillity, home to over 130 ethnicities. However, bouts of ethnic strife have been reported in recent years.

Tokayev described the assembly’s role as a “solid institutional pillar of policy of peace and harmony.” These are guiding values for Kazakhstan, he said.

“We felt the importance of these values clearly during the January events. These dangerous days are now behind us. Eventually, we will come to understand the dangers we face. In fact, we were almost close to losing our nationhood,” said Tokayev, emphasising that the nation must learn the lessons of the January unrest.

However, the investigation of the January unrest has not yet been made public, and the alleged role played by Islamist extremists is still unclear.